(RNS) — When you’re looking over your shoulder for skulduggery from Joe Biden and antifa, you may lose sight of mischief from Korean boy bands. The Trump campaign’s wild attendance predictions for its rally in a 19,000-seat stadium in Tulsa, Oklahoma, on June 20 may have been the result of a massive mobilization of K-pop fans, who later claimed to have reserved tickets on Twitter and video platform TikTok to reserve tickets with no intention of showing up.

The rally, which the campaign boasted got as many as a million sign-ups, had a final attendance of 6,200 people. An outdoor speech to an expected overflow crowd was canceled altogether.

Political organizers from both sides of the aisle later cast doubt on the TikTok Effect, which might be chalked up as another surreal stalking horse for truth in the increasingly bizarre annals of 2020: the political relevancy of K-pop stans falling somewhere between the president suggesting that people inject their lungs with bleach to cure the coronavirus and the proliferation of murder hornets. 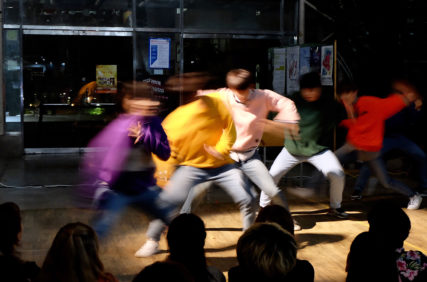 But the melding of fan culture and political activism, if it didn’t determine the Trump no-shows this time, is only a matter of time. The cult of the extremely online, when merged with young people’s growing political awareness and the urgency of fandom, has the makings of a freewheeling anti-institutional force.

For young Americans, the internet is not just a disembodied space in which to gather, but a new way to think about gathering: one that rejects top-down, hierarchical modes of information transmission in favor of decentralized, creative autonomy. It’s equal parts social movement and new religion: offering participants at once the communal catharsis that sociologist Émile Durkheim called “collective effervescence,” and a sense of shared meaning that is increasingly rare in our fractured age.

It’s not for nothing that a full 36% of Americans born after 1985 say they belong to no organized religious tradition, compared with just 23% of Americans overall, although most still say they maintain faith in a higher power.

Fan culture typifies internet culture as a whole, reflecting broader shifts in how we think about — or reject — broader civic institutions. It allows members to transcend their physical bonds to seek out like-minded people across the country and create communities based on affinity, not geography. No less importantly, it allows people to think of themselves as engaged co-creators of content as much as the previous generations considered themselves passive consumers.

Take Harry Potter. Between the publication of the first and fourth Harry Potter books, in 1997 and 2000, respectively, at-home internet usage in the United States shot up from 19 million to 100 million Americans. Fans, newly able to find one another on message boards and forums, didn’t just gather to discuss J.K. Rowling’s books, but to rewrite them, using the original stories as the basis for a dizzying collection of fan fiction (Fanfiction.net today hosts almost 750,000 Harry Potter stories and counting).

Fans didn’t just read the books they loved, they took ownership, transforming them into a catchall cultural property and even — sometimes — a political movement. In March 2018, for example, students at the March for Our Lives gun control rally held up so many Harry Potter-themed placards — from “Hermione uses knowledge, not guns” to “Dumbledore’s Army still recruiting” — that Teen Vogue ran a listicle exclusively devoted to the march’s best Harry Potter sign.

Since the early 2000s, internet fans have become used to influencing TV shows’ creators or, as fans of the CW’s sci-fi series “The 100” did in 2016, demanding apologies for a character’s fate —in the CW’s case, the death of Lexa, fans felt, had played into a ubiquitous and offensive “dead lesbian” trope. After J.K. Rowling alienated many of her readers in the past month with transphobic comments, fans maintained that the world of Hogwarts remained not hers but theirs: advocating that Hogwarts remain “ours to keep.”

This combination of solidarity and individualism has for years been making its way into reactionary, anti-institutional politics. Milo Yiannopoulos and Mike Cernovich, both often associated with the modern alt-right, for example, first made their names covering the 2014 #Gamergate controversy, in which a minor internet flare-up between video game designers and reviewers sparked a furious, death-threat-laden flame war that drew battle lines between mostly male gamers and those they deemed “social justice warriors” — often women with the temerity to advocate for better female representation in “their” video games.

On the eve of the 2020 elections, Gen Z-ers are on the verge of using their digital tools to counteract the political establishment. The alliance between K-pop stans and social justice activists shows how the 2020 election may result in a new kind of democratic, less hierarchical, nation, in which America is not only of the people and for the people, but ours to keep.