(RNS) — In July, Dr. Allen Bergin, a renowned psychologist and former member of the LDS Sunday School General Board, apologized for “being part of a professional, religious, and public culture that marginalized, pathologized, and excluded LGBT persons.”

Bergin had a successful career from the 1960s through the late 1990s, studying theistic values and the role of religion and spirituality in psychotherapy. He was president of the Association of Mormon Counselors and Psychotherapists and respected for his ability to bridge psychotherapeutic and LDS communities. At the same time, Bergin engaged in devoted service to the Church of Jesus Christ of Latter-day Saints, serving as a bishop, stake president, and Church Education System missionary.

For the majority of his career, Bergin opposed LGBT rights, believing that LGBT people could experience sexual orientation change through therapy, self-discipline, and heterosexual marriage. Perhaps most infamously, Bergin was quoted suggesting that the average gay man had between 500 and 1000 partners.

However, recently, he has had a change of heart, which appears to be motivated by personal experiences. In his apology, Bergin writes that he is a father of two gay sons and a grandfather to a gay grandson, stating, “I’ve been given a personal education that has been painful and enlightening.”

As a queer psychologist and former member of the LDS church, I am impressed with the courage it must have taken for Bergin to publicly apologize for the harm that he has done. In particular, Bergin effectively apologized for poorly treating LGBT individuals without implicating any decrease in commitment to the LDS Church. All too often in discussions of gender, sexuality, and faith, LGBT and religious individuals are pitted against each other in ways that are not accurate or fair. Ultimately, as Bergin’s apology shows us, healing can be found in understanding differing points of view and seeking not to perpetuate harm.

So: What’s next? What is the path forward for gay Latter-day Saints?

For me, one vital aspect of the path forward is gathering more information. My research focuses on giving voice to LGBTQ Mormons as they are navigating their sexuality, gender, and faith. Together with my colleagues, we analyzed data from over 1,000 LGBTQ Mormons in the 4 Options Survey 2016 that looks at four ways that people tend to navigate relationship decisions: 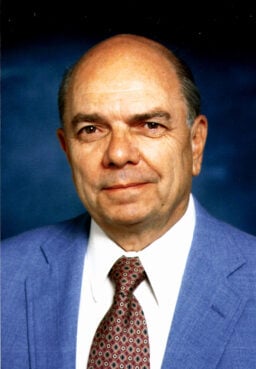 In this research, a few findings related to Bergin’s apology have become clear. First, we now know that the majority of LGBT people do not report changes in their sexual orientation through therapy or other change techniques. Indeed, many report that these efforts—like the ones Bergin initially proposed as cures for homosexuality—have been harmful.

It has also become evident that LGBTQ Mormons are healthiest when they are meeting needs for connection, intimacy, and mutual understanding, regardless of which of the four ways they take to navigate relationship decisions. Of all the variables we thought might predict health, this variable surpassed all others in the strength of its relationship to health.

Acts like marginalizing, pathologizing, and excluding LGBTQ persons—things that Bergin says he once did as one of the “the traditionalists who believed that homosexuality was a disorder and that it could be treated and changed”—make it more difficult for LGBTQ Mormons to find this connection, intimacy, and mutual understanding.

Finally, the research shows that there is no single “best” way for LGBTQ Mormons to navigate relationship decisions. Some find satisfaction and health in pursuing same-sex relationships or medically transitioning, while others find it in their devoted engagement to the LDS Church. Regardless of life choices, the data consistently indicate that people are happiest living the lives that they choose.

Currently, my colleagues and I are recruiting LGBTQ Mormon participants to be part of a study to understand how they find health and satisfaction in whichever life path they choose We would love to hear the voices of those who are LGBTQ or same-sex attracted and have ever been baptized a member of the Church of Jesus Christ of Latter-day Saints.

Though it is not clear that Bergin is familiar with this research, he embodies some of its clearest take-aways in his public apology. He encourages people to “Stop. Listen. Learn. Love.” He says we should “apologize and compensate those of God’s children who have been afflicted by our treatment of them when they should have been embraced and loved. Give them their rightful place in society and in church so they may be nurtured and progress in their spiritual, social, and professional lives.”

Bergin closes by promising to continue his efforts to love and value all people for as long as he lives.

Perhaps for you and me, instead of worrying about whether sexual orientation change is plausible or even desirable, we can ask ourselves if we have taken the time to stop, listen, learn, and love.

On Oak trees, LGBTQ issues, and the exclusive Mormon heaven