(RNS) — Binta Diallo and her friends were nearly finished binge-watching “Love Is Blind” when the idea hit.

What if they created their own virtual adaptation of the Netflix dating reality show, stripped down for the coronavirus era, but created by and for Muslim millennials?

“We were just like, ‘Hey, what would this look like in a Muslim version?’” Diallo said. “Quarantine hit and we didn’t really have much else going on, and there wasn’t really a way to meet someone besides going to the grocery store.”

With mosques closed and Islamic conventions and other religious gatherings cancelled, finding a spouse in a halal, or Islamically permissible, way felt like a hopeless cause for many Muslim singles seeking a spouse.

In April, Diallo and a friend launched Eye Meets Soul, a virtual blind matchmaking experience for U.S. Muslim millennials. The pair hoped to help Muslims of all backgrounds “take a leap of faith.” They designed the project so that personal appearance, race and ethnicity would not be first considerations.

Both founders are Muslim young professionals of African heritage who have themselves been looking for years to get married but say they’ve found making a match particularly difficult as Black women. (Diallo’s cofounder asked that her name not be included for privacy reasons.) 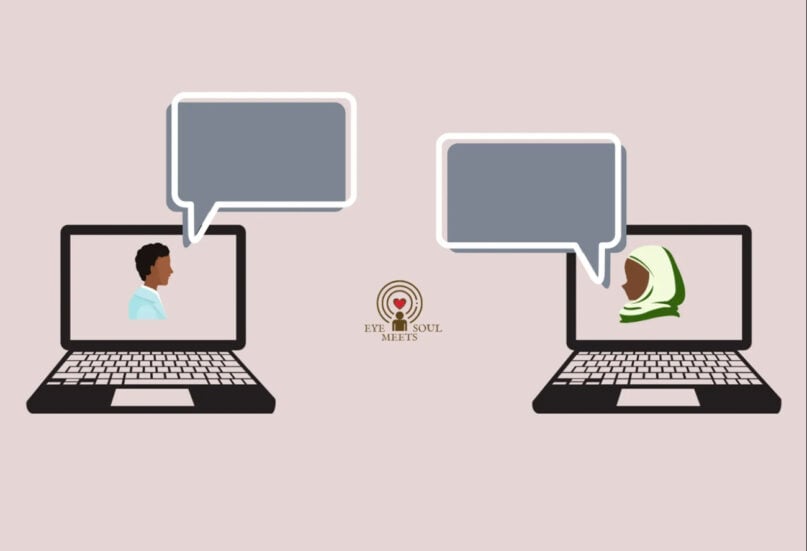 In “Love Is Blind,” a TV series that became an instant hit among viewers cooped up at home amid a pandemic, contestants spent several days speed dating without ever laying eyes on one another. Couples who fall in love agree to get engaged, sight unseen.

“We didn’t want to, necessarily, erase physical attraction completely,” Diallo said. “We did everything with intention and prayed on it. In our faith tradition, the Prophet Muhammad mentioned the beauty of a person as one of the four attributes you should look after. So we’re not saying that doesn’t matter.”

Instead, the creators said, they hoped to give participants a rare chance to first get to know a potential partner through “conversations of the soul.”

They were particularly inspired by interracial “Love Is Blind” couple Cameron Hamilton and Lauren Speed, who fell in love on the show without knowing one other’s race and who are still married as of August.

“We definitely wanted to think through how we could do that,” she said. “We wanted to try to challenge our own selves, even, see how our minds work, if we are able to get to know someone without looking at the physicalities first.”

But almost immediately, the organizers found themselves dealing with the reality of anti-Blackness in the Muslim marriage market, just weeks before racial justice movements nationally left Muslims across the country grappling with racial equity in their own spaces.

“I mean, we aren’t naive,” said Diallo. “We know this has been happening within our communities for a while, but I’ve never had it just so blatantly happen to me.” In arranged marriages, the families of the bride and groom do most of the vetting for the relationship. Photo by Gift Habeshaw/Creative Commons

In April, when Eye Meets Soul held its first session, organizers randomly selected 10 men and 10 women from the 50 applications they received after posting about the project on Instagram. Each of the singles spoke to two people daily for five days.

Through Zoom, the pairs spent an hour discussing deeply intimate questions about one another’s values, desires and futures. But they could only hear the other participant’s voice. No photos or names were exchanged, and participants used an alias.

Each single selected his or her top two choices. If there was a match, Diallo connected the pair offline so they could pursue things on their own. Out of the potential 10 couples, three matches occurred. One particular relationship seems to be thriving, she said.

Others never even had a chance.

Despite hiding the singles’ identities and faces from one another, some participants would ask one another “microaggressive” questions about whether they spoke Arabic or if they were converts as a proxy for race, organizers said. Some asked directly about race or assumed others’ backgrounds based on their voice.

Two days in, one participant told Diallo they did not want to speak with another participant because they could “tell” they were Black, and their parents would not approve of such a match.

“It took me aback, and it was really hurtful,” Diallo said. “Just the fact people are so blatant about that, it really does hit home, especially during the time we were going through in our community and the world.”

About a fifth of Muslims in the U.S. are Black, including those who are African American and African. But the majority of U.S. Muslims come from Arab and South Asian backgrounds. While most Muslims tend to marry other Muslims, intermarriage between Muslims of different racial and ethnic backgrounds remains relatively unusual.

When participant Nailah Dean, a 27-year-old lawyer in California, met “Chai Lover,” she felt an instant connection. The pair bonded over their mutual passion for writing — Dean, who is working on a memoir about dating as a Muslim, introduced herself as “The Writer.” They were so wrapped up in their conversation that they were surprised when the timer struck 60 minutes. 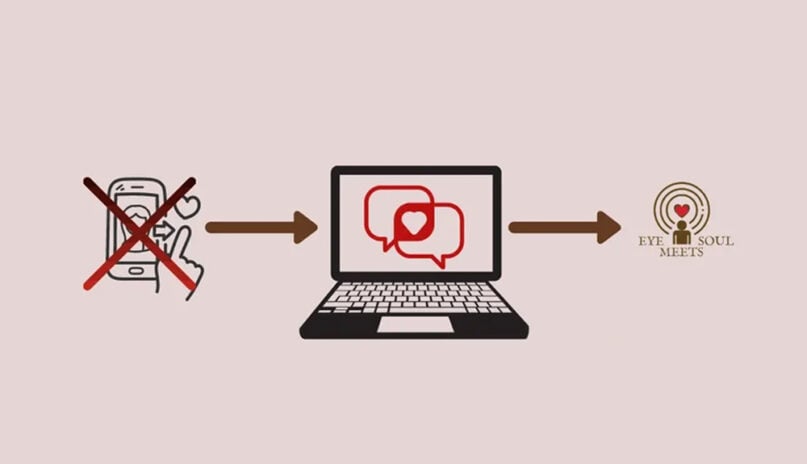 There was just one moment of hesitation in their conversation. When “Chai Lover” brought up his requirements for a spouse, he noted he was looking for someone who shared his South Asian culture. Dean told him she was Black and Latina.

“I don’t know if that will make a difference in your decision to want to connect offline, but it’s been a reoccurring issue,” she said. He wished her luck finding someone “more open-minded” and did not write her name among his top choices.

Despite several such experiences, she still supports the project and its founders.

“We need some innovative strategies to meet like Muslims nowadays in our community,” Dean said. “Because the traditional ways are not working, and even the apps aren’t working. And if the situation was already bad before, this is 10 times worse in the age of the pandemic.”

Even as traditions of arranged and semi-arranged marriage remain popular among many young Muslim singles, marriage apps have exploded over the past few years, with apps like Salaam Swipe, Eshq and Inshallah reshaping the landscape for modern-day Muslim courtship. Many laud the platforms for allowing young people to take charge of their own marital prospects without relying on their parents, community leaders and other elders to scout matches.

But critics say the apps only mirror the racial biases and tensions that have long existed in the Muslim marriage market. On many such platforms, when non-Black users can see someone is Black, that becomes “an automatic deal breaker,” Eye Meets Soul’s creators said.

Take the app Minder, which boasts more than 500,000 users. Several reviews of the app describe it as “useless” for Black Muslims, and multiple reviewers requested the app team should add an option to list the desired ethnic background for their partner. “Let’s face it there is race bias in Muslim community and it will save a lot of time and frustration,” one user said.

Or take Muzmatch. The service describes itself as “one of the leading Arab dating and Muslim dating apps,” promising users they can “find an attractive Arab or Muslim woman” on the platform. Black people are few and far between on the app’s marketing.

Eye Meets Soul’s creators haven’t given up hope. As racial justice protests broke out after the police killing of George Floyd, the founders pressed pause on the program and began to think about how to make the matchmaking experience “a catalyst for change” in young Muslim spaces.

Last time, the creators assumed applicants would understand they may meet people of all backgrounds. This round, they’re taking no chances with their fellow Black Muslims’ hearts.

Applications for the second session, scheduled for early September, are open. About 50 people have already applied. Each candidate will go through a pre-selection interview that emphasizes the participants must be seriously open to marrying people of other ethnic and racial backgrounds.

“This is for those who are open to love another, regardless of race, culture, or ethnicity,” the form states. Those who have specific preferences regarding those, “please do not apply.”

Religion Hub
Prayers go on, sometimes out of sight, in prep football
Follow us on Facebook!
Submit your photos to RNS