(RNS) — An Idaho couple, Chad Daybell and Lori Vallow, have been in the news since last year, after the disappearance of Vallow’s two children. In June investigators focused on the two when remains of the girl and boy were found on Daybell’s property in rural Idaho. Media fascination with Daybell and Vallow intensified when the pair turned out to subscribe to a strain of apocalyptic beliefs spurred by Daybell’s own religious imaginings.

Christopher Blythe, a faculty research associate at the Neal A. Maxwell Institute for Religious Scholarship at Brigham Young University and the author of the new book “Terrible Revolution: Latter-day Saints and the American Apocalypse,” talked in a recent interview about the case. The interview has been edited for length and clarity.

Where do the Daybells fit in the story of LDS apocalyptic ideas?

I’ve been writing a lot about the Daybells! Chad Daybell started as a fiction author. Fiction is a great way to publicize apocalyptic ideas if you’re LDS, because there’s no controversy in writing fiction. Everyone accepts that it’s fantasy, which allows the author to speculate on how the end will come about without entering the realm of prophecy, like the Left Behind book series has functioned for many evangelicals. Chad was also a publisher who focused on the niche of near-death experiences and end-times visions. He discovered a woman named Julie Rowe, who was very popular for a time, until she faced backlash after some began to question the accuracy of her visions. 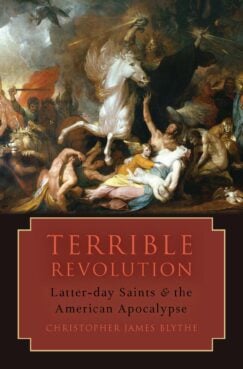 About this time, Chad revealed that his novels were based on events he had seen in his own visions. He became an important voice in certain LDS prepper communities. I decided to not write about Daybell in “Terrible Revolution” because I didn’t think he was as interesting as other examples such as Rowe and “Spencer,” the author of the popular “Visions of Glory.”

Chad, from all appearances before his present notoriety, was supportive of the LDS church. He was a member. He just claimed, like these other visionaries, that God had revealed to him events leading up to the Second Coming. That said, he gradually embraced more unusual theological ideas like reincarnation, energy work and various conspiracy theories.

Where did these ideas come from?

Chad seems to have pulled from ideas that were circulating among other visionaries, including some who, like Rowe, had become controversial over the years. I think some of his ideas may have been influenced by Michael Stroud, who was excommunicated a couple of years back for promoting unusual ideas. Stroud’s teachings emphasized demonic possession, as well as the ideas of portals that Chad was apparently into. There were several visionaries that became interested in energy work, what Pentecostals call “deliverance ministry” — that is, ideas related to possession and exorcism, and reincarnation.

This emphasis on demonology — that evil spirits may attach themselves to us — seems to have been particularly important to Chad and Lori Daybell. Before Stroud and Rowe, these ideas seem to have been first popularized by another sort of alternative LDS teacher, Douglas Mendenhall. His daughter had a near-death experience, and when she came back she started talking about satanic hierarchies, and how you can fight evil through spiritual weapons, and all sorts of other ideas that are more traditionally Pentecostal than they are Mormon. 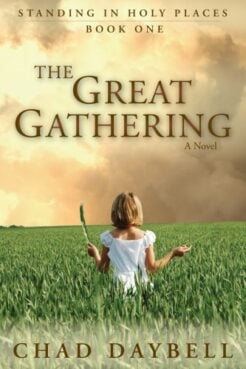 One of Chad Daybell’s apocalyptic novels for a Latter-day Saint audience.

How are these ideas related to what may have happened to the two children?

All of this looks like another chapter in Jon Krakauer’s book “Under the Banner of Heaven,” which depicts Mormonism as an inherently violent faith. But this isn’t blood atonement ideas from the 1850s; it isn’t Abraham being commanded to kill Isaac, or Nephi’s killing of Laban. This is a different theology than we have seen before in Mormon circles. This is a disturbing idea that (people) are possessed, and that their souls can’t inhabit their bodies anymore. By destroying their bodies, those souls can move on. …

It’s important to say that this is not an idea I’ve ever seen promoted by anyone else in any Mormon group. The idea that you could become possessed to the point that you would lose your full identity, and that an evil being could take over your body completely, is not a Latter-day Saint teaching. We see it in popular culture, in Massachusetts in the 1700s, and in some Pentecostal accounts. But I’ve never seen an LDS account that claimed someone’s identity was permanently taken over.

While there is not an LDS precedence for these ideas, this isn’t the first time someone has murdered a loved one because they believed that loved one was possessed. This delusion is sometimes called “the capgras delusion” — that someone is impersonating your loved one. A historical example when capgras delusion led to a high-publicity murder occurred in Ireland in 1895 when Michael Cleary killed his wife, Bridget, having come to believe that a changeling was impersonating his wife. He thought Bridget had been abducted and taken to fairyland.

Of course, I think it’s unfair to associate Latter-day Saints with such disturbing beliefs. Violence is not an inevitable trait of last days beliefs.

In the media, Chad Daybell is frequently referred to as a cult leader. Do you think they were forming their own LDS schism?

Maybe. Chad was important to a large movement of preppers, but they didn’t think of him as an ecclesiastical leader. He had a very small group of insiders, and those are the ones we’re learning about. Daybell seems to have emphasized the idea of a Millennial Church that was being formed under his direction: The LDS church is still God’s church, but the Church of the Firstborn, this elect group of special individuals, is also coming together for a special role to prepare for the Second Coming.

Chad’s not openly saying, “I think I’m going to be the prophet of this new movement,” but he’s beginning to share some things, like “The prophets have to be silent right now, so you need to listen to me.”

More privately, he allegedly tells Julie Rowe that Peter, James and John have appeared to him and given him priesthood keys. In Mormonism, that’s often how would-be prophets have communicated that they are on the verge of forming a new church.

This is the second part of a two-part interview. The first, which is available here, explored the history of Mormon ideas of the end times and how those have changed over time.

Mormon “prepper” group says the end of the world is coming this month. Oh boy howdy. (9/15)

What kind of people will Mormons be in a global apocalypse? (3/20)