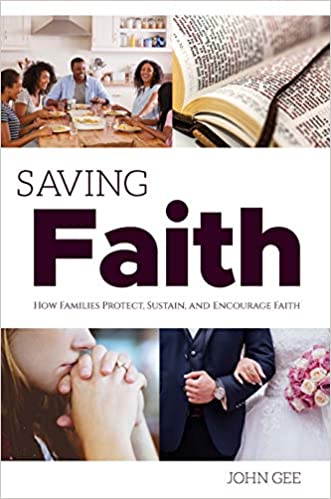 (RNS) — Last month, the Brigham Young University Religious Studies Center halted publication of “Saving Faith: How Families Protect, Sustain, and Encourage Faith” by BYU professor John Gee, an Egyptologist who generally writes about the Book of Abraham but here attempts to synthesize secondary literature in the sociology of religion. According to the publisher, the book is currently under additional review.

The controversies about the book hinged upon some problematic statements the author made about sexuality, including that victims of sexual abuse “are more likely to become sexual abusers of children” themselves, and that “homosexuality is related to childhood sexual abuse.”

I won’t address those problems here, as they have been very competently discussed elsewhere and were a small portion of the book. But I’d like to weigh in on the larger problems in how Gee treats sociological research, particularly since he utilizes the data that Benjamin Knoll and I collected for “The Next Mormons: How Millennials Are Changing the LDS Church” (Oxford, 2019).

Let’s start with the positive. In discussing those who leave Mormonism, Gee acknowledges that “there is often not one single reason” and delves into several common possibilities why people leave, rejecting any overarching Grand Unified Theory. Given that narratives about religious defection can often be oversimplified (e.g., people got offended by something trivial, wanted to have sex outside of marriage or read anti-Mormon sources about church history), this was good to see. I also like that he draws on outside research about what is working to help with young adult religious retention, like devotional practices at home.

But the problems are manifold. First, the book downplays how serious the exodus is becoming. While it’s one thing to look on the bright side and emphasize the fact that according to the National Study of Youth and Religion, the longitudinal study Gee cites most often, Latter-day Saints who remain in the church have deeper religious commitments than other people their age, you just can’t spin this as all good news.

According to the most recent wave of research in that same study, published earlier this year, only 61% of the participants who were Mormon as teenagers still claimed that religious identity as adults. That finding is consistent with other national studies from Pew, the General Social Survey and the Public Religion Research Institute, in which the LDS retention rate in recent years has ranged from a high of 64% to a low of 46%.

Losing 4 or 5 of every 10 young Latter-day Saints is not something to whitewash, even if Catholics and mainline Protestants are losing even more adherents in this challenging religious landscape.

A second problem is that Gee seems to be reading mostly scholars who agree with him, while neglecting important researchers who have reached opposite conclusions (Darren Sherkat, Phil Zuckerman) and even those whose conclusions would support at least some of his critiques (Linda Woodhead, the later writings of Peter Berger).

Thirdly, the book sometimes makes simplistic conclusions about complicated issues. He argues many times that secularization is merely a narrative told and retold by social scientists who are themselves agnostics or atheists, and that they persist in this untrue narrative because it legitimates their own irreligion. He asserts early in the book that secularization theory is “promoted by social scientists, 61% of whom describe themselves as atheists.” Considering that only 4% of Americans identify as atheists, that 61% figure seemed highly improbable, so I read the original study he cites in the book — which he has substantially misinterpreted.

What Neil Gross and Solon Simmons said in their 2006 research was that atheists and agnostics were “more likely to be found in some disciplines than in others,” and that the fields of psychology and biology led the way at 61%. So rather than claiming that 61% of all social scientists “describe themselves as atheists,” it would be accurate to say that one 2006 study showed that 61% of psychology professors who were then teaching at American institutions of higher education described themselves as atheist or agnostic.

In a further attempt to show that professors are undermining college students’ faith, Gee also misinterprets other findings about religiosity on campus. He correctly quotes one study saying that one-third of college professors have unfavorable views toward Mormons but then follows that up by stating, “Thus faculty members tend to have negative feelings toward Latter-day Saints.”

For starters, this ignores the fact that according to the study, two-thirds of professors did not express negative feelings, and gives the impression that anti-Mormon bias was somehow universal among faculty.

Moreover, he neglects the larger context given in the study, in which professors’ views toward members of some minority religious groups were noticeably more positive than the views of the general population. While it’s unfortunate that a third of professors held negative views of Mormons, only a third of the general population had positive views of Mormons (35%). This means that Gee’s depiction of faculty members somehow singling out Latter-day Saints for censure is an unfounded interpretation of the actual research.

These are small but telling examples, revealing the way Gee takes research out of context to suit his own narrative, all the while claiming that it’s other people who are pushing a narrative.

This is what he does with “The Next Mormons,” the study I conducted with Knoll. On the one hand, Gee falsely characterizes it as a nonrepresentative snowball sample, in which responses are obtained by people sharing the survey over social media. Snowball samples are problematic because even though they can quickly and cheaply generate a large sample size, they are echo chambers of like-minded people. As is made abundantly clear throughout “The Next Mormons,” particularly in the methodology appendix, this is nationally representative data, and not a snowball survey.

Gee’s misrepresentation about the data doesn’t stop him from quoting from it when it suits his purposes. For example, our finding that youth who had attended seminary all four years of high school were more likely to stay in the church as adults is restated in his book. Gee also points to our discovery that only one historical issue (the historicity of the Book of Mormon and/or Book of Abraham) appeared among the top 10 reasons for people leaving the church, since it fits his theory that doubts and intellectual issues are not the primary reasons why people leave.

He also cites one of my oral history interviews in which a former member described losing her faith in Mormonism when she was exposed to another religion in a favorable light, because her defection supports his idea that “uncritical acceptance of ill-considered notions of diversity has a tendency to lead people out of the Church.” He presents her interview as a cautionary tale of what could happen when LDS young people learn positive things about other religions, which was not the point of the story.

This book is not entirely bad. I think Gee is right to examine some of the claims and ideological underpinnings of secularization theory, for example. He is also right to tell Latter-day Saint families that religious exodus is not inevitable: Even though we are living in a deeply challenging landscape for religion, there are things that individuals and families can do to help promote faith.

But he doesn’t offer new research of his own, and he plays too loosely with the research of others to make this worth recommending. The book may have disappeared from the shelves because of what the author said about sexuality, but the publisher’s decision was the right one even outside of what the author or others might be tempted to dismiss as an example of “cancel culture.” The book is an inaccurate and skewed reconstruction of other people’s research in the sociology of religion.

Is the rise of the nones slowing? Scholars say maybe 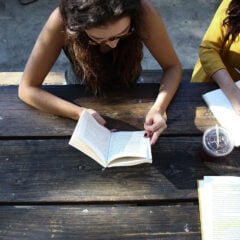 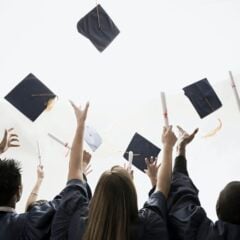