(RNS) — For the past 25 years, the number of Americans claiming no religion has steadily ballooned as more and more people quit church, synagogue or mosque and openly acknowledged being a  “none.”

The reality is particularly stark when looked at from a generational perspective. If 10% of people from the silent generation (born 1928-1945) consider themselves religiously unaffiliated, a whopping 40% of millennials (born 1981-1996) say they have no religion, according to Pew Research.

But this week, three political scientists who study religion have raised the possibility that the number of nones may be leveling off. Looking at a set of recent surveys, they suggest Generation Z, broadly defined as the 68 million Americans born after 1996, don’t look any less religious than the millennial generation that came before.

“I was just shocked to see it,” said Paul Djupe, a professor at Denison University in Granville, Ohio. “Everything led me to expect that (the number of nones) would keep increasing for a while.”

The initial suggestion that the decline of religious affiliation seems to be slowing came from political scientist Melissa Deckman of Washington College in Chestertown, Maryland. Deckman interviewed 2,200 Americans ages 18-23 this past summer, asking them a host of questions, including whether they have a religious affiliation and how often they attend religious services.

When she compared those numbers to a 2016 Public Religion Research Institute survey, she found striking similarities between those in her study of Generation Z and older millennials. In both generational cohorts, 38% said they consider themselves to have no religion. 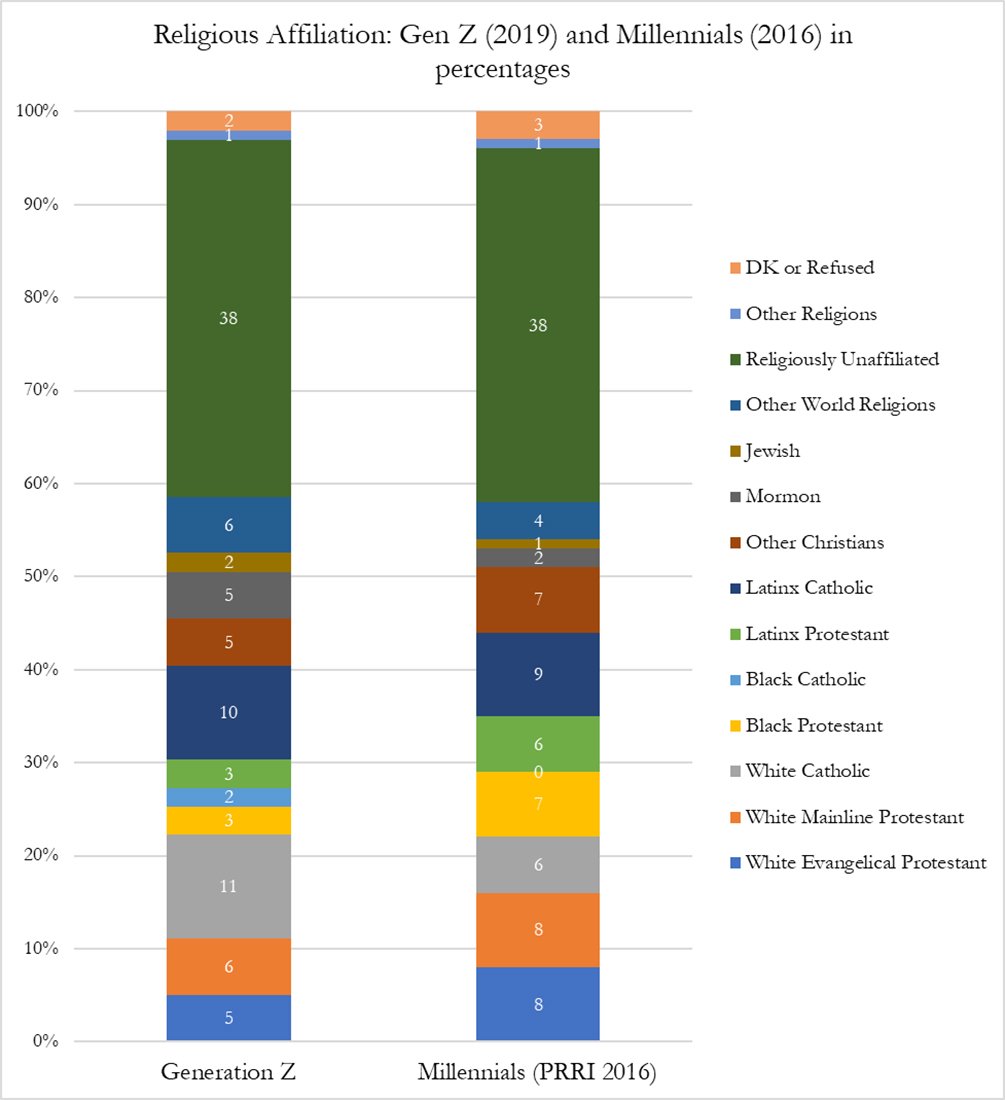 “Up to this point there’s been a very fast drop-off, especially among younger people,” Deckman said. “It seems to have slowed somewhat.”

Two other political scientists – Djupe and Ryan Burge — then looked at other datasets, including the 2018 General Social Survey, the Cooperative Congressional Election Study and a Voter Study Group. They found those surveys confirmed Deckman’s thesis about slowing rates of religious disaffiliation among Gen Z.

There are a couple of possible explanations for the slowing of religious decline:

The United States will soon be a minority-majority country. Scholars project that might happen between 2041 and 2046, depending on the amount of net immigration into the U.S.

That’s important in terms of religion because minority groups such as African Americans, Hispanics and immigrants from Africa and Asia tend to be more religious than American whites. Deckman, for example, found that 67% of Gen Z Hispanics and 66% of Gen Z African Americans have a religious affiliation, compared with only 58% of Gen Z whites. As the pool of whites shrinks, other groups— particularly immigrants —  may be growing and they tend to be more religiously attached and attend services more often.

The culture war sorting is mostly over

The past few decades have been marked by a host of divisive social and political issues, including abortion, women’s rights, LGBTQ rights and same-sex marriage. Many religious congregations used to be a lot more diverse on a range of issues. But they have become less so, as both liberals and conservatives have joined up with like-minded congregants or dropped out of religion altogether. While the United Methodist Church is still in the midst of that kind of sorting — the denomination is expected to split on the issue of LGBTQ inclusion — many other denominations have already completed that process.

This is a related phenomenon. Americans once embraced their religious identities. They are now more willing to admit they don’t have one because it’s no longer socially desirable to declare an affiliation.

“A lot of marginally attached Protestants and Catholics who went once a year used to say they were Catholic or Protestant,” said Burge, a political scientist at Eastern Illinois University in Charleston, Illinois. “But now it’s easier to say you’re a ‘none.’ So they say, ‘I’m not religious at all.’” 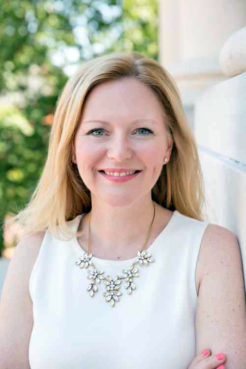 Because this social desirability bias waned considerably over the past decade, it became more acceptable for those marginally religious to report being unaffiliated, which likely contributed to the sharp uptick in nones over such a short time. Now, that group has largely already claimed that status, and those who remain affiliated are committed to their faiths and likely to remain more stable.

Admittedly, the datasets are limited. They include surveys from 2018 and 2019. And there isn’t a lot of data on Gen Z because the oldest among them are 23 and pollsters generally don’t poll people younger than 18.

But they do suggest at least a momentary pause in the secularization march.

Not everyone is convinced.

Joseph Baker, a sociologist of religion at East Tennessee State University and editor of the academic journal Sociology of Religion, said it’s too early to know if the unaffilated have leveled off.

“Those kids are barely out of college,” said Baker. “If you think of people dropping out of religion, it usually tends to come about by their mid- to late 20s. It’s possible it could go up.”

He also suggested that generational replacement may continue to drive up the share of the population that’s religiously unaffiliated.

“We need to be cautious,” he warned.