The County of Los Angeles has sought to stop the megachurch from hosting indoor services that have filled the sanctuary with many unmasked congregants sitting next to each other in recent weeks.

Los Angeles County attorneys recently sent a cease and desist letter to the megachurch, threatening arrest or a daily fine of $1,000.

RELATED: John MacArthur claimed there is ‘no pandemic.’ He was politicizing science, experts say. 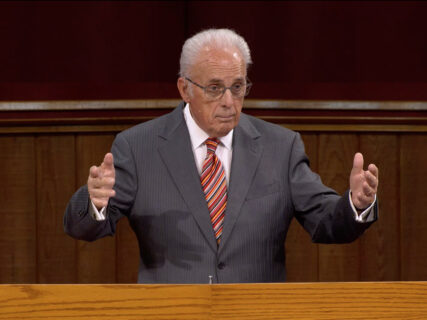 In the statement, the county noted that more than 6,000 Los Angeles County residents have died from the virus.

“We went to court only after significant efforts to work with the leaders of Grace Community Church to protect public health,” the statement read.

“We now look forward to working with church leaders on a plan to move services outdoors with physical distancing and the use of face coverings, which will allow worshipers to gather for religious observances in a manner that is lower risk and consistent with public health directives.”

The county will allow outdoor services if congregants wear face coverings and practice physical distancing, according to the court order.

Jenna Ellis, a lawyer for MacArthur and Grace Community Church, said the injunction is a temporary setback.

“We will continue to fight for Pastor MacArthur and Grace Community Church’s constitutionally protected right to hold church,” Ellis said in a statement.

“Church is essential, and no government agent has the runaway, unlimited power to force churches to close indefinitely,” she added.

MacArthur, in a statement, called the ruling “inexplicable.”

“The scale should always tip in favor of liberty, especially for churches,” MacArthur said.

In the past, church leaders have said that there is no COVID-19 pandemic and that they will follow the Bible instead of health regulations.

“We will obey God rather than men. We’re going to be faithful to our Lord,” MacArthur told his congregants in a July 31 video. “We’re going to leave the results to him.”

MacArthur and the church’s elders say Grace Community Church’s actions are founded on biblical principles. According to a statement, church leaders believe that the government is charged with protecting civic order and well-being. But the government can’t dictate “the doctrine, practice, or polity of the church.”