(RNS) — For the past two Sundays, Grace Community Church pastor John MacArthur has defied California’s COVID-19 regulations by opening the doors of his church, allowing un-masked congregants to sing in close proximity to each other.

Lawyers for the church say that Grace Community Church and MacArthur could face $1,000 a day in fines for doing so.

Church leaders say they will follow the Bible instead of health regulations.

“We will obey God rather than men. We’re going to be faithful to our Lord,” MacArthur told his congregants in a July 31 video. “We’re going to leave the results to him.”

MacArthur and the church’s elders say Grace Community Church’s actions are founded on biblical principles. According to a statement, church leaders believe that the government is charged with protecting civic order and well-being. But the government can’t dictate “the doctrine, practice, or polity of the church.”

Meeting together in person and singing together are commanded in the Bible, say church leaders. To stop meeting or singing would be to disobey God.

“As His people, we are subject to His will and commands as revealed in Scripture,” the statement reads. “Therefore we cannot and will not acquiesce to a government-imposed moratorium on our weekly congregational worship or other regular corporate gatherings. Compliance would be disobedience to our Lord’s clear commands.”

That approach is unlikely to hold up in court, say constitutional experts. While the government can’t tell people what to believe, it can restrict their actions. That includes restricting religious practices during a pandemic. 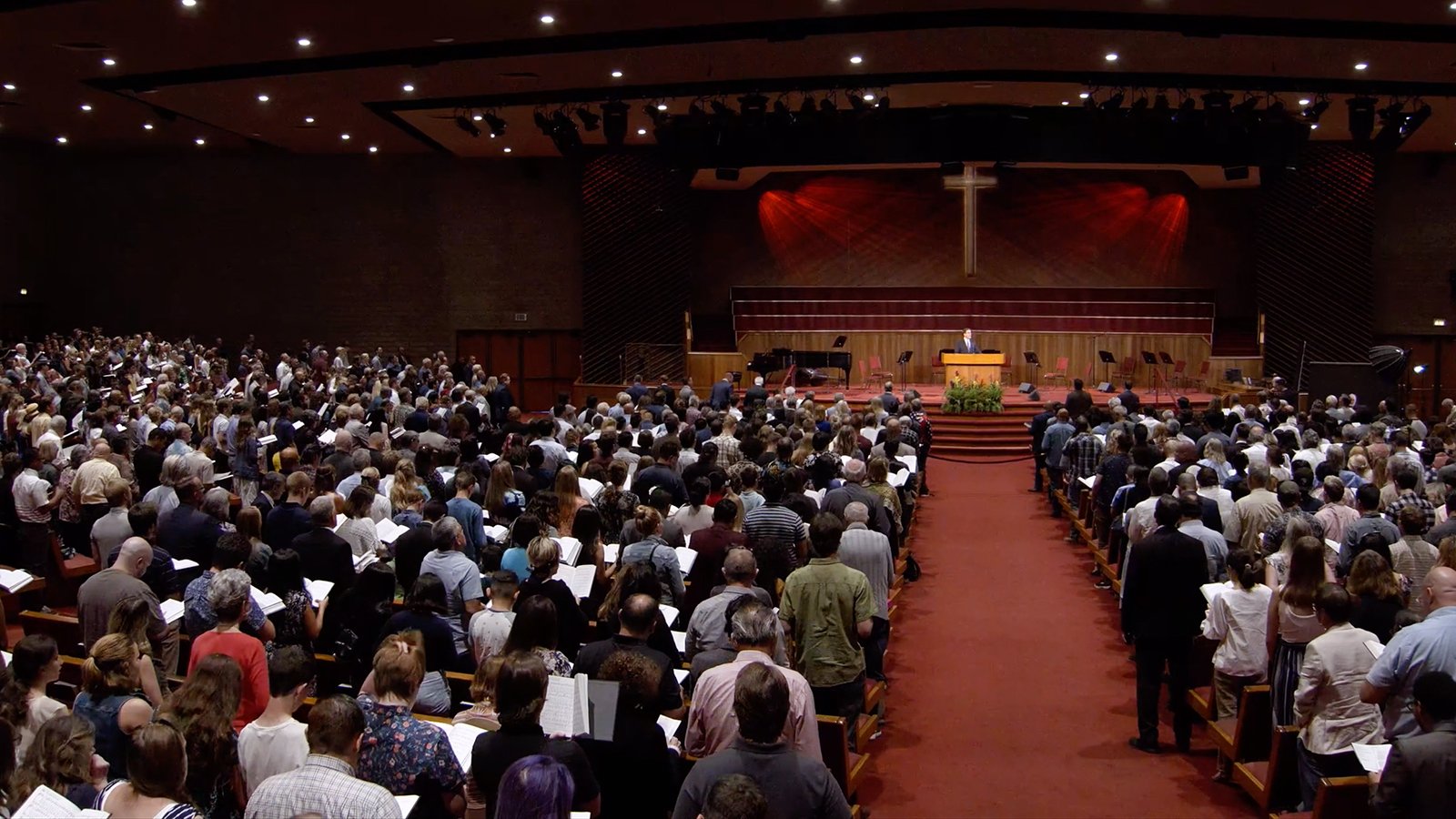 “We have rights from the Constitution, not the Bible,” said Eric J. Segall, a law professor at Georgia State. “Biblical duties don’t trump our laws. Period. Full stop.”

For example, Segall said, some Native American tribes use drugs as part of religious ceremonies.

If a law was passed without regard to religion, but to deter other illegal conduct such as the use of drugs, “there is no constitutional claim against that,” he said.

While the right to gather with others for worship services is firmly protected by the First Amendment, legal scholars say the Supreme Court has also recognized that those rights can be suspended in the interest of public health.

Research has shown the coronavirus to be more easily transmitted indoors and that singing releases minuscule droplets that can carry the disease.

In much of California, state and local officials have cited research in forbidding people from gathering indoors for church services as well as banning singing and chanting inside houses of worship. This indoor ban extends to gyms, shopping malls and other businesses.

To Nomi M. Stolzenberg, a USC law professor, the government’s role during the current pandemic is clear. Not only does the government have the right and authority to impose these restrictions, Stolzenberg said, but it also has the obligation to do so.

“To prevent people from acting in a way that threatens the lives and health of other people,” Stolzenberg said, “that is the basis of the government’s authority.”

Recognizing this, Stolzenberg said, shouldn’t be misinterpreted as being against religion, religious liberty or “as being insensitive to their plight: Not being able to sing in church, that is a truly tragic situation,” she said. 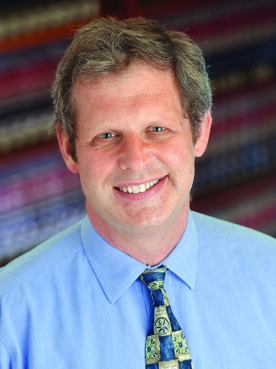 Eugene Volokh, a professor who teaches First Amendment law at the University of California-Los Angeles, offers a similar take.

Volokh acknowledges people have the First Amendment right to peacefully assemble for political or any other reasons, but, he said, gatherings during a pandemic can cause harm.

“They’re not dangerous in the sense that people might get violent, the normal way of understanding non-peaceable gatherings,” Volokh said. “But they are dangerous in that people, even with the best of intentions, might end up spreading the disease.”

Volokh referenced the landmark Jacobson v. Massachusetts case in which the Supreme Court, during the smallpox era in 1905, recognized that states had the authority to enforce mandatory vaccination.

“While normally you can’t just order people to stick medicine in their bodies, when conditions are abnormal — when there is this public health threat — then it is permissible to impose restrictions that would otherwise be forbidden,” he said.

Volokh, however, recognizes that in a country of more than 300 million people and hundreds of thousands of religious institutions, “there are going to be some people who take a different view.

“I do think people become more upset by this when they feel like they’re not being given equal treatment,” he said. 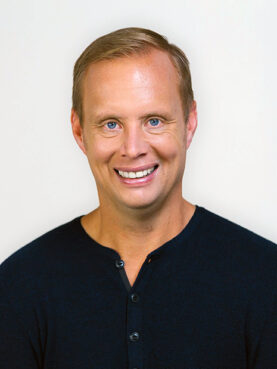 In March, Barnett didn’t hesitate to close his Pentecostal megachurch in Los Angeles just as the statewide stay-at-home order was issued. Church members also wore masks before it was mandated, he said. Some criticized the church’s decision to cancel its in-person services as abrupt and drastic. Online worship services were still held.

During the pandemic, Barnett said the church has focused on helping feed families who lost their jobs and whose kids were no longer getting free meals after the school district closed.

While some churches resisted early on, Barnett said that wasn’t productive in “bringing about healing and possibilities of what we can do during this time.”

Barnett has supported the rights of people to protest. He also wonders why mass protests are allowed but not large church gatherings. Public health rules, he said, should be fair to both.

Barnett on July 31 tweeted: “I support the protestors in the streets, and churches to be allowed in the seats. It’s pretty simple. Protect both freedoms.”

The American Center for Law and Justice, a Christian legal group, has sued California’s governor for banning singing and chanting in places of worship but permitting such activities elsewhere.

When the lawsuit was filed, California’s July 13 COVID-19 order allowed worship services as well as fitness centers, hotels, shopping malls and protests to remain open or active in both Mendocino and Butte counties, where the suing churches are located.

Jordan Sekulow, executive director of the American Center for Law and Justice, in a statement, described the church singing ban as “an unconstitutional abuse of power.”

Justice Brett M. Kavanaugh raised questions about whether churches and secular businesses are being treated equally in a recent dissent in a 5-4 decision that rejected an earlier legal challenge from a Chula Vista-based South Bay Pentecostal Church near San Diego.

“Assuming all of the same precautions are taken, why can someone safely walk down a grocery store aisle but not a pew,” Kavanaugh wrote.

Stolzenberg believes that there are crucial differences in those two scenarios. 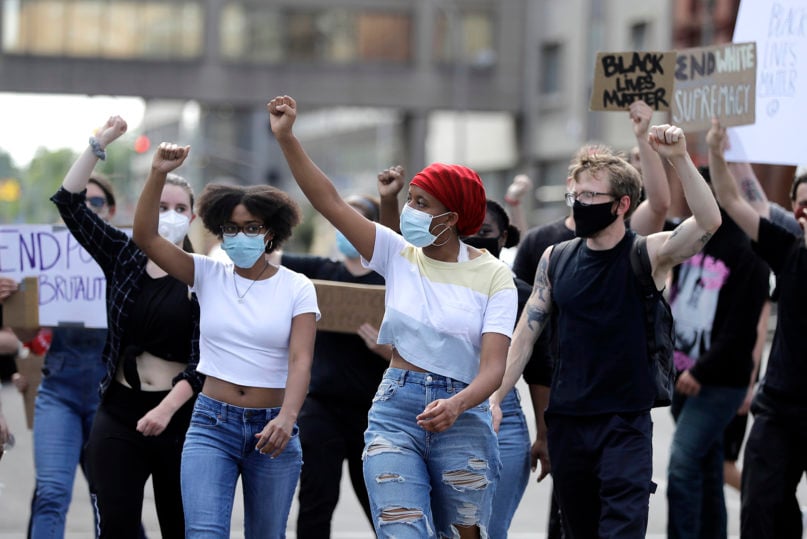 A group marches to Jefferson Square in Louisville, Kentucky, on June 2, 2020, to protest the deaths of George Floyd and Breonna Taylor. Taylor, a Black woman, was fatally shot by police in her home in March. (AP Photo/Darron Cummings)

Protests are outside while church services are indoors. In protests, as in the supermarket, people are on the move, Stolzenberg said.

“They’re not stationary. They’re not staying near one another for a long amount of time. There was a very high level of masking at protests,” she said.

To Segall, the inside and outside difference “is reasonable enough, according to the experts about epidemiology, that judges should not second guess states that use that distinction in its laws.”

Segall referenced the NBA bubble where games take place with no fans and players are isolated from friends and family amid strict regulations.

Hypothetically, if games took place in a state where church gatherings were banned and if a certain number of fans were allowed inside to watch a basketball game, “they’d have to have a similar rule for church,” Segall said.

This is why Segall finds the law in Nevada, where there is a 50-person cap on worship services, so perplexing.

The Supreme Court in July turned down an appeal from a Christian church, which requested it be subjected to the same COVID-19 restrictions that allow casinos, restaurants and other businesses to operate in Nevada at 50% capacity with proper social distancing.

“Allowing casinos, but not churches, strikes me as a little bit odd in terms of the number of people who can be in there,” Segall said.