(RNS) — G. Alexander Bryant, the fifth North American president of the Seventh-day Adventists, has much to juggle as the leader of one of the nation’s most diverse denominations.

Bryant, the second African American to lead his division of the global religious group, was elected July 9. His denomination, known for its observance of the Sabbath on Saturdays, includes thousands of North American churches and some of the world’s largest networks of schools and hospitals.

“The Seventh-day Adventist Church in North America and around the world, the diversity that we are experiencing now, we celebrate it and we appreciate it,” said Bryant, who now is also a vice president of the church’s General Conference, or global governing body. “And we’re learning how we can best leverage the diversity and the strength of diversity. I think we’re still growing in that as a church.”

The cross-cultural experiences of Bryant, who was born in Wynne, Arkansas, and raised in St. Louis, stretch back to his late teens when he served as a missionary teaching English in Japan.

RELATED: Seventh-day Adventists fit into the rhythms — and faiths — of Israeli life

“One of the needs at the time was the Japanese businessmen were just breaking into the American market and European markets with their cars and radios and cassette players and all their electronic products,” he recalled. “Our Bible classes were packed out because they wanted to come and practice their English.”

Bryant, 63, now leads a staff of about 160 who are beginning to return to the denomination’s Columbia, Maryland, headquarters as some coronavirus restrictions are lifted in his county.

He talked by phone from his office with Religion News Service about how North American Adventists are coping with the health, economic and racial tensions facing the country and the world and his expectations about the future consideration of women’s ordination in his denomination.

Given the various crises facing North America — racial tensions, economic woes and the coronavirus pandemic — is there one of those three that you are dealing with most as the new president of the North American division of the Seventh-day Adventist Church? 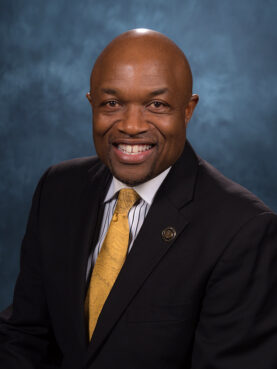 In a June conversation with North American leaders of your church — within weeks of the death of George Floyd — you said your church needs to ask the question: ‘What can we do in this regard to race, to be a better church?’ In your first couple of months, as regional president, have you started to develop an answer?

Not a complete one. What Christ did was lifted up the downtrodden. And so we’re trying to picture what would that look like: Instead of having an anti-approach, what is a positive approach?

Your denomination was considered, at least as of 2014 by the Pew Research Center, to be the most racially and ethnically diverse in the U.S. Do you think that status may make your denomination in some way better able to address racial tensions in this country?

You’re talking about 1.2 million members, and more than a third are of African descent. It’s a part of who we are. I think it makes it very relevant to us and very near to us. We can’t distance ourselves from it because it’s a part of who our church is.

Is that diversity lived out in the pews of many Adventist churches or are most Adventist congregations predominantly of one racial or ethnic group?

I have seen a flyer related to voter mobilization involving Black clergy of the Seventh-day Adventist churches. Are Black ministers more involved in get-out-the-vote efforts than other Adventist leaders in this country?

Yes, probably so. I think that probably goes back to the civil rights movement where the Black church was the epicenter of all activity, including voter registration. We do not get involved like in a political party, but they do encourage members to vote, to be a part of that process as citizens of the country and because of George Floyd and so many other Black deaths and trying to find out what positive (action) can be done. We do have many of our members of all colors who have protested peacefully in marches.

At a May 2019 forum with young Adventists, you acknowledged that your denomination is struggling to attract young adults. When you asked for a remedy, a student suggested the church should address social issues more. Have you and your division taken that advice?

Back in June, our division called for a day of prayer for our country and to ask members to ask the Lord, how could they be involved in the social unrest, in making positive difference. We gave a list of things they could do that we felt were within our tenets of our faith. Some of them said, well, they will march, they will protest, but they also would go and clean up some of the things that were done in violence. 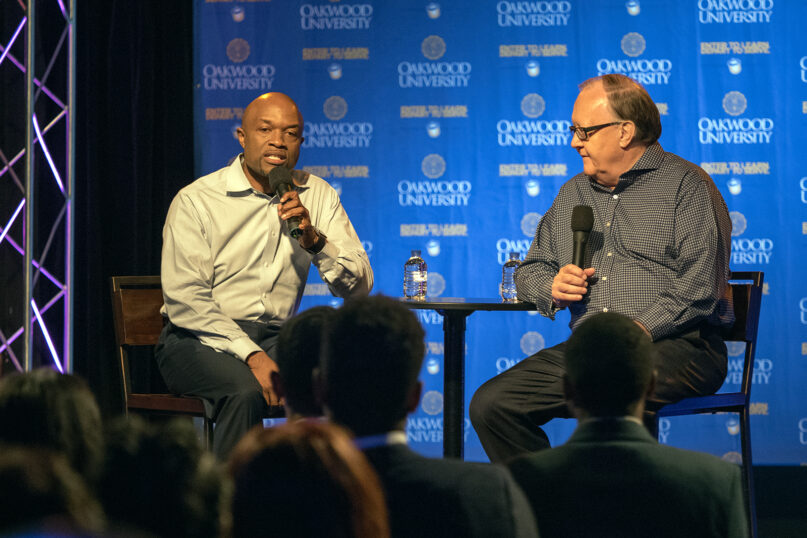 Do you know how things are going with Adventist Health St. Helena, from which dozens of patients were evacuated on Sunday (Sept. 27) due to the fires in the Bay Area of California?

The hospital did survive. It was not burned down. I think a sign or two around the hospital was damaged, but no real physical damage. And we are really thanking the Lord for that.

Given the economic crisis that is forcing many businesses to close, how are Adventist Book Centers, or stores, such as LivingWell in the Washington, D.C., area doing in these times of COVID-19?

Over the last several years, we’ve been transitioning to an online presence for most of our book centers. And so that has served us well during this time when some of the stores had to close down. Our main press, the Pacific Press publishing house, had to close down for about six weeks or eight weeks, but they’re back online.

Your division has seen a decrease in members’ tithes and offerings of 1.3% this year compared to 2019. Are you surprised the drop was not more significant?

I am absolutely floored that it’s not more significant. The thing that most concerned us was the economic impact. When (the country) had up to 30 or 40 million people out of jobs, with having 35% of our members of African descent, they were disproportionately hit in terms of loss of jobs and so we really did expect a 15 to 20% tithe drop. And to be at 1.3%, we’re astounded at the faithfulness of God and the faithfulness of his people.

At your church’s last General Conference in 2015, a global decision was made to not permit regional church bodies to ordain women pastors. The next meeting has been postponed until 2021. Do you anticipate a change or further action on that issue then?

Do you have any sense that might be disappointing to some?

It’s been a very divisive issue in our church. I believe this will change in the church, but it will just take time.

You think eventually women may be ordained as pastors?

I think that eventually will take place. Yes. I don’t think people will rest with the current response. And because of that I think eventually the church will take another look at it. And, in that look, that there may be change.