VATICAN CITY (RNS) — In a first major test of Pope Francis’ push to reform the Vatican’s financial system, the pontiff greeted representatives of Moneyval, the financial monitoring body of the Council of Europe, on Thursday (Oct. 8), noting the danger of financial dealings for the Roman Catholic Church. Francis said that “in touching money,” the church risks getting “blood on our hands.”

The team from Moneyval, whose full name is the Committee of Experts on the Evaluation of Anti-Money Laundering Measures and the Financing of Terrorism, arrived in Rome on Sept. 29, just as Pope Francis pushed out several church figures who had overseen the Vatican’s finances and investments in recent years.

Midway through the committee members’ two-week stay in Rome, during which they will assess the Vatican’s compliance with international financial rules, the pope told the visitors that their work is “dear to my heart.”

In his audience with the assessors, the pope framed their work in moral terms in line with his encyclical, released earlier this week, in which he addressed income inequality and private property. Francis told the Moneyval team that financial safeguards are needed in a world that often places profit above the dignity of human beings.

RELATED: Cardinal Pell to return to Rome days after resignation of his rival on Vatican financial reform

Citing the Gospel of Matthew, Francis said, “Once the economy loses its human face, then we are no longer served by money, but ourselves become servants of money.”

In today’s fractured society, he added, most consumers rarely ask whether the money that passes through their hands is tainted by exploitation or illegitimate transactions.

“It can also happen that financial resources are used to spread terror, to shore up the strongest, the most powerful and those prepared to sacrifice the lives of their brothers and sisters without a scruple, all in a bid to hold onto their power,” he said. 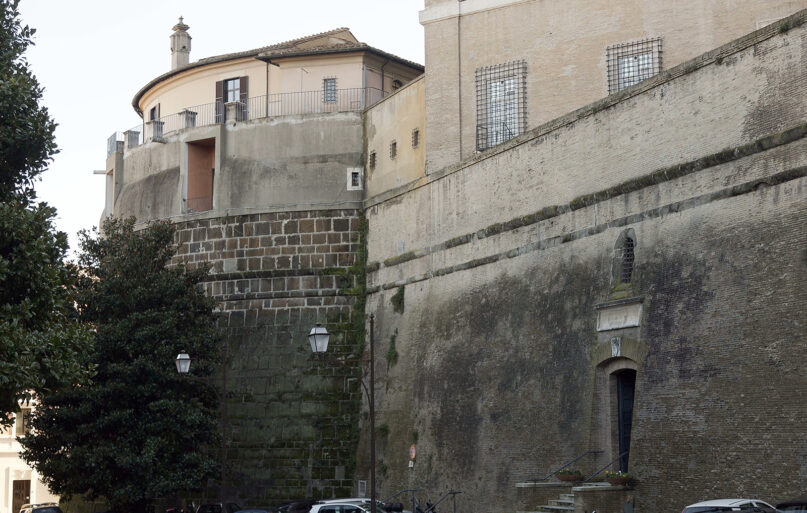 An exterior view of the offices of the Vatican bank, officially known as the Institute for Works of Religion, in Vatican City in 2014. (AP Photo/Domenico Stinellis)

But the stakes for Francis’ reform efforts, and for the pontiff himself, are more immediate. Moneyval’s findings will be a test of the progress he’s made in restoring the institution’s credibility in the international financial sector.

The pontiff’s allusion in his talk to the Moneyval regulators to Jesus’ driving of merchants from the temple precincts seemed an echo of wry headlines in the Italian press about the sudden resignations and papal decrees tied to financial malfeasance that have recently shaken the Vatican.

In June, Francis issued an order that streamlined Vatican accounts, imposed anti-corruption measures and overhauled the procedures for awarding outside contracts for the departments of the Roman Curia.

The pope also strengthened the role of the Financial Information Authority, the church’s anti-money laundering entity, known as Aif, and placed an experienced Italian banker, Carmelo Barbagallo, at the helm.

Barbagallo told Reuters late September that before he was appointed the common belief in the Vatican “was that it’s better to clean dirty laundry in the family, and not say anything.” He stressed that in its latest report, Aif flagged 64 suspicious transactions and sent 15 reports to the Vatican judicial authorities.

This month’s evaluation is Moneyval’s second such review of Vatican finances. Its first report, in 2012, “strongly recommended” increased supervision of the Vatican bank, officially known as the Institute for Works of Religion, and gave the Vatican a negative rating on nearly half of its criteria for financial transparency.