(RNS) — Jews in Pittsburgh will mark the second anniversary of the Tree of Life shooting Tuesday (Oct. 27) as they did last year — with volunteer service projects and public Torah study sessions.

But because of the coronavirus, those Torah studies will take place on Zoom. A public commemoration sponsored by the 10.27 Healing Partnership will also be virtual, livestreaming at 7 p.m. on the anniversary.

The shooting at the Tree of Life synagogue, which killed 11 Pittsburgh Jews, was the deadliest anti-Semitic attack in American history. It shocked and wounded not only members of three Jewish congregations that worshipped in the building, but the nation’s 7 million Jews.

READ: One year after Tree of Life, a couple looks to the past for a way forward

The attack was carried out by a heavily armed gunman who stormed the synagogue at the start of Saturday morning services, spewing anti-Semitic invectives against Jews and the immigrants they advocated for. 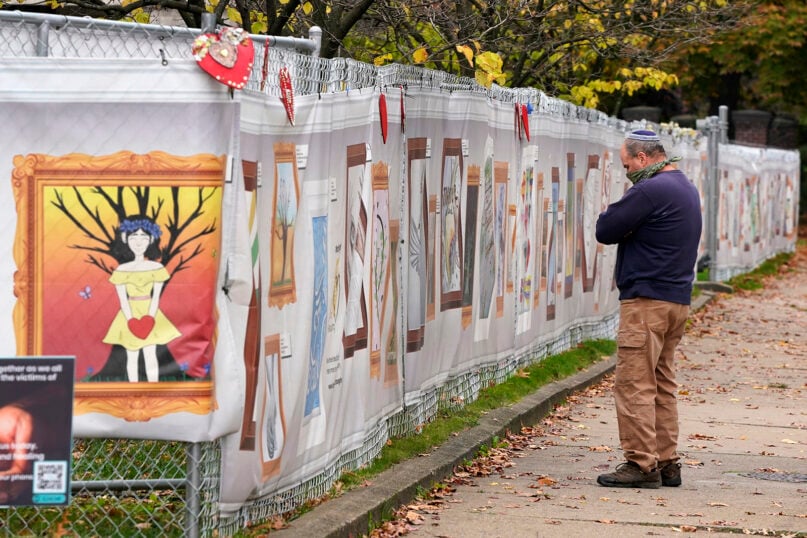 A man observes a moment of silent reflection on the sidewalk outside the Tree of Life synagogue in Pittsburgh, on Tuesday, Oct. 27, 2020, the second anniversary of the shooting at the synagogue that killed 11 worshippers. (AP Photo/Gene J. Puskar)

No trial date has been set for Robert Bowers, the man accused in the shooting, who has pleaded not guilty to a 63-count indictment. The Justice Department wants the death penalty. Bowers’ legal team has asked for a plea deal.

Tree of Life, a fixture in Pittsburgh’s historically Jewish neighborhood of Squirrel Hill, has not reopened since the shooting. It’s unclear if it ever will.

Two of the congregations that met in the building are now renting space at Rodef Shalom, a large Reform synagogue that straddles the Oakland and Shadyside neighborhoods. A third, the New Light Congregation, recently signed a five-year contract to lease space at Beth Shalom, a Conservative synagogue in Squirrel Hill.

New polling sponsored by the American Jewish Committee, however, casts a ray of hope. It shows  Americans are aware of anti-Semitism and generally oppose it. The polls — one of American Jews and one of the U.S. public at large — show that many Americans are familiar with the reality of anti-Jewish bigotry. Sixty-two percent of Americans say anti-Semitism is a problem (compared with 88% of American Jews).

And a full 90% percent of the U.S. public believes it’s important for schools to teach middle and high school students the history of the Holocaust.

“I don’t know if there’s any other country in the world where that percentage of the general population thinks the Holocaust is important to be taught,” said Holly Huffnagle, U.S. director for combating anti-Semitism at the AJC, a global organization that advocates on behalf of Jews. 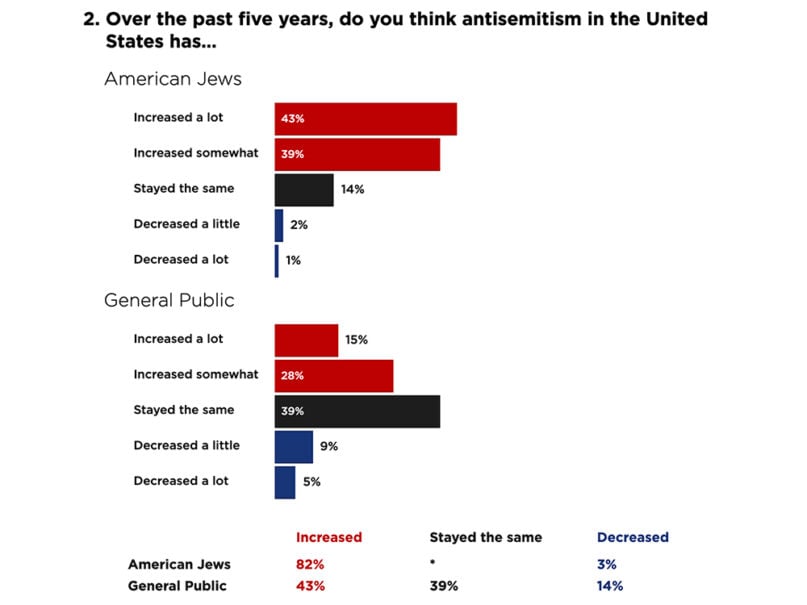 For members of the three congregations whose loved ones were gunned down in Pittsburgh, a more important date than Tuesday’s commemoration is the massacre’s anniversary on the Hebrew calendar, which falls on Nov. 5.

On Nov. 4, some of the immediate family members of the dead will gather in Pittsburgh to light a candle. The next day, members of all three congregations will gather in person at the Jewish Community Center in Squirrel Hill to say the kaddish prayer for the dead.

Marnie Fienberg, whose mother-in-law, Joyce, died in the shooting, said she and her northern Virginia family are not driving to Pittsburgh this year because of the coronavirus pandemic. But the Fienbergs still planned to join the commemorations online.

“We’re separated from our family and from a lot of the Pittsburgh families,” Fienberg said. “But there’s a lot of wonderful people Zooming and calling and trying to reach out in the way they can, which is wonderful. The love is still there. The support is still there. I applaud everyone who is doing something about remembering.” 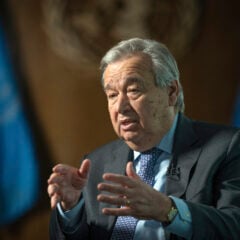 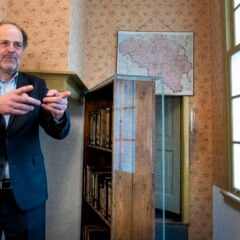