(RNS) — Almost 200 years ago, a French diplomat, Alexis De Tocqueville, visited the United States and recorded his impressions of his travels in a tome titled “Democracy in America.”

“Each of them, living apart, is as a stranger to the fate of all the rest — his children and his private friends constitute to him the whole of mankind; as for the rest of his fellow-citizens, he is close to them, but he sees them not — he touches them, but he feels them not; he exists but in himself and for himself alone; and if his kindred still remain to him, he may be said at any rate to have lost his country.”

Whatever else happens; whatever the outcome of this tense and fraught election, which happens at the most difficult moment in American history in the past century, I feel that I have lost my country.

But, the other pandemic is the pandemic that caused so many people to cast their votes for Donald Trump.

A pandemic of hatred; lies; intimidation; racism. Like the litany of sins on Yom Kippur, I could list them all in alphabetical order, and there would not be enough space.

A pandemic that raged against our nation’s already weakened moral immune system and left the body politic vulnerable to factors that historians would recognize as incipient fascism.

For the Jews who voted for Trump: Several days ago, Trump supporters defaced a Jewish cemetery in Grand Rapids, Michigan. Not a word from the president.

Not a word from the Republican Jewish Coalition.

So, let’s go to this week’s Torah portion. Let’s read, once again, the story of Sodom and Gomorrah.

God planned to destroy those cities because of their wickedness. Abraham pleads with God for the life of those cities and ultimately Abraham loses. Cue the fire and brimstone. 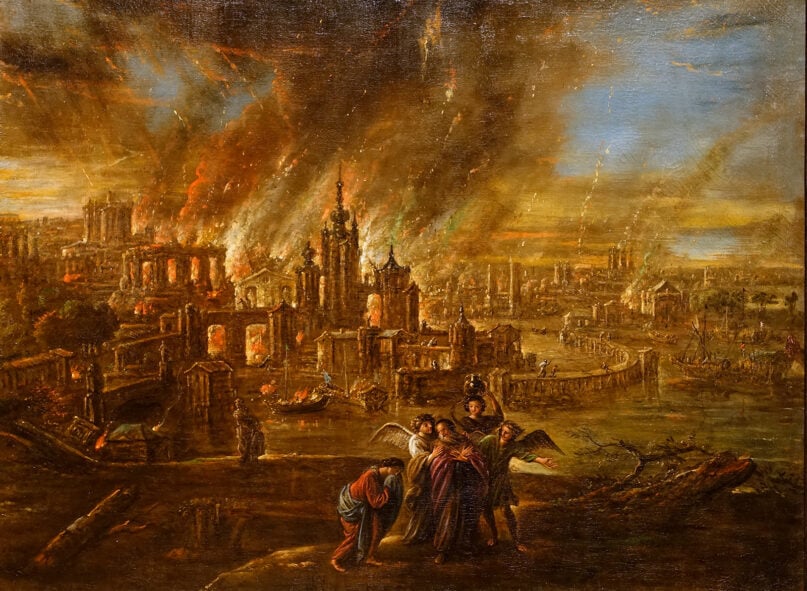 But what, precisely, were the sins of Sodom and Gomorrah?

Sodomy, right? Of course. Two angels, disguised as men, came to Lot in Sodom, and he offered them hospitality. The men of Sodom crowded around his house, demanding that Lot bring the visitors out to them — “that we may know them.” In the (ahem) biblical sense. Homosexual gang rape.

But was that really the sin of Sodom and Gomorrah?

That is not what the biblical prophet Ezekiel thought.

“Behold, this was the guilt of your sister Sodom: she and her daughters had arrogance, abundant food, and careless ease, but she did not help the poor and needy. Thus they were haughty and committed abominations before Me. Therefore I removed them when I saw it.”

The ancient sages agreed. Because the Bible tells us little about what Sodom and Gomorrah were up to, the sages invented their own stories.

The people of Sodom were selfish. They passed laws that made it illegal to give charity to anyone. One legend says that when a beggar would wander into Sodom, the people would mark their names on their coins and each of them would give him a coin. But no one would sell him bread. When he died of hunger, everyone would come and go through his pockets, and they would take their coins.

The people of Sodom created laws that demeaned women. There were four judges in Sodom, each named for their actions: Shakrai, meaning liar, and Shakrurai, habitual liar; Zayfai, forger, and Matzlei Dina, perverter of justice. They ruled that if someone strikes the wife of another and causes her to miscarry, the woman’s husband should give her to the assailant, so that he can impregnate her again.

The people of Sodom were cruel to strangers. Eliezer, servant of Abraham, happened to come there, and they wounded him. He came before the judge to seek compensation. The judge said to him: Give your assailant a fee, as he let your blood for healing.

The people of Sodom were sadistic. A young woman fed the poor in secret. The authorities decreed that the girl be covered with honey. They put her on top of the walls of the city, and they left her there, until bees came and stung her and she died.

The Book of Genesis says that the cries of Sodom had ascended to God. Which cries? the sages ask.

It was that poor young woman’s cries — covered with honey, being attacked by killer bees. Her cries ascended to God, and for that reason, God realized that the sins of Sodom had simply gone on too long.

But, I will say this.

There are many forms of national destruction. One of those is moral self-immolation.

That is what is happening in America. And, that is the vision of society that the Jewish tradition sought to avoid.

Whatever else happens, as David Bowie sang: “This is not America.” 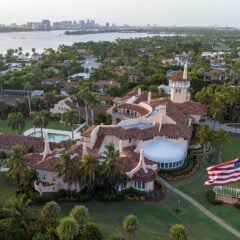