(RNS) — I am always confused about what the appropriate reaction should be when an enemy dies — or, rather, is assassinated.

It first came home to me when my older son was a little boy. We were watching one of my favorite movies — “Patriot Games,” based on the book by Tom Clancy. There is a scene when a Special Air Service attacks a terrorist training camp in North Africa, killing almost everyone.

Jack Ryan, played by Harrison Ford, and Admiral Greer, played by James Earl Jones, are watching the attack on a satellite feed. At the end of the operation, with numerous casualties on the screen, Greer says: “It’s over,” and walks away, with a sad expression on his face.

To which I responded: “Because sometimes, it is necessary to kill. But, you should never be happy about it.”

I had that same feeling years later when Osama bin Laden was assassinated. I will never forget that now-iconic photograph of President Barack Obama, Vice President Joe Biden and Secretary of State Hillary Clinton, among others, sitting in the Situation Room, watching those events unfold. Their faces were uniformly glum. Clinton’s hand was over her mouth — almost in shock, but certainly not in joy. 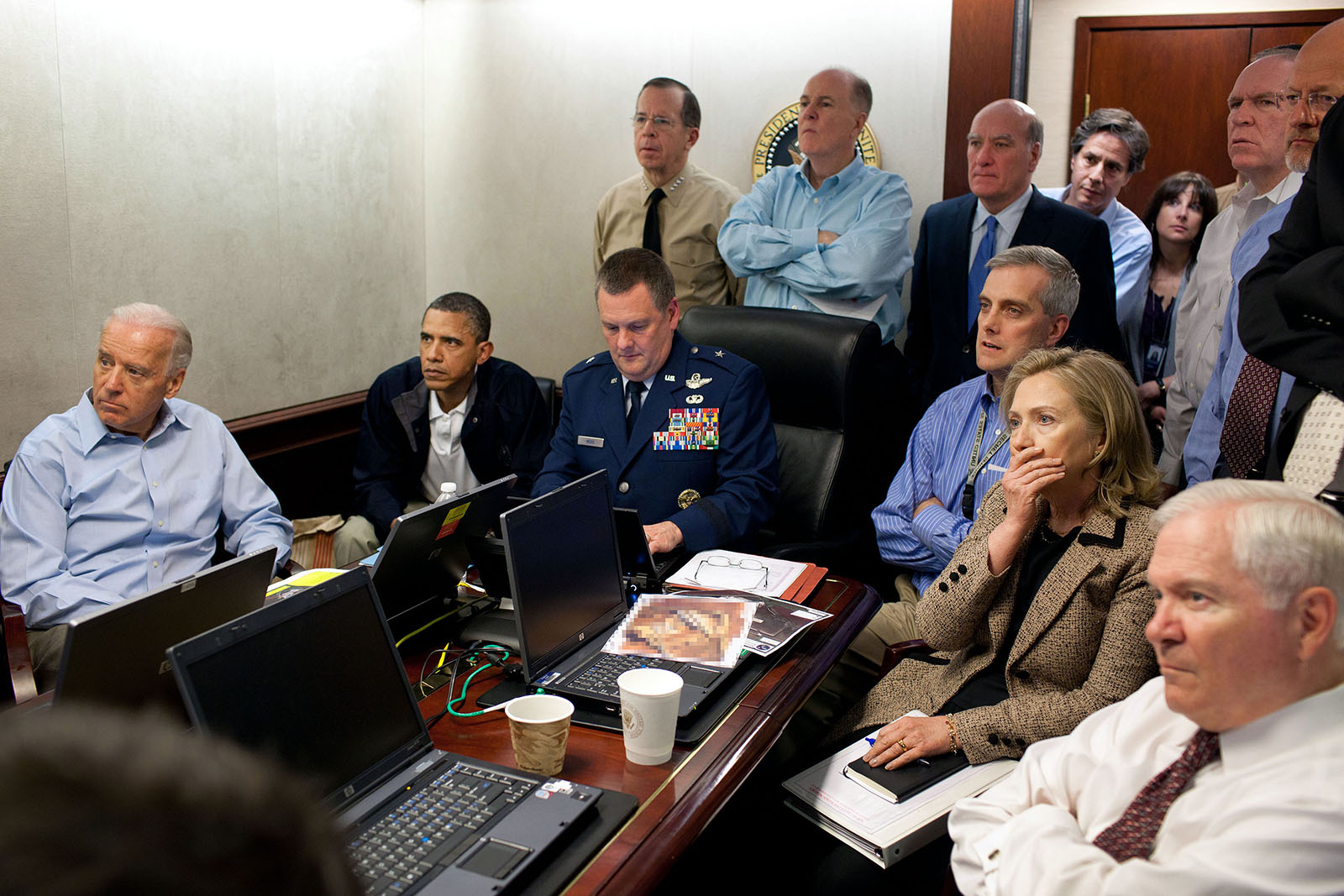 President Barack Obama and Vice President Joe Biden, along with members of the national security team, receive an update on the mission against Osama bin Laden in the Situation Room of the White House, May 1, 2011. Please note: A classified document seen in this photograph has been obscured. (Official White House Photo by Pete Souza/Creative Commons)

That is the proper attitude toward the death of an enemy. The Jewish textual tradition would tend to support that attitude of humility, of an utter lack of braggadocio.

“Rejoice not when your enemy falls, and do not let your heart be glad when he stumbles,” says the Book of Proverbs.

Perhaps with that teaching in mind, a classic rabbinic legend states that when the Israelites crossed the Red Sea and the Egyptian soldiers drowned, the angels broke out in song. God rebuked them: “The work of my hands is drowning in the sea, and you are filled with song!?!”

At the Passover Seder, as we chant the plagues that fell upon the Egyptians, there is the custom to remove a drop of wine from our glasses, one for each plague, in order to diminish our joy.

Did I say this is “the” proper attitude when an enemy is killed?

Perhaps I mean: This is “a” proper attitude when an enemy is killed.

Which brings me to the recent assassination of the Iranian nuclear scientist Mohsen Fakhrizadeh, reportedly carried out by Israel.

Fakhrizadeh was believed to be the mastermind behind Iran’s covert nuclear weapons program. 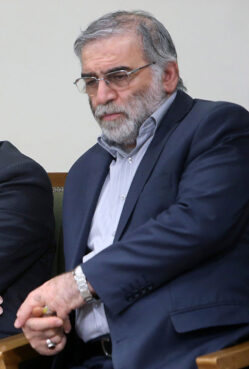 So, what is my attitude in this case?

Let me remove the political implications from this conversation. Let there be no question about it: A war with Iran, at this time and at any time, would be unspeakable.

Jewish law is very clear on this matter. “If someone comes to kill you, rise up and kill him/her first.” (Talmud, Sanhedrin 72a-b). The ensuing discussion in the text says this refers to someone who comes at night to rob someone. The thief has already forfeited his or her life. The sage Rava said people do not willingly allow others to take their money, so the thief knows ahead of time the potential victim will defend his or her property.

That is for an attempted burglary. So much the more so, for attempted murder.

Or let us say: mass murder.

For that is the precise purpose of the Iranian nuclear program: mass murder. The targets: Israel, at the very least, and perhaps Europe.

Every Iranian weapon has my name on it. And the name of every Jew. That is the existential threat of the Iranian nuclear program.

In Jewish law, this scientist was a rodef, a pursuer with the intent to kill — and there can be no mercy for a rodef. No more than if someone were running after you trying to kill you, and you had no other way of defending yourself, or escaping the situation. If you had to, you would kill the pursuer.

Yet, if you are like me, this bloodless calculation does not sit easily with you.

Therefore, let me offer this week’s Torah portion as the final word.

Or, more precisely, “a” final word.

Jacob is preparing to meet his estranged brother, Esau, who has harbored a murderous grudge against him for many years.

So, no, I am not rejoicing over the death of the Iranian scientist. Neither am I sending condolence notes to his family.

Like Jacob, I live in that space between being afraid of being killed, and being afraid I might have to kill.

Like Admiral Greer, I live in the sobering reality of living in an unredeemed world.