(RNS) — If there was one thing of value to come out of the shameful chaos of Wednesday’s attack on the U.S. Capitol, it’s that the horrific events made plain the powerful ideological and theological currents of American politics that often stay just under the surface. The emblems carried by the rioters — particularly the comfortable juxtaposition of Christian and white supremacist symbols — bear witness to these forces.

There were crosses, “Jesus Saves” signs and “Jesus 2020” flags that mimicked the design of the Trump flags.

Some of the participants, organized as part of a “Jericho March,” blew shofars — Jewish ritual horns — as they circled the Capitol, reenacting the siege of the city of Jericho by the Israelites described in the Book of Joshua in the Hebrew Bible. And one video showed the Christian flag — white, with a blue canton containing a red cross, used by many white evangelical churches — being paraded into an empty congressional chamber after the doors had been breached and members of Congress evacuated.

RELATED: Evangelicals must denounce the Christian nationalism in Capitol riots

I recall that same flag standing behind the pulpit of my Mississippi Southern Baptist church, where as a child I was led in a pledge of allegiance to both the American and Christian flags.

The Atlantic’s Jeffrey Goldberg wrote that “the conflation of Trump and Jesus was a common theme at the rally” among people he interviewed. “It’s all in the Bible. Everything is predicted. Donald Trump is in the Bible. Get yourself ready,” one told him. “Give it up if you believe in Jesus!” said another, then “Give it up if you believe in Donald Trump!” — which elicited loud cheers from nearby rioters.

Comfortably intermingled with Christian rhetoric and these Christian icons were explicit symbols of white supremacy. Outside the Capitol, Trump supporters erected a large wooden gallows with a bright orange noose ominously dangling from the center. These Trump supporters managed to do something the Confederate army was never able to accomplish — fly the Confederate battle flag inside the U.S. Capitol. One widely shared image showed a rioter with the Confederate flag strolling past a portrait of William H. Seward, an anti-slavery advocate and Abraham Lincoln’s secretary of state, who was seriously wounded as part of the broad assassination plot in 1865 that killed Lincoln. 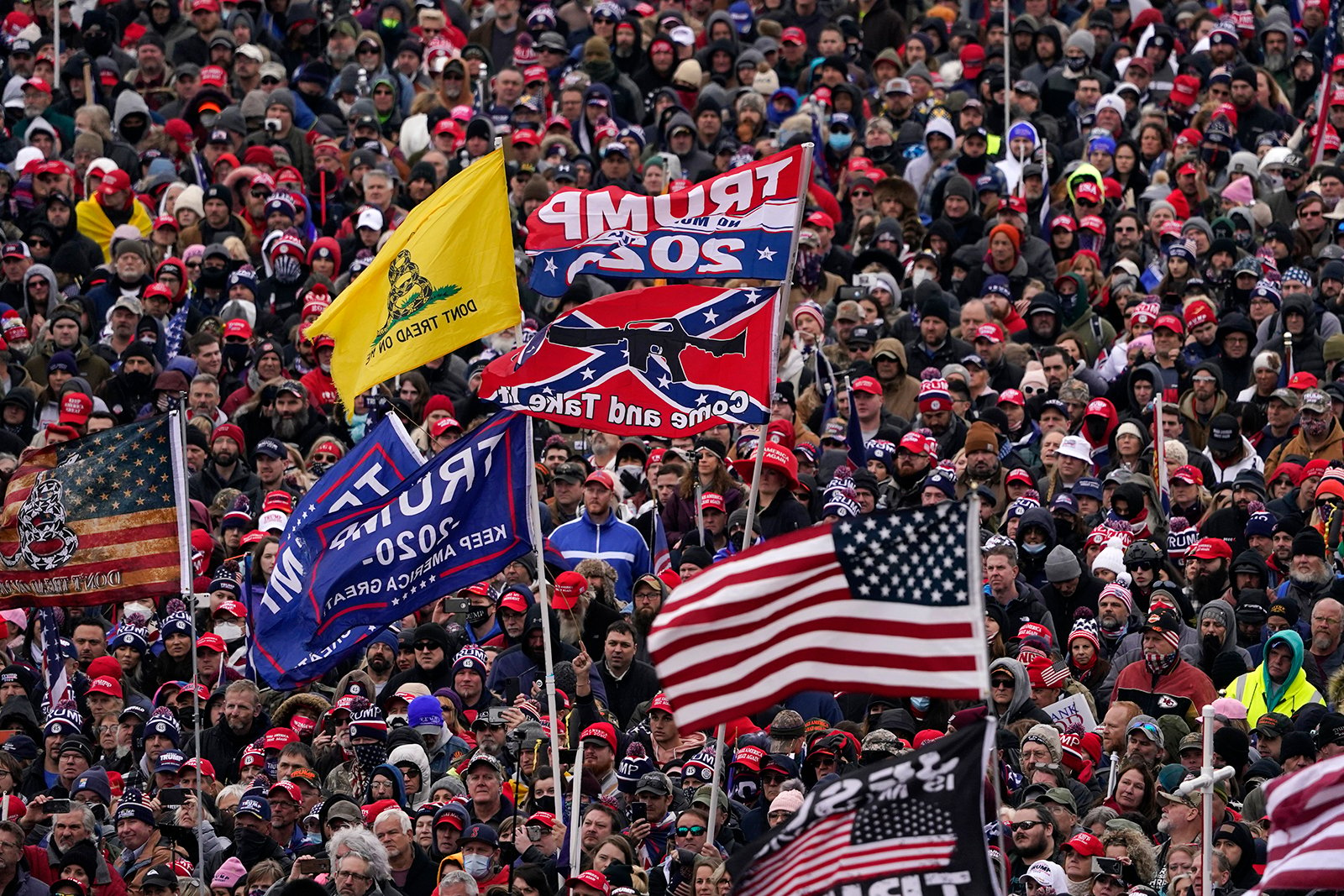 At least one protester sported a “Camp Auschwitz” hoodie, a reference to a concentration camp where over 1 million Jews were killed by the Nazis, even as others made outlandish comparisons between Christians as victims of American society and European Jews in the Third Reich.

If we are to understand the events of yesterday, and the challenges ahead for us as a nation, we must take these symbols and this rhetoric seriously, not in isolation, but in combination and conversation with each other.

This seditious mob was motivated not just by loyalty to Trump, but by an unholy amalgamation of white supremacy and Christianity that has plagued our nation since its inception and is still with us today. As I show in my book “White Too Long: The Legacy of White Supremacy in American Christianity,” there remains a disturbingly strong link between holding racist attitudes and identifying as a white Christian.

RELATED: How the shofar emerged as a weapon of spiritual warfare for some evangelicals

We should remember that this moment, and the divisions of the last four years, are set against the upheaval of religious and demographic change.

The willingness among those in the crowd Wednesday to believe outlandish conspiracy theories and the unwillingness to accept the election results are born from the same source: a desperate desire by some white Christians to hang onto ownership of a diversifying country.

As many have rightly declared, the violent disregard for the rule of law we witnessed is not the best of who we are. But if we’re going to heal our nation, we need to confess that it remains, still today, a troubling part of America’s political and religious heritage.

(Robert P. Jones is the CEO and founder of PRRI and the author of “White Too Long: The Legacy of White Supremacy in American Christianity” and “The End of White Christian America.” The views expressed in this commentary do not necessarily reflect those of Religion News Service.)