The two saw World Relief — one of nine agencies contracted by the government to resettle refugees in the United States — through a tumultuous period in the country’s refugee resettlement program.

The announcement of their departures — planned for August 2021 — comes at a time they said feels right for younger, more diverse leadership at the organization.

“We were looking at the seasons of our life and recognizing that it was a good time to release leadership to a younger generation, perhaps, and hopefully a diverse generation — if not with the senior leader, within the growing leadership cadre of World Relief,” said Arbeiter, 64.

“The world we’re in requires that kind of familiarity and diversity.”

Arbeiter became president, and Breene CEO, of World Relief in 2016. Both had spent years serving on its board of directors. Arbeiter, a former pastor, had chaired the board for several years before becoming a consultant and adviser to World Relief leadership.

The two stepped into leadership at the organization knowing it was entering a “tough season,” said Breene, 71.

Over the next four years, things only became more challenging as refugee resettlement became more politicized under the Trump administration and the bipartisan support they had always enjoyed began to dwindle. Federal funding disappeared, forcing layoffs and office closures, as President Donald Trump slashed the number of refugees admitted into the country to historic lows.

But Arbeiter and Breene believed in World Relief’s mission of serving the most vulnerable in the U.S. and abroad and in its model of partnering with local churches, Breene said. 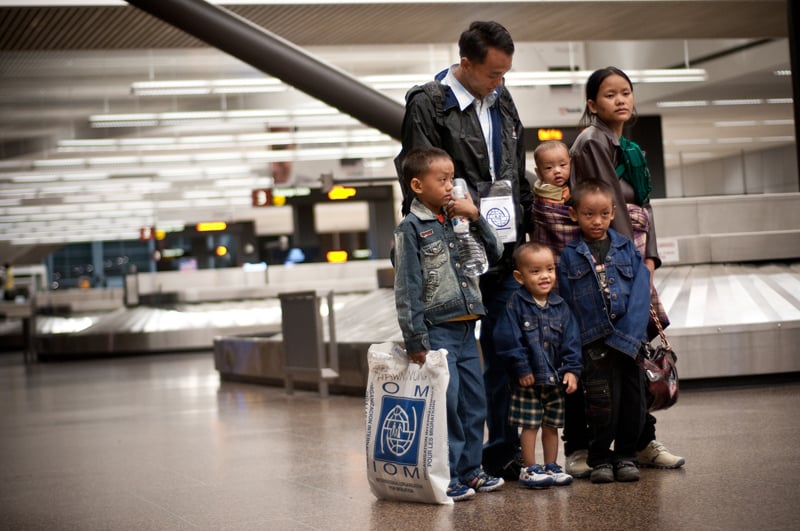 They also realized how many people, both in the church and in the broader culture, trusted World Relief to help them navigate facts about refugees — as well as other groups World Relief serves — and what the Bible has to say about them, Arbeiter added.

“We all recognize that our culture is very polarized right now, and the church is very polarized. Families are even fragmenting over different views,” he said. “One of the things we discovered was that God was giving us a platform where we were trying to be careful to have our convictions not swayed first by a political, economic or social, but rather a gospel lens.”

Under Arbeiter and Breene’s leadership, World Relief brought together hundreds of prominent evangelicals from all 50 states to sign a letter to the president and vice president expressing support for refugees shortly after Trump halved the number of people allowed into the country in 2017. The pair also published op-eds in The New York Times.

Now, a return to refugee resettlement as they’d once known it is on the horizon, as is “post-COVID normality,” Breene added.

“What Scott and I believe is that we were privileged enough to help the organization weather a storm and actually emerge strengthened from that storm,” he said.

In February 2020, the two leaders told World Relief’s board of directors they planned to retire in August 2021, giving the board 18 months to plan for a transition.

“We’re really pleased with the stability of World Relief, with the quality of our leadership, with our global and U.S. ministry impact, and we just felt like we were in a position where the organization was well poised for an uncontroversial leadership transition that could build on things we’ve been investing in and take it to the next level,” Arbeiter said.

Steve Moore, chair of the board of directors, praised Arbeiter and Breene’s leadership, saying they leave the ministry, its finances and its culture in a good place.

“We’re not filled with fear. We’re filled with gratitude for the leadership we’ve had and a sense of excitement and anticipation about the opportunity to move into a new season,” Moore said.

RELATED: When it comes to global conflict, churches are the best solution we never think of (COMMENTARY)

The chairman said he can’t imagine a better set of circumstances for the leadership transition.

The board fleshed out a succession plan several years ago and plans to return to a single president and CEO, according to the chairman. It will begin its search after the announcement of Arbeiter’s and Breene’s retirement and hopes to announce a new leader by late summer.