(RNS) — In 2008, Jewish singer-songwriter Alicia Jo Rabins had a front-row seat to the financial crisis.

Rabins, who has released three albums featuring the stories of women in the Torah as part of her project Girls in Trouble, had a day job teaching bat mitzvah students to chant from the Torah. She also was an artist-in-residence in an abandoned office building on Wall Street.

From her ninth-floor studio, she found herself drawn into the stories surrounding Bernie Madoff’s arrest for his role in the largest Ponzi scheme in history and the spiritual questions it raised.

She wrestled with the fact that both Madoff and many of his victims were Jewish. She heard rumors that a Palm Beach synagogue, which counted many of the victims among its members, had recited the Mourner’s Kaddish for Madoff, effectively excommunicating him. She interviewed people connected to Madoff, turned their stories into songs, searched spiritual texts and created rituals to make sense of it all.

The result is “A Kaddish for Bernie Madoff,” a one-woman show turned film described as a “mystical meta-musical about the biggest financial fraud in history.”

“I often say I think of Madoff as like a cipher at the center of the piece of art,” Rabins told Religion News Service. “It’s really about all of us and our society and how we kind of heal and continue to move forward when something like this happens.”

“A Kaddish for Bernie Madoff,” directed by Alicia J. Rose, premiered last week and is available to watch online through Sunday (March 14) as part of the Portland International Film Festival.

Rabins talked to RNS about her quest to make beauty from brokenness and what lessons audiences might learn from the financial crisis and Madoff’s story for this current moment of crisis, a year into a pandemic. 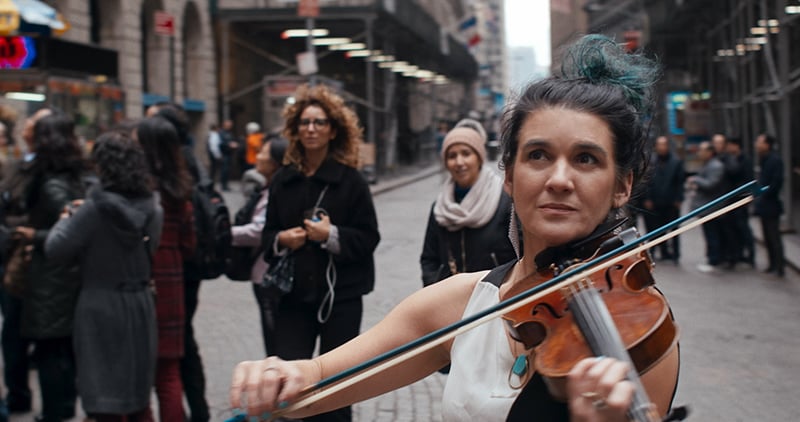 How do you go from writing songs about the women of the Torah to Bernie Madoff and his victims?

It’s one of the things that looks so different from the outside, but then, in a way, there’s a lot of similarities between the projects. Ultimately, I’m really interested on a conceptual level with how ancient traditions intersect with contemporary life in a way that’s really alive and kind of authentic and inherent. How can they help us process the difficulties in our own lives and contextualize our challenges as essential human challenges?

I definitely feel, and I think others feel, too, “Oh, there’s something’s wrong with me. I’m having this issue.” And I find it really comforting the way looking at ancient texts and stories can just reflect our challenges back as part of the human journey.

With “Girls in Trouble,” it’s a little more on a personal level of stories about family and faith and power and gender. With those songs, I was always looking for how can I relate to this in my own life or the lives of people around me in a personal way.

In a way it’s kind of the same thing (with “A Kaddish for Bernie Madoff”). When I had that residency and was sort of witness in a way to the financial collapse and then the news of Madoff, I felt a lot of shame about the fact this person from my tribe did this terrible thing. I had that same impulse to look at ways to contextualize it and find a way to look at it that wasn’t just some kind of gross, modern story of everything being terrible and instead look at it from a really long view of what does it show about human nature and the ways we can overlook rationality to buy into a dream of a better world?

What was it that drew you into Madoff’s story and the stories of his victims?

There’s a couple of things that really gripped me and made me feel this was like Greek tragedy-level material.

One of them was the fact Madoff never actually made a single trade. For all those decades, people said, “Well, he has mathematically impossible returns, but he must’ve cracked the code and somehow found a magical algorithm which allows him to beat the market.” To me, it is a messianic impulse — that we can transcend the ups and downs of life on earth. There’s a way, and this guy did it. That really spoke to me on a much deeper level.

The other thing that really drew me in was learning his returns weren’t that high, they were just super consistent, because I think there was an assumption it was just out of greed people invested with him. It really kind of blew my mind that he was only offering the market average. It just didn’t go up and down like the market does. What it promised was just consistency, and I thought it was kind of poetic, fascinating and also very compassionate. It was a fact that helped me have so much compassion for the victims. 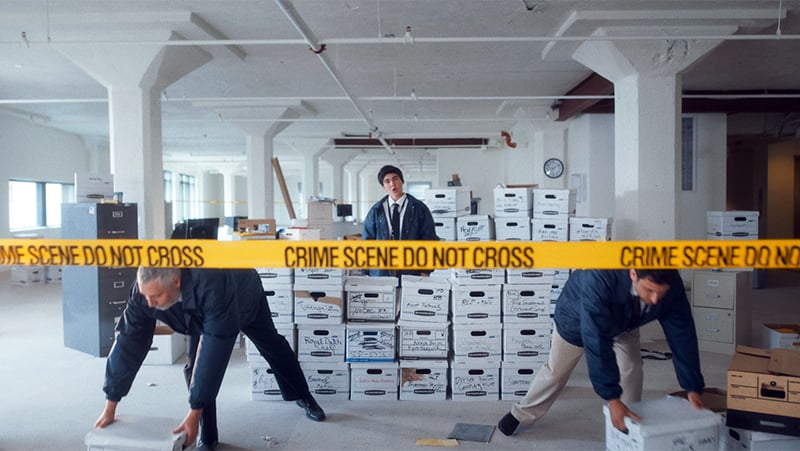 You talk in the film about digging into ancient texts to make sense of all this — Jewish traditions, Kabbalistic texts, Buddhist sutras. What did you learn from these traditions and how did spirituality help you make sense of what happened?

I think those texts were part of what helped me contextualize this as a very normal human desire for escaping the ups and downs of life.

It’s something the actual Buddhist priest said to me in our conversation and also was in “Blossoms,” the sutra I’ve set to music: Everything is kind of the product of a series of causes and conditions. Things generate other things happening, and everything is kind of this interconnected web. The Kabbalistic texts also echoed that same idea, which to me really spoke to the way that, in that global financial collapse, one of the things people were talking about a lot was how everything affects everything else. This collapse on Wall Street, the subprime mortgage fiasco is going to impact people all over the world who have nothing to do with the financial world. It felt to me like a kind of real-world manifestation of this mystical or spiritual principle of connectedness.

The other side, in a mystical Jewish framework, would be like the balancing of compassion and judgment. I see compassion is kind of this interconnectedness. Part of that, for me, was kind of wondering what caused him to be like this, and how can I say I wouldn’t have done the same thing if I had the exact same experiences? And then the other is the need for judgment and boundaries. That’s where the very out there, Jewish tradition of excommunication comes in and also the biblical curses.

On one hand, we’re all connected, and it’s all one. And on the other hand, there’s a moment where you have to be able to draw the line and say, “No, that’s wrong, and you are now outside of the community.” Even though we think of excommunication as a very insular, ultra-Orthodox kind of thing to do, maybe there could be a progressive, contemporary excommunication that could help us to say, “Well, no, we do have boundaries on what’s allowed within our community, and this person does not represent us at all because we have drawn the line.”

Talk us through the ritual you created. What’s the symbolism in the kaddish that ends the film?

When we were meeting and thinking about what do we do for this ritual, we wanted to call back to all the interviewees because we wanted them to be part of it. And then we wanted to also bring in Jewish mourning traditions, because the idea of saying a kaddish for someone who’s alive is that you’re saying, “You’re dead to us.” Literally, if you saw that person on the street, you would look straight through them.

We were sort of staging it as an art ritual, but we did want to bring a lot of the traditions in. So we had candles, which are part of the mourning ritual, and we had a little basket of ribbons, which is often at funerals to symbolize the practice of ripping your clothing, and then reciting the kaddish, which I did with the traditional words, but in a kind of original composition. It is new music with the traditional words.

And then I basically did some research and learned what the excommunication ceremony was like, which I didn’t know because it’s not one that we do. We tried to have each element in some way — like part of it was that the rabbi would blow the shofar, the ram’s horn, and, in my mind, me holding my violin and playing my violin was sort of a musical cry to symbolize calling forth both the mourning element but also the call to action elements. You mentioned in the introduction to the film at the festival that it was an interesting moment to be releasing this film. What do you hope people will take away from it?

My dream would be that this can feel cathartic, that it can help people to feel a little better about what we’ve all been through and what we’re all going through. I’m always trying to balance like this very long view, which I just find so helpful in terms of contextualizing, and if we can reflect what we’re going through as an individual or as a society as kind of an essential part of the human experience, I think it signifies it. And I think that’s healing. And if I can do that with also some humor and some silly dancing, and it brings a smile to people’s faces while it’s happening, that’s my dream.