(RNS) — Women’s History Month may have ended, but women’s impact on religion and spirituality goes on year-round. Here are 10 new nonfiction books, both forthcoming and released in the last year, that explore women’s roles and influence in Christian traditions — plus, one bonus work of fiction.

“The Making of Biblical Womanhood” by Beth Allison Barr

For 40 years, Beth Allison Barr believed “biblical womanhood” meant “God designed women primarily to be submissive wives, virtuous mothers, and joyful homemakers,” she writes in the introduction of her book, “The Making of Biblical Womanhood: How the Subjugation of Women Became Gospel Truth.” But Barr’s training as a historian (she’s associate professor of history and associate dean of the Graduate School at Baylor University) convinced her otherwise. She shares her experiences as a Southern Baptist and pastor’s wife, combined with the history and impact of complementarian beliefs, in her book, which releases in April. 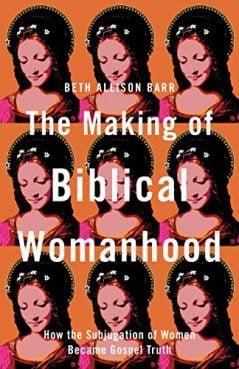 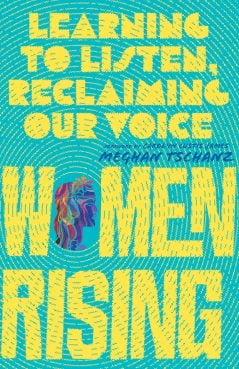 “Women Rising: Learning to Listen, Reclaiming Our Voice” is Meghan Tschanz’s memoir of how she came to listen to, learn from and advocate for women. The book, which releases in May, tells the stories of Tschanz’s encounters with women on an 11-month mission trip around the world and other travels, as well as her own experiences growing up in a conservative evangelical church. Along the way, the host of the “Faith and Feminism” podcast shares what she learned — and is still learning — about God, about her own privilege and about how to use her voice.

After years of formal seminary education, Kat Armas found that one theologian emerged as the most impactful in her life: her abuelita. Armas, host of “The Protagonistas” podcast, realized there were voices she wasn’t hearing in the church and academia — those from the madres of the faith who had raised, shaped and formed her as a Cuban American. In “Abuelita Faith: What Women on the Margins Teach Us About Wisdom, Persistence, and Strength,” releasing in August, Armas encourages readers to see the overlooked women in their lives — particularly Black, Indigenous and other women of color — as genuine sources of theology. 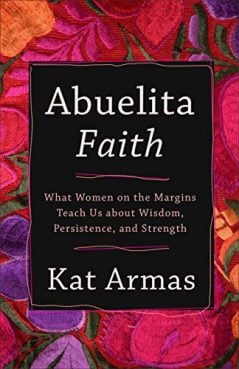 In “Carved in Ebony: Lessons From the Black Women Who Shape Us,” writer and teacher Jasmine L. Holmes shares the stories of 10 Black women, including Elizabeth Freeman, Nannie Helen Burroughs and Mamie Till. Holmes’ book, releasing in November, isn’t just a counterweight to the stories of white men that dominate history books. It also illustrates the role Black women have played in the formation of the Christian faith and how they can continue to form Christians — of all races and genders — today.

“The Defiant Middle” by Kaya Oakes

Ask any woman about the impossible expectations placed on them: They should be young, but not too young; passionate, but not angry. Where they actually live is somewhere in what Catholic writer Kaya Oakes calls “the defiant middle.” In her book, “The Defiant Middle: How Women Claim Life’s In-Betweens to Remake the World,” releasing in November, Oakes writes about how living in times of transition or in marginalized female identities can be both spiritually challenging and freeing — and how it ultimately can change the world. “Change, after all, always comes from the margins,” she writes. 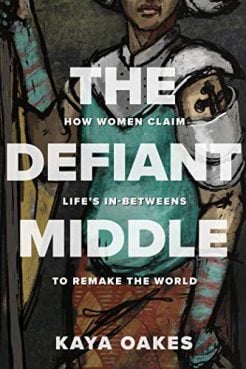 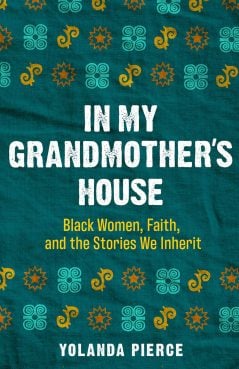 “In My Grandmother’s House” by Yolanda Pierce

Womanist theology may have emerged in the 1960s and ‘70s, but Black women have been doing theology for far longer. Dean Yolanda Pierce of Howard University School of Divinity chronicles the theological work and experiences of those past generations — what she calls “grandmother theology” — in her book “In My Grandmother’s House: Black Women, Faith and the Stories We Inherit,” released in February. “I’m really trying to shift the discourse about who can do theology and what counts as theological source material,” Pierce told Religion News Service.

“What Jesus Learned From Women” by James F. McGrath

In “What Jesus Learned From Women,” released in March, James F. McGrath treats both Jesus and the women Jesus encounters in the Gospels as fully human. Combining biblical scholarship and historical fiction, he explores what these women might’ve taught Jesus and how that might answer puzzling questions in the text. It’s not as controversial as it sounds, according to McGrath, who holds the Clarence L. Goodwin Chair in New Testament Language and Literature at Butler University in Indianapolis. “Being an effective educator goes hand in hand with being a lifelong learner,” he writes. 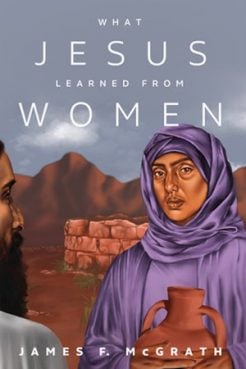 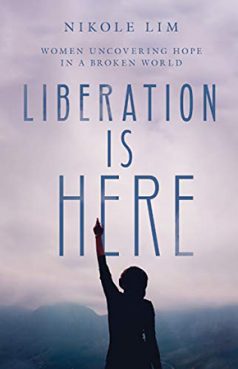 “Liberation Is Here” by Nikole Lim

Photographer and filmmaker Nikole Lim turns her lens on women who have survived sexual violence in Kenyan and Zambian communities in “Liberation Is Here: Women Uncovering Hope in a Broken World.” In the book, which released last year, Lim shares their stories alongside her gorgeous photography. She also shares her own story: of how these women inspired her to launch the nonprofit Freely in Hope to equip survivors and advocates to end sexual violence and how they liberated her as she found herself spiritually depleted by the work.

“Native: Identity, Belonging and Rediscovering God” tells the story of one woman’s journey of finding herself and finding God, which includes connecting with her Potawatomi identity. In it, author Kaitlin Curtice reckons with the church’s historic treatment of women, Indigenous people and other marginalized groups and the impact that has had on her Christian faith. Curtice told RNS when the book was released almost exactly one year ago she hopes sharing her story will help readers — of any gender — examine their own life stories. 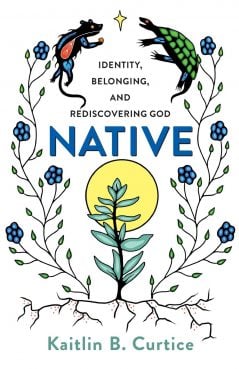 As a woman who loves to lead and preach, Kelley Nikondeha realized she didn’t fit the “prescribed roles for women in the church.” So Nikondeha, co-director of Burundi-based Communities of Hope, looked for role models in the women of the biblical Book of Exodus: defiant midwives Shiphrah and Puah; brave Jochebed; Pharoah’s daughter, the co-conspirator; community organizer Miriam; and Zipporah and her sisters. “What can they teach us about practicing liberation in Egypt so that we may practice liberation in our world?” she asks in “Defiant: What the Women of Exodus Teach Us about Freedom,” released last year. 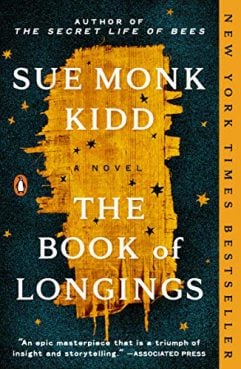 Bonus: “The Book of Longings” by Sue Monk Kidd

“The Book of Longings” by Sue Monk Kidd was just released in paperback. The New York Times bestseller is a work of fiction, but it considers a real question about the role of women in religion: How would the world be different if Jesus had had a wife? It’s earned praise from authors Glennon Doyle, who described it as a “radical re­imagining of the New Testament that reflects on women’s longing and silencing and awakening,” and Jen Hatmaker, who has selected the novel for her book club.