(RNS) — Faith leaders in Texas condemned a pair of controversial election bills Wednesday (April 7) working their way through the state Legislature, accusing lawmakers of trying to “dress up Jim and Jane Crow in a tuxedo.”

An array of clergy and other religious leaders assembled outside the Capitol in Austin to express opposition to the bills, known as SB 7 and HB 6. They invoked their respective faiths while criticizing provisions of the proposed legislation such as banning drive-thru voting, shortening early voting hours, sending mail voting applications only to voters who request them and requiring disabled voters to prove their disability with documentation from a physician or the federal government.

“We have those in leadership — in Texas government — (people) who have in their ideological DNA the same mindset of those slave masters who denied the humanity of Black people,” said the Rev. Frederick Haynes III, pastor of Friendship-West Baptist Church in Dallas. “The same mindset of those individuals who upheld Jim and Jane Crow segregation.”

Haynes accused Gov. Greg Abbott and other Republicans of using “election integrity” as an excuse to enact restrictive laws that target Black votes.

Defenders of the bills have balked at such claims, but religious leaders and others such as the Texas Civil Rights Project insist proposed measures could disproportionately impact people of color. For example, SB 7 would bar 24-hour polling locations during early voting, even though most voters who cast late-night ballots in Harris County — which includes Houston — during the last election were Black, Hispanic or Asian, according to the Texas Civil Rights Project.

Activists also contend that proposals such as allowing poll watchers to record at polling places hearkens back to troubling eras of American history when Black voters were barred from the ballot box through various forms of intimidation.

Wednesday’s event was organized through a partnership of Dallas Black Clergy and Texas Impact, an organization representing an array of mainline Protestant, Jewish and Muslim groups in the state.

Faith-based opposition to HB 6 and SB 7 has escalated in recent weeks. Bee Moorhead, executive director of Texas Impact, told Religion News Service hundreds of people have signed a statement from her group. Leaders of Texas Impact have also testified against the proposals, and appear to be planning more actions: After the news conference concluded on Wednesday, clergy entered the Capitol to strategize with lobbyists working to defeat both bills.

Haynes and others issued statements ahead of the news conference condemning provisions of the bills, such as a section that would allow partisan poll watchers to record voters as they receive help filling out their ballots.

“These bills are full of provisions that any reasonable person can see will suppress the votes of minorities and other vulnerable Texans,” Haynes said. “Provisions like allowing partisan poll watchers free license to video-record voters will have a chilling impact on voting and it is disingenuous for legislators to argue otherwise.” 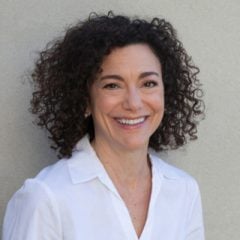 Rabbi Nancy Kasten, who helps lead Dallas-based interfaith group Faith Commons in Dallas, homed in on a part of the bill that, among other things, restricts the number of voting machines at countywide polling places.

“It shows cavalier disrespect for local voters and the officials who serve them for the state to dictate the number of voting machines officials may place at a given polling location. Local voters trust their officials to make efficient, practical decisions, and state officials should do the same,” Kasten said in a statement.

Usama Malik, who serves as a chaplain at Austin-based group Muslim Space, railed against efforts to shorten early voting hours, arguing “local officials should be able to manage elections with attention to the rhythms and requirements of their own communities.”

Haynes noted before he spoke at the news conference that the Rev. Jesse Jackson had texted him to say he “stands in solidarity” with the group and their protest.

The efforts of Dallas Black Clergy and Texas Impact, which sometimes operates under the title Texas Faith for Fair Elections, echo similar campaigns in Georgia, signaling growing faith-based movement against election bills in states across the country.

In Georgia, faith leaders have staged protests against an election bill recently signed into law, and the African Methodist Episcopal Church threatened to boycott locally based businesses such as Coca-Cola and Delta if they did not do more to fight the law. The boycott was put on hold this week until faith leaders can meet with business executives, but religious activists are also planning a related protest of the Masters golf tournament.

Major Texas-based businesses such as Dell and American Airlines have spoken out against the election bills in the Lone Star State as well. Moorhead told RNS members of the business community have reached out to her group in hopes of joining forces to oppose the legislation.

Escalating opposition triggered a sharp rebuke from Texas Lt. Gov. Dan Patrick on Tuesday, when he disputed negative characterizations of the bills and accused corporations of “meddling in these issues without any understanding.”

But the Rev. Edwin Robinson, the organizer of Dallas Black Clergy, praised the voice of businesses at Wednesday’s event.

News
With Warnock’s win, Democrats eye faith as a pathway to victory in the South
Follow us on Facebook!
Submit your photos to RNS