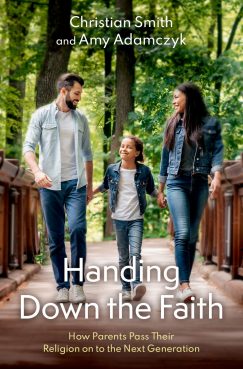 (RNS) — We all know that more young people are leaving religion today, and there’s a wealth of research about the characteristics of the ones who stay versus the ones who leave. What do the most religious kids have in common? Why do they stay involved in their parents’ faith?

There’s far less research, however, about those people’s parents. Amy Adamczyk, a professor of sociology at John Jay College of Criminal Justice in New York, wanted to turn the usual questions around and focus on parents: How do they go about raising faithful kids?

With Christian Smith, a sociologist at the University of Notre Dame, Adamczyk combed several national surveys for information and conducted over 200 interviews, resulting in the book “Handing Down the Faith: How Parents Pass Their Religion on to the Next Generation,” out this week from Oxford University Press. This interview has been edited for length and clarity.

One of the main findings of your research is that parents are still the most influential drivers of whether their children will grow up to be religious, and that this is an ongoing, daily thing. How does that happen?

The parents can’t be just putting on a show for their kids. The parents who pass down their religion really believe this stuff. It’s very important to them. And so they are always looking for opportunities to talk with their kids, where religious topics are regularly engaged in conversation.

Those conversations have to be two-way. A lot of parents might want to just preach to their kids or give a little sermon to tell them how it is. That might be the easier path, but the most successful parents are the ones who let the conversations be organic, growing from the kids’ own questions. 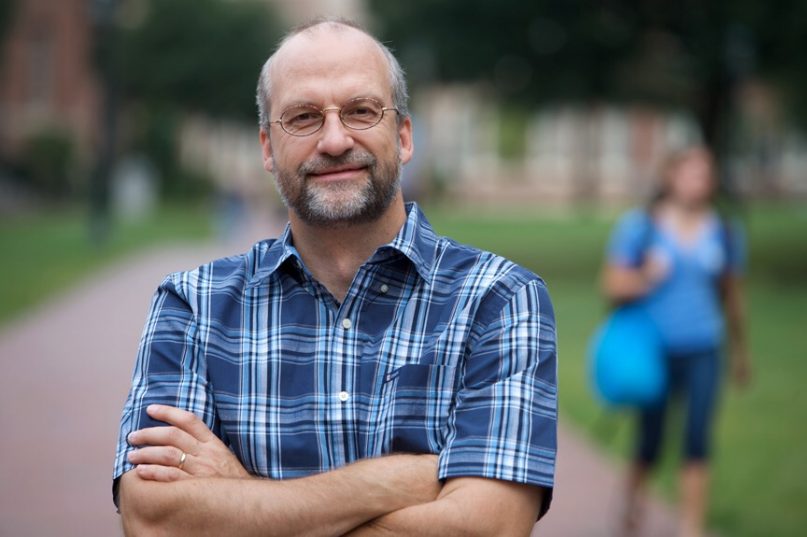 In the book you contrast four main parenting styles: authoritarian, authoritative, permissive, and less engaged. What was the best style for raising religious kids?

The authoritative parenting style, where they mix a strictness about religion with warmth, with a lot of love. That seemed to be most successful for passing on religious beliefs, whatever those beliefs were. The authoritative parents set clear expectations with regard to religion. They were going to church if they were Christian, they were having Bible study, they were doing various things and encouraging their kids to attend.

I was intrigued by what you said in the book about how successful religious transmission isn’t just a one-way street, where parents are imparting their religion. They’re also being influenced by their children’s faith. How does that work?

When parents are looking for openings where they can engage religion with their kids, they’re learning too. As they’re trying to explain this information to the kids, they’re kind of thinking it through themselves as well. Some of that might be very concrete, like their kids are suddenly interested in certain types of Bible stories and want to know more.

Then other times, it might be about questions that the kids are raising, like what happens to a decomposing body or why is it that we do this thing. And of course, a lot of adults don’t know why we do certain things or have a tradition, so they get excited to find out. So I think the kids can push the parents to think in new ways.

What surprised you most from your research?

But successful religious parents don’t just drop their kid off at church and then expect someone there will take care of everything. Maybe that was a perspective from 40 years ago, like my dad’s generation. But today, parents want to be involved in just about every aspect of their children’s lives, including transmission of religion.

You make the point, though, that most parents also don’t want their kids becoming too religious. Even the most religious parents don’t want to raise fanatics or extremists.

The parents sort of set the limits for how religious they wanted their kids to be. And this was fascinating for me. It was across a range of different religions, everybody from Muslims to Hindus to Mormons — a lot of them were very clear about saying, “We don’t want our kids to be too religious.” I think this reflects a shift in American religion, whereby religion used to be seen in a very different way. The purpose of religion used to be more intense, that it should shape what people viewed as good and desirable. It should govern their behaviors, maybe put some controls on things, tell people what’s right and wrong, and eventually help them to get to the ultimate place.

Religion has been shifting over the last 100 years, where it’s become a much more therapeutic device. It’s more about having a good and happy individual life. That’s kind of the shift that we observed in the work that we were doing. When parents would talk about their kids, it was very much about how they wanted them to be happy or to be good people, and religion was a tool to help them do that. Religion now is about a sense of personal identity.

GenZ is lukewarm about religion, but open to relationships, study shows