(RNS) — Most practicing Christians believe the church can enhance race relations in this country by welcoming people of all races and ethnicities, new research finds.

The new report, released Wednesday (April 28) by Barna Group and the Racial Justice and Unity Center, examines the views of what researchers call “practicing Christians,” people who self-identify as Christians, say their faith is very important to them and say they attended worship in the past month.

The research included 2,889 U.S. adults, with1,364 of them meeting the definition of “practicing Christians.” 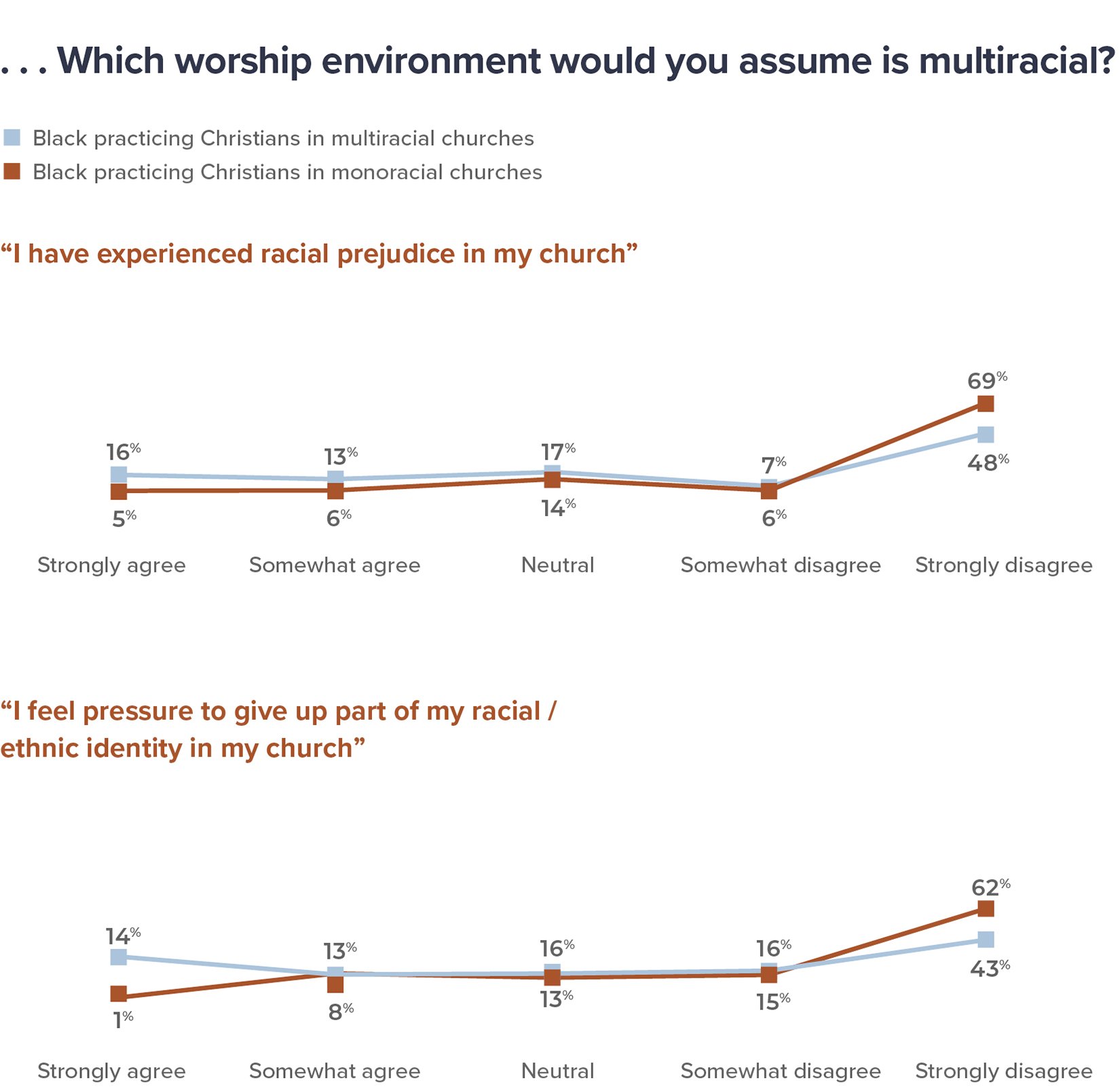 Graphic courtesy of “Beyond Diversity”

Even as the percentage of multiracial churches has dramatically grown, particularly in Protestant churches, there remain divisions on how to address racial justice among Christians as well as a willingness to do so, says the report, titled “Beyond Diversity: What the Future of Racial Justice Will Require of U.S. Churches.”

Emerson, a sociologist and co-author of the 2000 book “Divided by Faith: Evangelical Religion and the Problem of Race in America,” said both multiracial and homogeneous congregations “can make things better or worse.”

The report defines multiracial churches as congregations where no one ethnic or racial group comprises more than 60% of the congregation.

It notes a tendency in some multiracial congregations — many of which have leadership teams that are at least half white — to normalize white traditions and understandings while expecting congregants of color to assimilate. Graphic courtesy of “Beyond Diversity”

Emerson, a white man and longtime advocate of multiracial churches, acknowledged that “given our times, homogeneous congregations led by people of color can serve as a safe haven for people of color and be strong voices for justice.”

The report also found that Black practicing Christians (68%) are more than twice as likely as their white counterparts (32%) to link racial inequalities in housing, income and jobs to ongoing discrimination.

On the other hand, white practicing Christians (32%) are almost three times as likely as their Black counterparts (11%) to say such inequality occurs “Because many Black fathers leave their families.” 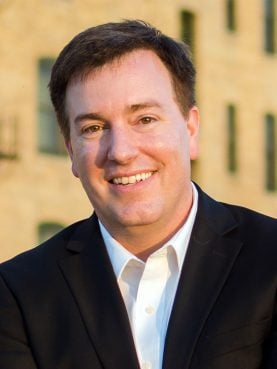 Glenn Bracey, a Black man and the other co-principal investigator for the research, said in the report’s introduction that the new study aims “to uplift the Church — not to shame it.”

But he said the differences between white and Black Christian views on historical oppression of people of color demonstrate “a pattern in which the powerful and advantaged deny or minimize the social structures that sustain their dominance.”

Bracey, assistant professor of sociology and criminology at Villanova University, added: “it appears that racial divisions and stereotypes in society are not only present, but often more concentrated, in the Church.”

The research also showed white practicing Christians in multiracial churches appeared to have a greater sense of awareness about past and present racial injustice and have more of a desire to deal with it.

About half (51%) of white practicing Christians attending multiracial churches say they are motivated or very motivated to address racial injustice, compared with 28% of those who attend primarily white congregations.

The report, which suggests resources for churches seeking racial progress, includes comments from other experts, including one who noted that just reading a report or attending a conference is not sufficient.

Barna Group, a California-based research firm, described itself in the report’s preface as having a “predominantly white team” that has sought out leaders and churchgoers of color as “a step in our own repentance toward segments of the Church we haven’t fully represented and served in our work.”

The overall sample of 2,889 respondents had a margin of error of plus or minus 1.8 percentage points. 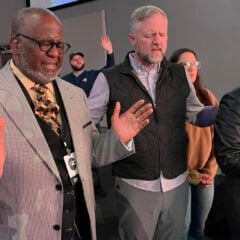