(RNS) — At the end of a day of fasting during the holy month of Ramadan, observant Muslims around the world aren’t looking for just any snack. The iftar, a filling communal dinner, lies ahead. What’s needed at sunset is a jolt that will raise the blood sugar without asking too much from yearning stomachs. Sweet, high-fiber dates are the traditional answer, preferred by the Prophet Muhammad, but Muslims reach for a range of sugary concoctions as well.

In the Arab world, one of the most popular is an apricot juice drink known as Qamar al-Din, or “moon of the religion.”

In Egypt, Qamar al-Din is everywhere during Ramadan, which this year falls roughly from April 12 to May 12. On the street corners of Cairo, Alexandria and other Egyptian cities, men with towering metal dispensers perched on the back of their carts offer steel cups of Qamar al-Din to passersby.

The drink is meant to be consumed in hasty gulps within sight of the cart when the sunset call to prayer signals the time to break one’s fast. Many carts stay in place late into the evening, until the metal jugs are emptied. 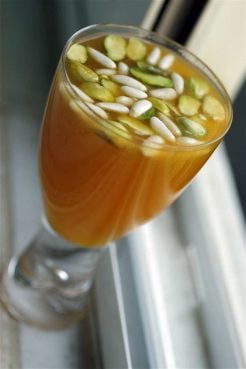 Despite its grandiose name, Qamar al-Din is a humble drink. Though the origin of its lunar connection is unclear, one story has it that an unnamed Egyptian caliph would enjoy a glass to welcome the first-moon sighting that marks the start of the lunar month of Ramadan. Another reading suggests that its name refers to the handsomeness of its inventor: “Qamar” or “moon” can be used as shorthand for good-looking, and al-Din is a common surname. (The Egyptian word for tangerine, “Yusufendi,” is similarly thought to be named for some now otherwise unknown man, “Yusuf Effendi.”)

It is likely that Qamar al-Din originated in Syria, and particularly the Damascus suburb of al Ghouta, which even today is famous for its apricots, often in short supply recently due to the Syrian civil war.

Traditionally, Qamar al-Din is produced by boiling apricots with a lot of sugar over a fire. The resulting mixture is strained and soaked in olive oil before being left to dry. The process produces a durable fruit leather that allowed apricot flavors to be shipped and enjoyed across the Middle East and Africa; today, Qamar al-Din is consumed from Iraq to Somalia.

But as fun as watching apricots dry sounds, most people use pre-made apricot fruit leather to make their Qamar al-Din. Available in Middle Eastern grocery stores or on Amazon, these sheets of dried apricot are usually soaked in water overnight and cooled in the refrigerator or boiled and set aside to cool. Sugar is added to make it even sweeter. (Some make a pudding at this stage by stirring in a little corn flour to the boiling pot until it reaches the right thickness before letting it sit to cool.)

In Lebanon, Qamar al-Din is often served over ice with some pine nuts floating on the surface. Elsewhere it is garnished with bits of dried apricot, dates, coconut or cinnamon. Some strain the mixture to ensure it is not lumpy, or add orange blossom water or rose water to taste — two other ingredients you can find at your local Middle Eastern grocery store. It’s as simple as that. 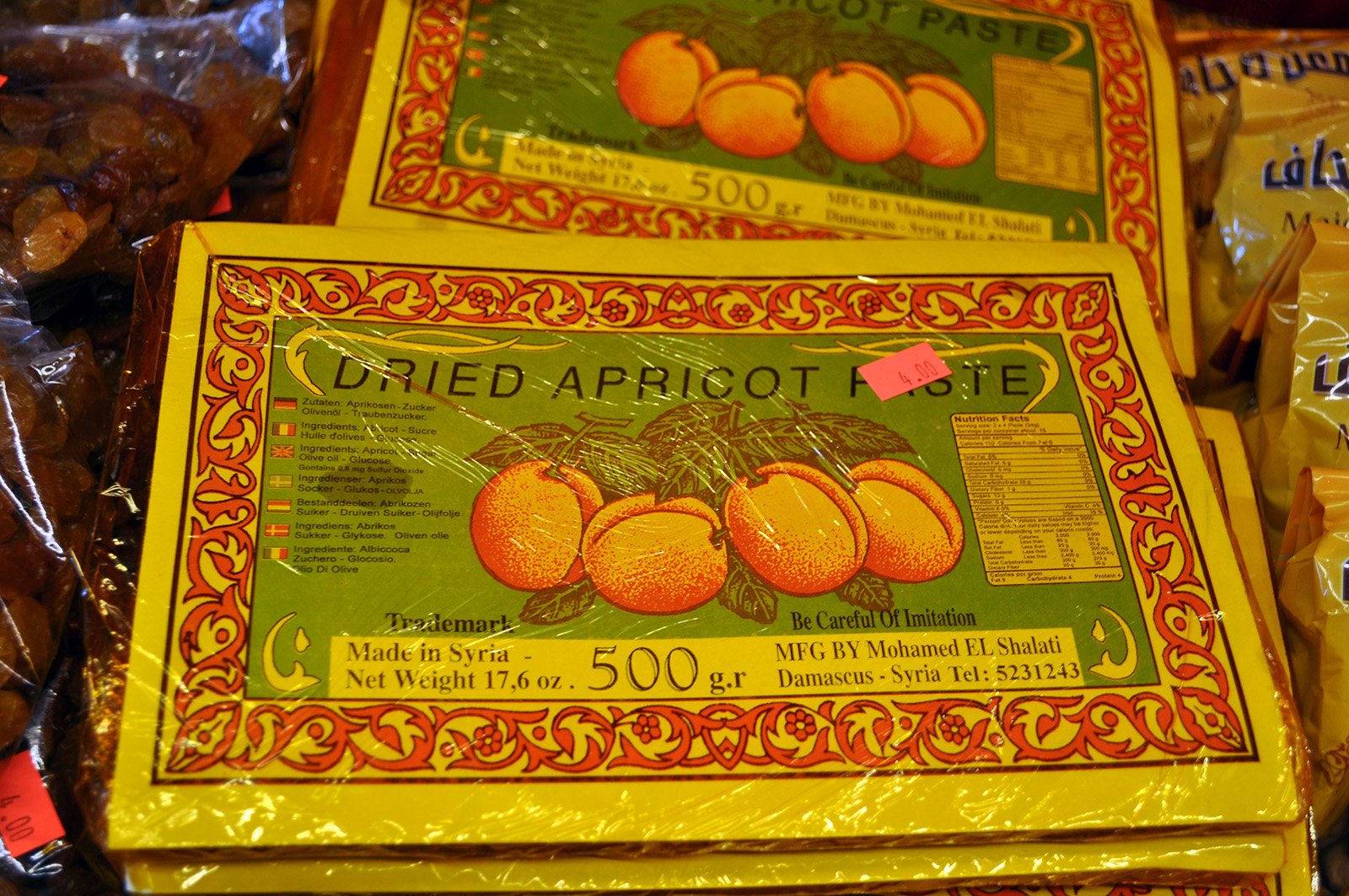 14 ounces (400 grams) of dried apricot paste (usually, this is an entire sheet)

3 tablespoons of sugar (to taste)