(RNS) — Meet James Lindsay, the sword-wielding atheist hoaxer and former massage therapist who wants to save the Southern Baptist Convention.

Over the past two years, Lindsay has been on a crusade against what he sees as a “woke” invasion of the nation’s largest Protestant denomination.

Through online videos, conference speeches and a relentless Twitter feed, Lindsay has warned that discussions about race and sexism in the SBC are really a Trojan horse, designed to destroy the church from within. In particular, he’s taken aim at Bible teacher Beth Moore, SBC President J.D. Greear and Baptist ethicist Russell Moore — all of whom he claims are part of a woke agenda infiltrating the SBC.

Lindsay’s concerns are summed up in a recent video clip from Founders Ministries, a Florida-based group that claims the SBC is being taken over by liberal and godless ideologies.

If you want to end Christianity, Lindsay warns in the clip, “Make them woke.”

But Lindsay is an odd choice to save the SBC from “wokeness” or guide the denomination’s discussions of race.

Indeed, it might seem strange Lindsay would concern himself over the demise of Christianity at all. He’s a longtime skeptic of religion, a self-described “seeker of truth” who, like horror writer H.P. Lovecraft, wasn’t made to believe in God. In the past, Lindsay has warned that belief in God could undermine America’s future, and he co-wrote about the so-called God problem.

While he has a doctorate in mathematics, Lindsay has no formal training in religion or in critical theory or in how race affects American culture. In fact, Lindsay is best known for his role in the so-called grievance studies hoax. He and two colleagues — magazine editor Helen Pluckrose and philosopher Peter Boghossian — wrote a series of fake papers, on topics like fat bodybuilding and rape culture at dog parks, and submitted them to niche academic journals. 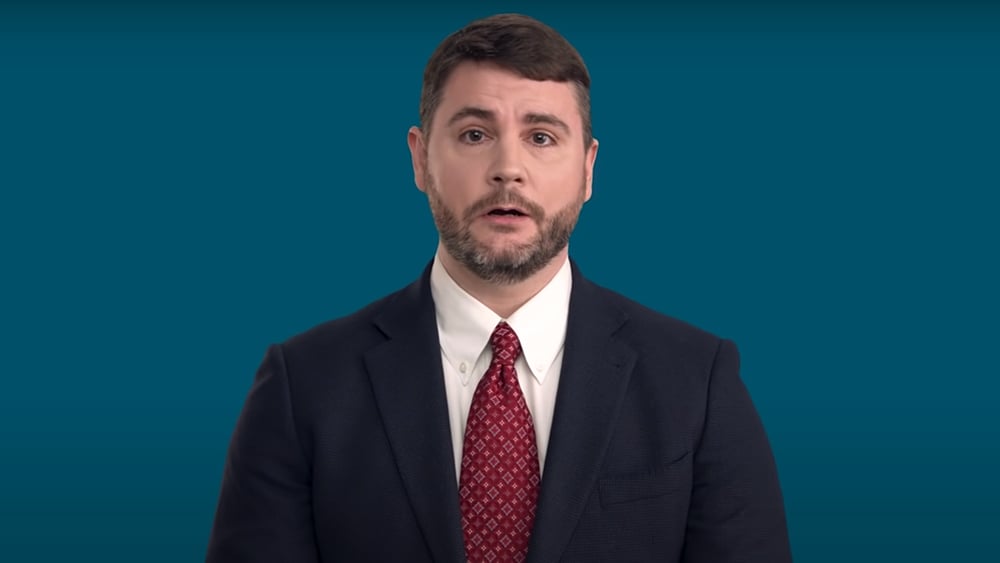 Lindsay and Pluckrose’s 2020 book “Cynical Theories: How Activist Scholarship Made Everything About Race, Gender, and Identity — and Why This Harms Everybody” became a bestseller and go-to source for critics of critical theory.

The grievance studies hoax transformed Lindsay’s career. Before the hoax, he was a massage therapist who ran a business called Twisted Roots Bodywork, which combined massage with martial arts.

On social media, he’s joked about his lack of credentials in critical theory.

“Looks like the story finally broke too,” he wrote on Twitter last summer. “The guy who pranked all those academic journals was a massage therapist too. LOL lol LOL.”

The hoax got the attention of Michael O’Fallon, a conservative activist and president of Sovereign Nations, a conservative Christian nationalist group. O’Fallon, who also has organized cruises for tea partyers and Calvinist Christian nationalists, has long been a critic of liberal causes and critical theory. He has claimed that evangelical and Catholic leaders have been bought off by the Open Society Foundation led by philanthropist George Soros.

On social media, O’Fallon claimed he wants to start a new reformation to counter the social justice movement in the church.

Lindsay and O’Fallon have close ties. 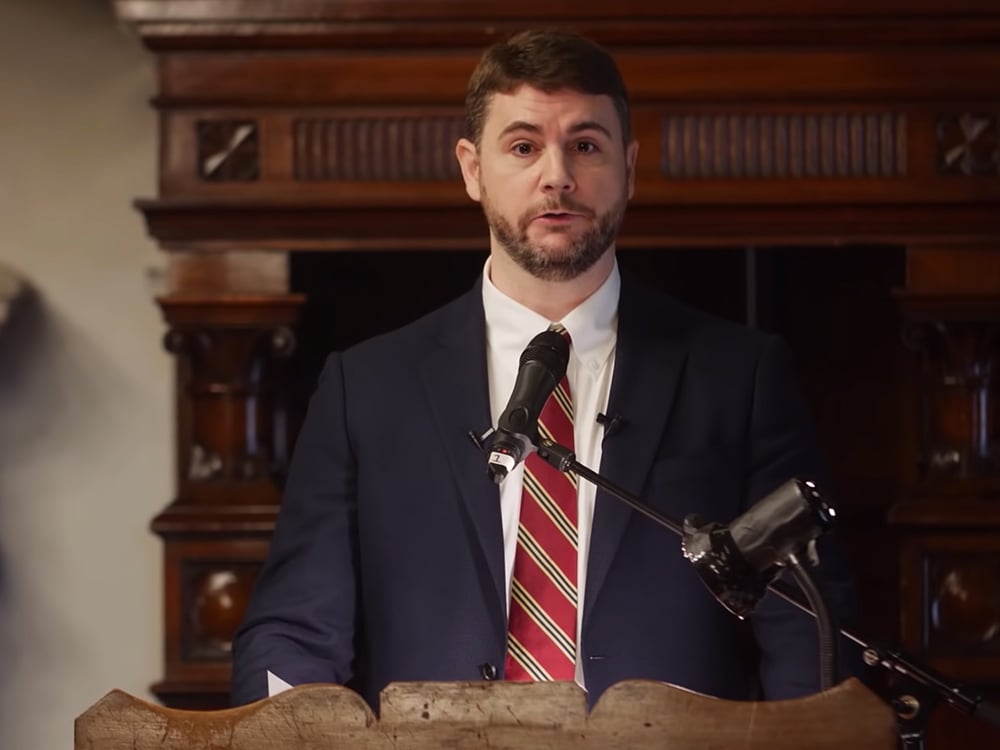 James Lindsay presents his talk, “The Truth About Critical Methods,” in a video published by New Discourses. Video screengrab

According to a report filed with the Florida secretary of state, O’Fallon is the owner and registered agent for New Discourses LLC, which runs the website that promotes Lindsay’s work. Lindsay is also featured in a series of videos about critical theory and the SBC, posted on the Sovereign Nations website.

RELATED: We out: Charlie Dates on why his church is leaving the SBC

In Southern Baptist circles, Lindsay has become a key critic of Resolution 9, a statement about critical race theory and intersectionality passed at the SBC’s annual meeting in 2019. That resolution refers to those two theories as analytical tools that “can aid in evaluating a variety of human experiences.” The resolution also says those theories “are insufficient to diagnose and redress the root causes of the social ills that they identify, which result from sin.”

Lindsay and his friend Tom Ascol, president of Founders Ministries, say Resolution 9 is a sign critical theory has invaded the SBC and will lead to more divides.

Ascol’s group drew on Lindsay’s work for a documentary about what it sees as a liberal infiltration of the SBC. Lindsay was also included in a promotional video put out by Founders Ministries to encourage people to attend the SBC’s annual meeting in Nashville, Tennessee, this summer.

Ascol did not respond to repeated requests for comment.

Despite his admitted status as a hoaxer, Lindsay was a featured guest on an interview program with Albert “Al” Mohler, president of the Southern Baptist Theological Seminary in Louisville, Kentucky. Mohler described Lindsay as a “public intellectual” and labeled his new book an “intellectual tour de force.”

In an interview with Religion News Service, Mohler described Lindsay as a “provocateur” who has no “intellectual respect for conservative Christians.”

“But his analytical work has been quite helpful,” said Mohler.

Mohler also defended Lindsay’s hoax papers, saying they were an attempt to show what he called “the vacuity of the world of theory.”

“I find that interesting from an apologetics point of view,” Mohler told RNS.

Mohler and other Southern Baptist seminary professors issued a letter last year saying CRT is incompatible with the SBC’s statement of faith. That move led several high-profile Black pastors to leave the denomination.

When asked why he looked to Lindsay to understand critical race theory, rather than Christian scholars, Mohler claimed few people had “given sustained attention to critical theory from a conservative viewpoint.”

Andre E. Johnson, a professor who studies race, religion and rhetoric at the University of Memphis, said there are a number of Christian scholars and Southern Baptists who study critical race theory. But those scholars are unlikely to view CRT in a way that is appealing to conservative critics.

So it is no surprise Baptists have turned to a hoaxer like Lindsay, rather than having a good faith engagement with scholars, Johnson said. He said SBC leaders aren’t coming to the table to learn about CRT.

“They have already made their minds up,” said Johnson, who is Black. “They could really care less if I tell them about the tenets of CRT.”

Johnson, who is the longtime pastor of a church in Memphis, said he sees no contradictions between the study of critical theory and Christianity, despite claims by critics that CRT conflicts with the Christian gospel.

Critical theory looks at the way race operates in society, said Johnson. It doesn’t say anything about salvation or theology or other spiritual concerns. But it can show, he said, the way sin can permeate any system.