(RNS) — In 2018, something happened at the MLK50 Conference in Memphis, an event co-hosted by the Southern Baptist Convention’s policy arm and The Gospel Coalition. It was the first time to my knowledge that white evangelicals had celebrated in concert the life, memory and work of the Rev. Martin L. King Jr. On the eve of the 50th anniversary of his assassination, it was as if they had come to reckon with the ghosts of their past and the theological underpinnings that ignored his ministry.

I left that conference feeling hopeful. The young people I met that week shocked me with the warmth and enthusiasm with which they embraced the subject matter.

I returned to our Progressive Baptist Church in Chicago with a bit of sophomoric optimism. We were already working with the SBC on a training program at our church, and almost all of the Illinois Baptist State and SBC national leaders I had met seemed aware that their forefathers fell woefully short of any standard of biblical justice.

From 2016 to 2019, too, I preached on the campuses of four of the SBC seminaries and had been invited to another. The backstage conversations at these gatherings promised a new era of advancement on race and theology.

So we decided to cooperate and join our church to the SBC in what is known as a dual affiliation.

The resistance, especially from some of our elderly membership, was swift and sincere.

“That was the old Southern Baptists,” I promised them and others in our church. The specter of racial animus and theological arrogance was giving way to a new era of Christian leadership, I suggested. Sure, there were more battles to be won before legitimate change would warm the hearts of African American churches like ours, but that’s why our movement felt almost prophetic.

At the emergence of the pandemic, the SBC donated to our emergency effort to provide online food delivery services for Chicagoans with SNAP benefits. Here it was, I thought, further proof that the old SBC was fading.

But as 2020 went on, I grew increasingly uneasy. When Albert Mohler, the president of the Southern Baptist Seminary, said the only politically moral option for Christians was the Republican Party, I asked other SBC leaders, good Christian men, to challenge him. They would not. I was shocked, but not surprised, when Mohler endorsed President Trump and watched the two men — on Reformation Day — celebrate each other on Twitter.

And then, last week, a final straw.

On Dec. 1, all six of the SBC seminary presidents — without one Black president or counter opinion among them — told the world that a high view of Scripture necessarily required a corresponding and total rejection of critical race theory and intersectionality. 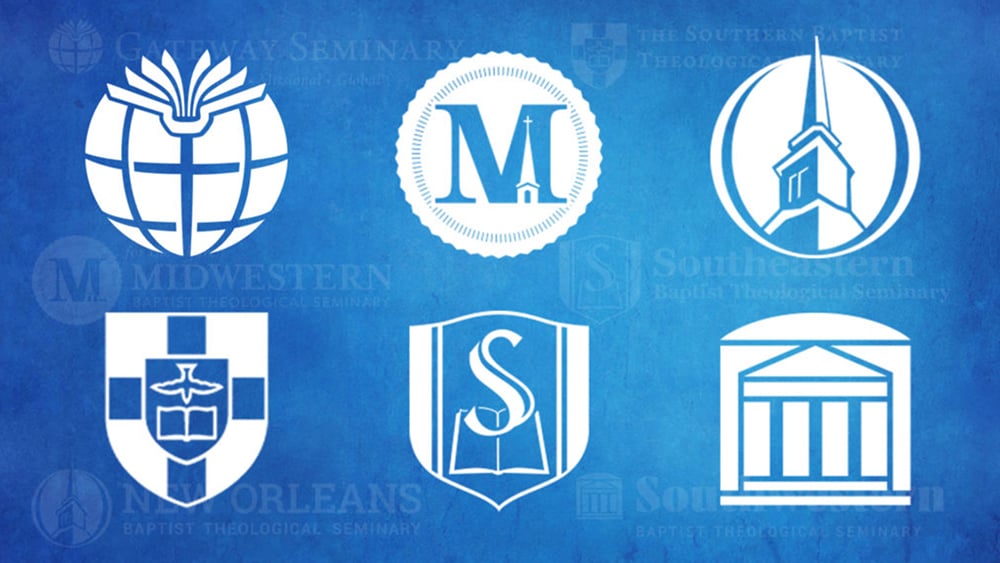 When did the theological architects of American slavery develop the moral character to tell the church how it should discuss and discern racism? When did those who have yet to hire multiple Black or brown faculty at their seminaries assume ethical authority on the subject of systemic injustice?

How did they, who in 2020 still don’t have a single Black denominational entity head, reject once and for all a theory that helps to frame the real race problems we face?

I had to tell my church I was wrong. There is no such thing as “the Old Southern Baptists.”

Conservatism is, and has always been, the god of the SBC.

To them, a belief in a high view of Scripture must mean an adaptation of Republican politics and, with it, the dismissal of critical race theory and intersectionality because of a fear of “liberalism.” That said, our church has just as high a view (if not higher) of Scripture as any SBC church, but theirs is an inconsistent epistemology. They are selectively conservative.

But what is “liberal” in the history of American Christianity? What is liberalism to the conservative Southern Baptists?

I’ll tell you: abolition, the women’s suffrage movement, the civil rights movement, a Black U.S. president who was initially against partial-birth abortion, non-white male faculty at their seminaries and now a theory that uncovers our nation’s de jure and de facto segregation.

I’ve learned there is an unwritten rule in the SBC: Don’t criticize an entity head.

It’s the same approach that created President Donald Trump, that makes sure that no Republican leader will challenge him publicly. That philosophy has weakened whatever prophetic potential the SBC has.

Mohler, to take one example, endorsed a philandering, racist president, thereby betraying his Black and brown Christian family. He told his trustees to uphold the slaveholder for whom his college is named. He hijacked the affirmation meeting of the Baptist Faith & Message, turning it into a conservative resurgence revival. In all that, he can never be criticized within his ranks. That’s the good ol’ boys’ club. That’s the old SBC.

To be clear, the SBC has some longstanding, credible Black pastors in its tribe, and I don’t mean the kind who are tokens or assimilators. Their seminaries have hosted outstanding guest faculty and chapel speakers outside of their norm. This was why I felt it safe to forge an alliance.

But there are others who sit close to power within the SBC and who are silent against the racism that plagues their own congregations. They are ready to see their young adopt the very vestiges of hate that enslaved us in the name of God’s authoritative word. They are ready to send their young students to the very seminaries that are both vestiges of racial animus and also the places where these harmful attitudes are perpetuated.

I can’t speak for them. I imagine they provide cover for the SBC leadership to further alienate Black and brown Christians who do not ascribe to their heritage of dangerous conservatism. That’s their choice.

As for me and the Progressive Baptist Church, I keep hearing the words of Harriet Tubman: “We out.”

The hard reality of the seminary presidents’ statement is that Black people will never gain full equality in the Southern Baptist Convention. My acknowledgement of this is not a statement of submission, but an act of defiance. The SBC’s power structure wants to maintain white dominance. They are happy to have a Black chapel speaker, the occasional conservative Black professor whose classes are not taken seriously or a Black employee who never bucks against their notions of superiority.

And yet, our departure is not enough.

If you sense the malaise around Christian denominations, then you already yearn for a new vision and a new standard. None of our denominations, Black or white, are as relevant and biblically prophetic as our present age requires.

They are to us what the Electoral College is to the United States: a body that no longer produces what it originally promised. 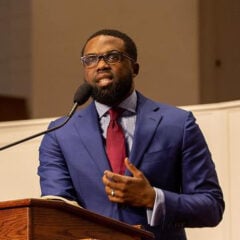 I respect the importance of Christian denominations, the accountability and resources they provide for the larger body. So, I propose to you that we need a new organism, not led in full by white men; a Christian collective that makes room for the essentials of the faith and the diversity of the Church; a robust engine that finances the impoverished sides of the Church, speaks justice courageously to the government and cares gently for the oppressed, marginalized and women.

(Dr. Charlie Edward Dates is the senior pastor at Chicago’s Progressive Baptist Church. The views expressed in this commentary do not necessarily reflect those of Religion News Service.)