Time magazine hit the newsstands with the following headline: “Is God Dead?”

“Reaction from the world’s great and from the man in the street was uniformly incredulous. From Independence, Mo.,” said a contemporary news report, “former President Harry S Truman, who received the news in his Kansas City barbershop, said, ‘I’m always sorry to hear somebody is dead. It’s a damn shame.'”

The death of God movement was a short-lived intellectual fad — the theological Pet Rock of its time. It was mostly a Christian phenomenon.

For Jews? Meh. We had other fish to fry. In June 1967, with the Six-Day War looming before us, we hardly had the psychic space to focus on the purported death of God. We were far more focused on the potential deaths of Jews. So, too, we worried about the Jews in the Soviet Union.

No one was talking about God. Outside of the permeable walls of Orthodoxy, the American Jewish community had become overwhelmingly secular.

Which brings me to the only Jewish thinker who trafficked in the idea of the death of God. That was Richard Rubenstein — the most iconoclastic, maddening, frustrating, heretical and creative Jewish thinker of his generation — who died this past weekend at the age of 97.

The story of Rubenstein is the story of a very complicated man who grew up in a working-class Jewish family in New York. As a teenager, he suffered a humiliating beating at the hands of antisemitic attackers. That experience led him to believe that to be Jewish was to be powerless. He flirted with Unitarianism. He turned to Reform Judaism. He entered Hebrew Union College in Cincinnati. 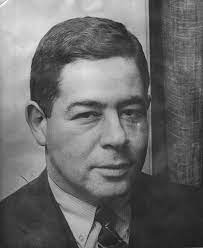 This was in the early 1940s. He found it incomprehensible that as Jews were dying in Europe, our movement clung to its anti-Zionism. He escaped to the Jewish Theological Seminary, where he was ordained as a Conservative rabbi.

On the day before Yom Kippur in 1950, his infant son suddenly died. It was a crib death. That experience — to lose a child at the season of judgment — prompted him to think deeply about God. Rubenstein would leave pulpit life. He served several Hillel foundations, became a professor at Florida State University and ultimately became president of the University of Bridgeport and one of the intellectual fathers of neoconservativism.

Richard Lowell Rubenstein was a radical thinker. His books exhibited that radicalism and that outrageous sense of iconoclasm.

There was “After Auschwitz,” his master work. There was “The Religious Imagination” — an exploration of the parallels between Freudian psychoanalysis and rabbinic literature. There was “My Brother Paul,” in which he sought to reclaim the Apostle Paul for Jewish audiences. There was “The Cunning of History,” a reflection on the mentality of the Holocaust — a tiny book that influenced none other than William Styron in the writing of his novel, “Sophie’s Choice.”

To be fair, Rubenstein did not really believe that God was dead.

For Rubenstein, it was simultaneously simple and stark.

I suspect that there are not a few of you who might agree with him. “If God allowed the Holocaust to happen, I do not need that God. I like being Jewish. I like being connected to the Jewish power. But if this is the God that you are asking me to accept, count me out.”

How do I respond to this? How do I rescue God and Jewish identity from the abyss?

I turn to a man who is exactly 10 years younger than Rubenstein. He happens to be the last surviving major Jewish thinker of that generation.

I am referring to Rabbi Yitz Greenberg — the modern Orthodox rabbi, who is still creative and productive in his late 80s — who has been one of the most profound influences on my life and my rabbinate, and upon countless others.

This is what Greenberg teaches — using the same data points as did Rubenstein.

But, what did Greenberg do with this?

That should have been the end.

We would not let God go.

When it comes to understanding God and Judaism, I vastly prefer Greenberg to Rubenstein.

Rubenstein was my teacher, but I was not his disciple.

But, I turn to words that he wrote, almost a half-century ago, that bring meaning to this moment in the Jewish world. He echoes the title of his most famous book, “After Auschwitz”:

It is sometimes said that Arab threats to exterminate the Israelis are mere hyperbole. After Auschwitz, no Jew can ever take such a threat lightly. … It is earnestly to be hoped that peace can come to the Middle East. An indispensable element in such a peace must be assurances of genuine credibility that Arab threats of extermination are in fact hyperbole rather than an actual statement of intent. Until then, the Israelis will have no choice but to assume that those who refuse to recognize the State of Israel anticipate a Middle Eastern Auschwitz.

The lips of Rubenstein move from the grave.

May his memory be a blessing — a rich, complex, jarring blessing.

Martini Judaism
Does Sean Hannity believe in God?
Follow us on Facebook!
Submit your photos to RNS