(RNS) — I am a co-founder of a 2-year-old advocacy organization called Hindus for Human Rights. We are a small, nimble nonprofit, with just one full-time staff member and without a physical office.

So you can imagine my surprise when I learned that my colleague Raju Rajagopal (another co-founder of HfHR) and I are being sued by one of the largest, and wealthiest, Hindu organizations in the United States: the Hindu American Foundation.

What had we done?

Raju and I were quoted in two Al Jazeera articles published April 2 and April 8, which reported that right-wing Hindu organizations in the United States had received federal COVID-19 relief funds.

In response, HAF sent us “cease and desist” letters and demanded that we retract our statements and apologize within 24 hours. HAF sent similar letters to leaders of two Muslim and Christian advocacy organizations with whom we work closely, to Al Jazeera and the journalist who wrote the articles, and finally to Audrey Truschke, a professor of South Asian history at Rutgers University.

Apart from Al Jazeera, each of us being targeted by HAF is an outspoken advocate for human rights and religious freedom in India. Together we speak out against the Indian government’s escalating attacks on minorities and its increasing advocacy of Hindutva, or Hindu supremacy.

We have been supported since HAF’s lawsuit was filed in a letter of solidarity that now has more than 300 signatures, including such names as Cornel West, University of Chicago law professor Martha C. Nussbaum and novelist Hari Kunzru.

In contrast to Hindu religious traditions, which have deep and rich histories going back many centuries, Hindutva is a thoroughly modern political ideology, whose advocates are seeking to transform India from a secular democracy into a Hindu nation where non-Hindus, who make up a fifth of India’s population, are unwelcome or forced to live as second-class citizens.

Unfortunately, HAF has deep ties to those who espouse this ideology. For years, HAF has cheered on the Hindutva-aligned government of Indian Prime Minister Narendra Modi, dismissing the clear violations of religious freedom and democracy under his rule. As the only national-level Hindu American organization, HAF has been able to claim that its views represent all 3 million Hindu Americans. 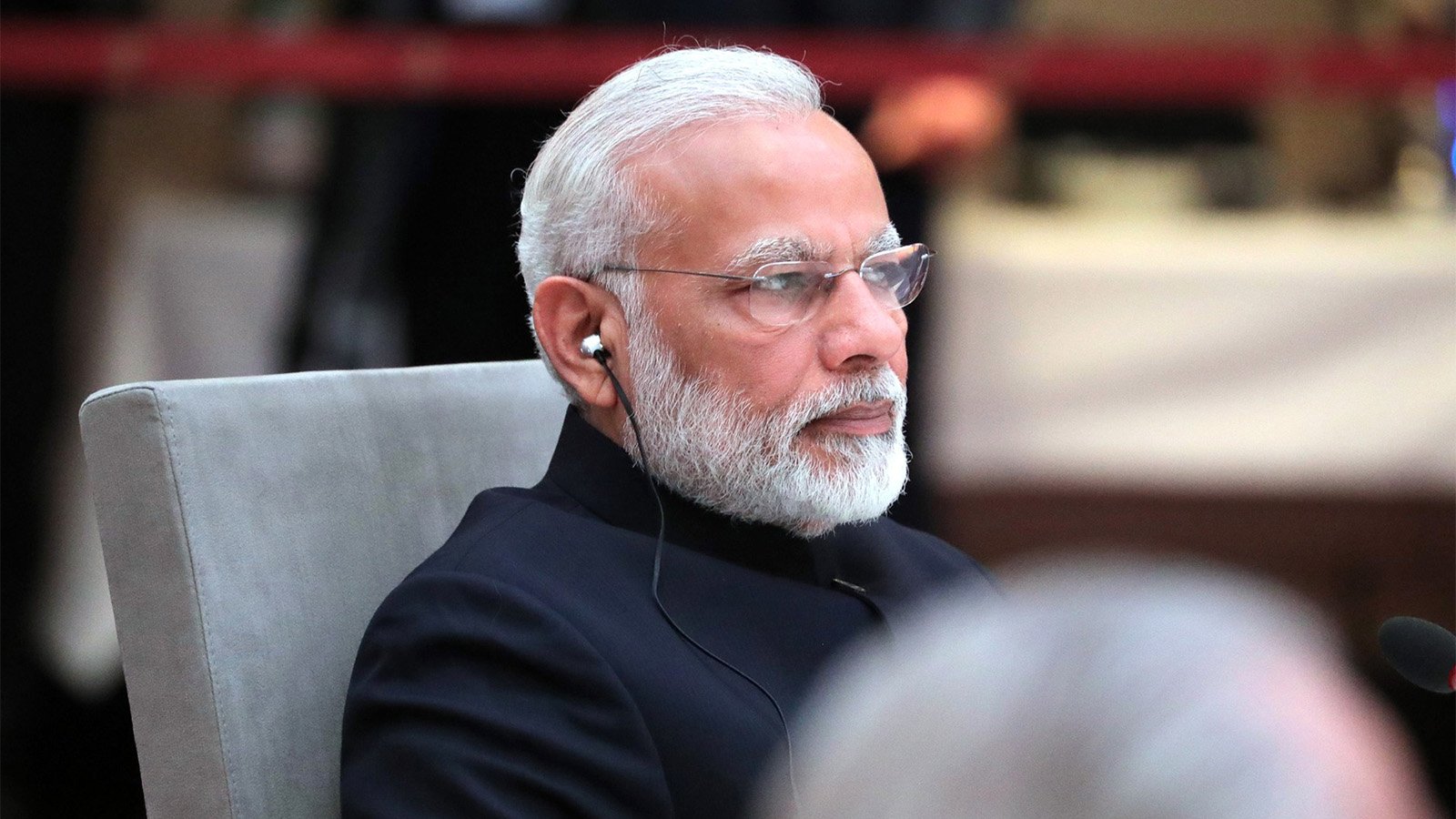 Indian Prime Minister Narendra Modi at a meeting in Hamburg, Germany, on July 7, 2017. Photo courtesy of the Kremlin/Creative Commons

Raju and I co-founded HfHR because Hindutva-aligned organizations like HAF do not represent our faith or that of millions of progressive Hindus in the U.S. and India. HfHR exists to provide a  more progressive presence in all Hindu spaces: social, religious, educational and political. We are tirelessly calling on our fellow Hindus to stand up and oppose the Islamophobia and other bigotry and violence reflected in aspects of Hindutva.

HAF appears to be deeply alarmed that we are offering an alternative, more inclusive and egalitarian Hindu voice in many of the same advocacy spaces that it has monopolized for so long. This lawsuit is a clear sign that our advocacy is beginning to have an impact.

We are committed to ensuring that Hindutva-aligned organizations such as HAF are not the only public and political voices for Hindu Americans. We may not yet have the resources and numbers that HAF enjoys, but we are growing in capacity and confidence and are present in many spaces, coalitions and arenas where HAF used to be the only Hindu voice.

We suspect this is why HAF has sued us, employing a law firm, Harder LLP, that has represented clients such as Donald Trump, Melania Trump, Harvey Weinstein and Roger Ailes. The fact that Harder LLP is HAF’s law firm speaks volumes about HAF’s tactics and priorities.

As Indian Americans who are well aware of our First Amendment rights to express our opinions, Raju and I stand by our words resolutely. We believe that HAF and the other American Hindu organizations named in the articles have deep ideological connections with Hindutva-aligned organizations in India.

Unlike HAF, we do not have massive assets to protect. All we have is our truth and our integrity, and our commitment to serving the cause of justice. If we retract our words and apologize for our truth, what integrity will we have left?

Our Hindu faith teaches us to be radically inclusive and egalitarian; to see the whole world as one; to see the divine in the face of everyone we encounter; to see the joys and sorrows of others as our own. And our faith also teaches us to stand firm and fearless as we engage in our dharma (right action). The oldest Hindu scripture, the Rig Veda, affirms freedom of thought and expression: “Let noble thoughts come from all directions” (Aa no bhadra kratavo yantu vishwatah). 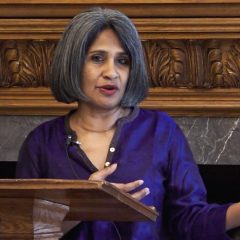 Under the ideology of Hindutva, free speech and dissent — values that the Rig Veda praises — are under attack in India today. What better way to validate my charge that HAF is complicit in this trend than to sue me and Raju for pointing this out?

(Sunita Viswanath is a co-founder of Hindus for Human Rights. The views expressed in this commentary do not necessarily reflect those of Religion News Service.)