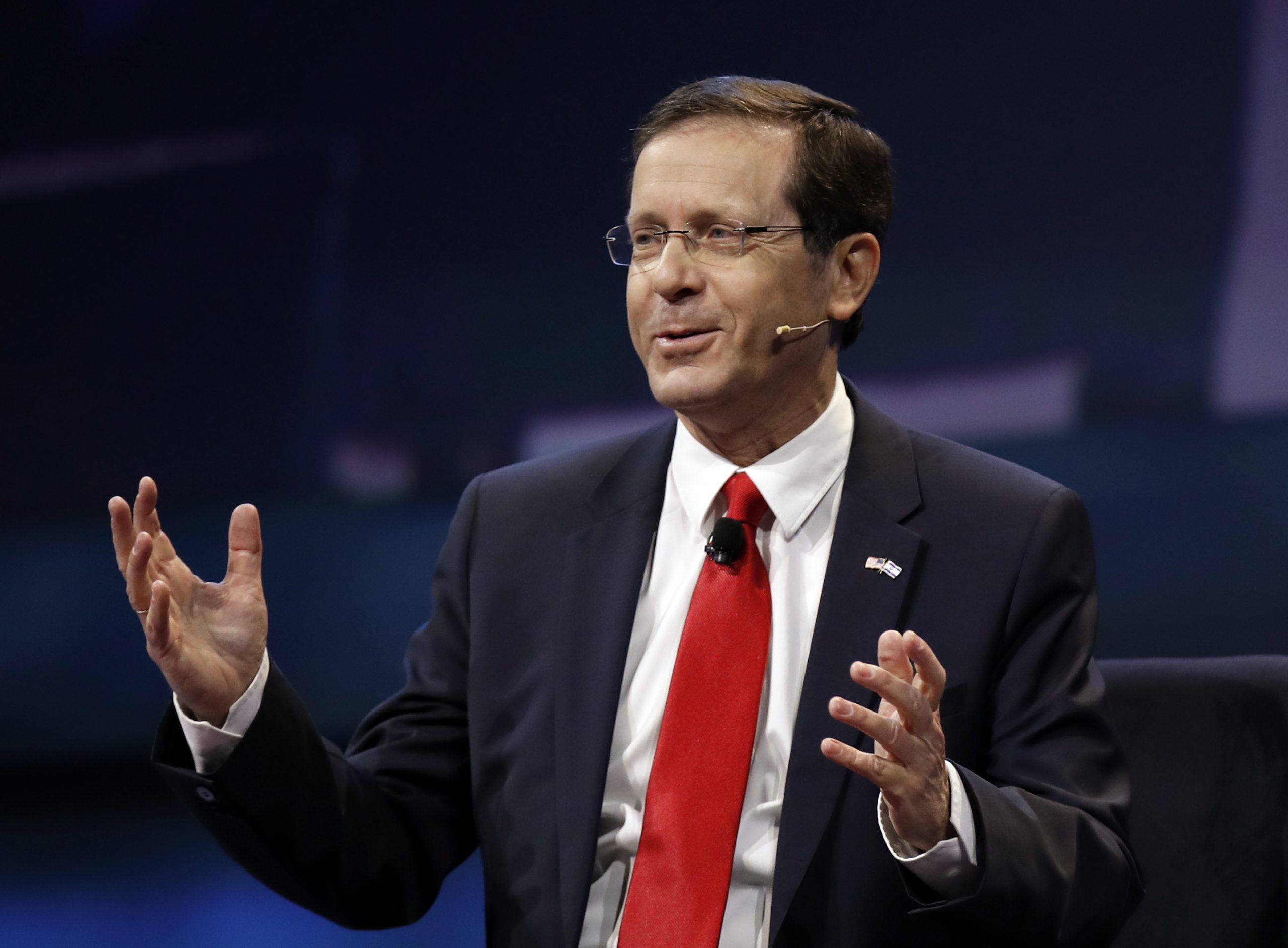 FILE – In this Monday, March 27, 2017, file photo, Isaac Herzog speaks at the AIPAC Policy Conference in Washington. The Israeli parliament on Wednesday, June 2, 2021, is set to choose the country’s next president, a largely figurehead position that is meant to serve as the nation’s moral compass and promote unity. Two candidates are running — Herzog, a veteran politician and scion of a prominent Israeli family, and Miriam Peretz, an educator who is seen as a down-to-earth outsider. (AP Photo/Manuel Balce Ceneta, File)

It is time for a better Jewish text message: “Start smiling; good news to follow.”

We are way overdue for some good news out of Israel.

The first piece of good news: the new coalition that will be ruling the state of Israel.

It is not only that we are saying bye, bye Bibi. 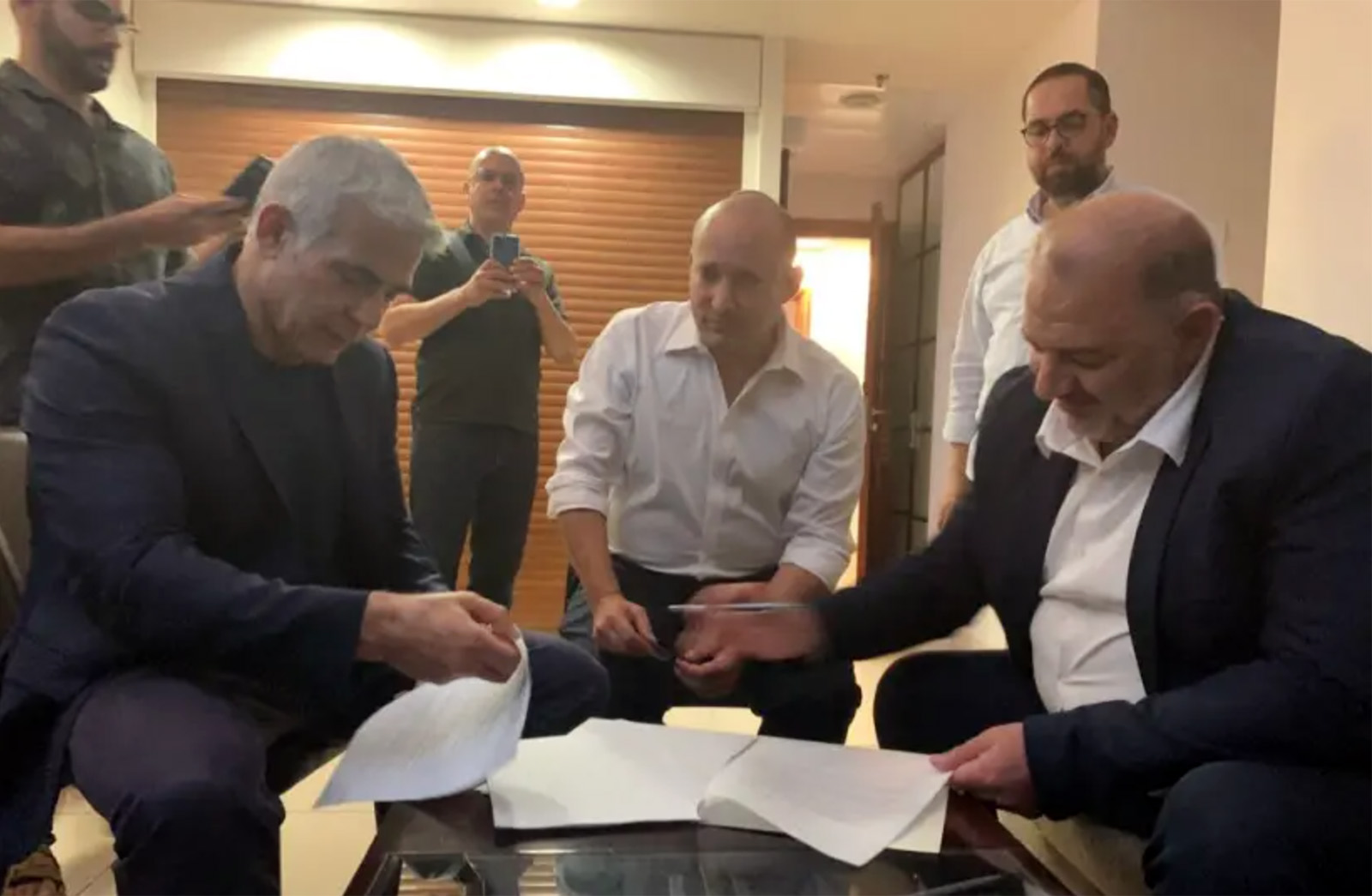 For the first time in Israeli history, an Arab party is now part of the ruling coalition.

People like to talk about how smart Jews are and, especially, how resourceful Israelis are.

I have my serious doubts. Apparently, we cannot even get “apartheid” right.

Isaac Herzog is to be Israel’s first second-generation president. His father was Chaim Herzog, Israel’s sixth president. Chaim Herzog was the key spokesman for Israel during the Six Day War of 1967. Perhaps his most famous and useful public act was when he served as Israel’s permanent representative to the United Nations.

It was in 1974. As the United Nations voted to declare Zionism to be a form of racism, Chaim Herzog stood up before the General Assembly, and he tore up the resolution.

All this before he turned sixty years old.

So, that is Isaac Herzog and his father, Chaim Herzog.

No one calls Isaac Herzog Isaac, or even his Hebrew name, Yitzhak.

It’s Bougie. That was the nickname his Egyptian-born, French-speaking mother gave him.

This is so profoundly and uniquely Israeli. There is a long list of nicknames for political figures and public personalities.

And then, of course, there is “Bibi” Netanyahu.

There is something sweet and telling in this Israeli propensity for public nicknames. We do not have this in the United States.

But, in Israel, due to the size of the country, the relative youthfulness of the country itself and the close-knit nature of the population — and that everyone serves in the IDF and those relationships are part of your life forever — it is only natural.

Like I have often said: We might be a small people, but we are a large family.

Bougie’s grandfather, for whom he was named — Chaim Herzog’s father — was Rabbi Yitzhak Herzog.

Rabbi Herzog was the first Ashkenazic chief rabbi of the state of Israel. Before that, he served as the chief rabbi of Ireland, and before that he had served as a rabbi in Belfast and in Dublin. When he was in Ireland, he was a huge supporter of Irish independence. People knew him informally as the Sinn Fein Rabbi. He was a big supporter of the Irish Republican Army, and then the Irgun, which means he was staunchly anti-British in whatever he did.

But, here is what is so amazing about the career of Rabbi Herzog.

It was right after World War II when Rabbi Herzog and his brother Yaakov (who would later become Israel’s ambassador to Canada) went to Europe on a special mission.

They were searching for children who had survived the Holocaust.

Rabbi Herzog toured Europe and looked for lost Jewish children. He would go to the monasteries and convents. At one convent, he spoke to the mother superior. He thanked her for having saved the lives of Jewish children. But now, he said, it is time to bring those children back to the Jewish people.

“Yes,” said the reverend mother. “But, how will you possibly know which of the many children we house here — how many of them are, in fact, Jewish?”

Rabbi Herzog asked a favor. “Would you gather all of the children together?”

That is precisely what she did. It was in a large hall. Rabbi Herzog ascended the stage, and he cried in a loud voice: “Sh’ma Yisrael Adonai Eloheinu Adonai Echad!”

Immediately, dozens of children rushed to the stage. They shouted “mama!” and “papa!” Many were in tears. Many were sobbing uncontrollably.

We often hear the word “trigger.” People get triggered. It is now a part of our public and moral vocabulary.

Do you know what happened to those children?

They heard the Shema. Those words alone brought back memories of reciting these Hebrew words with their parents before bedtime.

By the way, an interesting historical tidbit.

There was a Polish priest who supported the work of Rabbi Herzog and who helped him find Jewish children.

Karol Wojtyła — whom history would go on to know as Pope John Paul II.

There is a letter in the National Library in Israel — in Hebrew — from a group of those children that Rabbi Herzog saved.

“We the children of the surviving remnant are very happy to receive our distinguished Chief Rabbi, Rabbi Herzog, and we promise to him that we shall make Aliyah and help build the Land. God willing, we shall live to see the liberated Jewish State, in the spirit of our Torah.”

L’dor va-dor: from generation to generation. From Isaac to Chaim to Isaac again.

Or should we just call him Bougie?

May he — and Israel’s new ruling coalition — go from strength to strength.

Opinion
How do we talk to young people about Israel and the Palestinians?