(RNS) — Ebrahim Raisi seems poised to emerge victorious in Iran’s presidential elections later this week, thanks to the support of Supreme Leader Ali Khamenei more than Raisi’s strength as a candidate.

“Raisi is the weakest in terms of the substance of the presidential candidates and is therefore favored by Iran’s ruling elite,” said Babak Emamian, chairman of the British-Iranian Business Association and a political adviser.

The rise of Raisi, formerly an obscure religious courts prosecutor, to national prominence suggests that loyalty to the regime is increasingly taking precedence over religious qualifications among Iran’s ruling elites.

“Ebrahim Raisi’s training as a religious cleric has always been questionable,” said Kamran Bokhari, the director of analytical development at the Newlines Institute for Strategy and Policy in Washington. “In his youth, Raisi did reportedly study in seminaries in Qom (the holy city of Iran’s Shiite Islam) under various prominent clerics, but there is no evidence he actually completed any degree programs. He is nonetheless referred to by the title of hojjat-ol-eslam, a rank below ayatollah.”

Raisi became the favorite for the presidency after former President Mahmoud Ahmadinejad was disqualified from running virtually unopposed, in part because Iran’s Guardian Council disallowed a number of serious challengers. Ahmadinejad, who was president from 2005-2013, was the first Iranian president to ascend to the office outside the clerical ranks, trading on his popularity as mayor of Tehran and on his closeness with the ruling clerics.

Raisi would be the second, though he hails from a deeply religious family and like Ahmadinejad has styled himself a law and order candidate. Raisi’s status as a direct descendant of the Prophet Muhammad entitles him to wear black, and he is often addressed with the honorific title of “seyyid.” 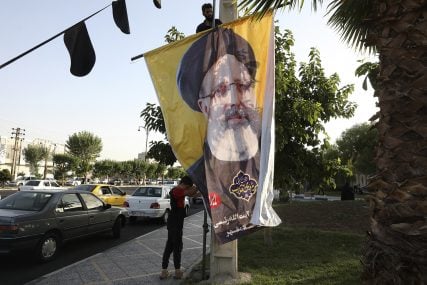 Two workers hang a banner of presidential candidate Ebrahim Raisi, currently judiciary chief, near his campaign rally in the town of Eslamshahr southwest of Tehran, Iran, on June 6, 2021. Iran will hold presidential elections on June 18 with seven candidates approved by the Guardian Council. (AP Photo/Vahid Salemi)

But it is his zeal for defending the Islamic Revolution of 1979 that accelerated Raisi’s rise. In July 1988, at just 28 years of age, he became one of the leading figures in a political purge of Iranian prisoners that included the killing, rape and torture of thousands at the hands of the Islamic Republic. The majority of the victims were members of the People’s Mujahedin of Iran, but the regime also targeted Marxist groups.

“His commitment to the Khomeini-led revolution, as opposed to scholarly credentials, got him appointed as a prosecutor because the nascent regime was short on trustworthy officials who could be appointed in key positions,” said Bokhari.

The prosecutors often questioned prisoners on religious charges unrelated to those for which they had been imprisoned. Those who were found lacking could be labeled religious enemies of the state.

RELATED: Iranian cultural sites include landmarks important to Jews and Christians, too

The exact number of those killed is unclear, with estimates ranging from 3,000 to 30,000. Raisi is under both European Union and U.S. sanctions for his role in these killings. He has denied personal involvement in the executions while praising the decision to carry them out.

In 2016, Khamenei appointed Raisi to head Astan Quds Razavi, a charitable trust that oversees the Imam Reza Shrine in the city of Mashhad, one of the holiest sites in Shiite Islam, where Raisi’s father-in-law, Ahmad Alamolhoda, is the grand imam. An estimated 30 million faithful Shiites visit the shrine each year.

But Astan Quds Razavi is a significantly important economic institution as well. Founded in 1910, the organization has sprouted a number of important business interests since the 1979 revolution, including automotive plants, agricultural businesses, hospitality businesses and a significant amount of commercial real estate. 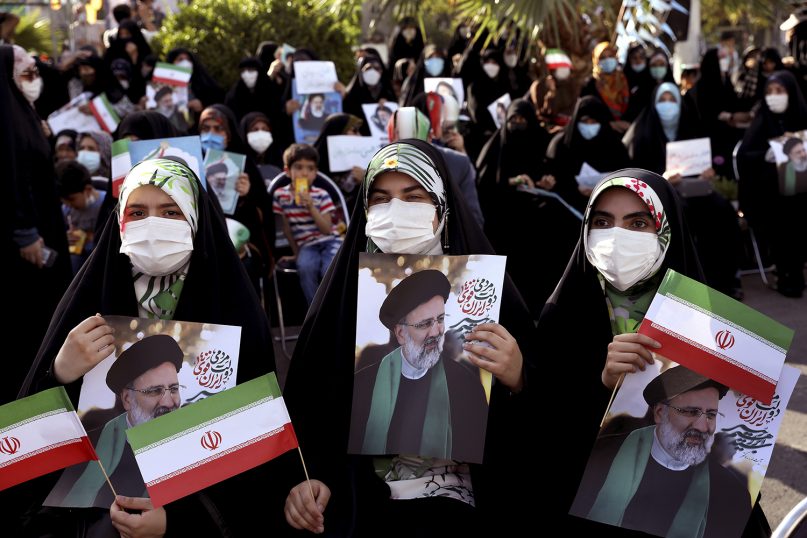 Raisi’s position allowed him to launch his own presidential campaign in 2017. Though he was defeated by President Hassan Rouhani, that run gave him standing for his current campaign. Coming less than two years after street protests in 2019 that unsettled hard-liners, Raisi is running on a law-and-order platform in a time of uncertainty.

Growing concerns about who will be the country’s next supreme leader, given that Ali Khamenei is now 82, only increase the attraction for a strong loyalist. Raisi is committed to the rule of Islamic jurists that was the binding idea behind the regime of Grand Ayatollah Ruhollah Khomeini, which consolidated power after the 1979 revolution.

Raisi’s ascent is taken as proof that the survival of the regime is increasingly taking precedence over ideological or even religious considerations.

Indeed, with his election to the presidency, some say, Raisi will be well positioned to become the next supreme leader, just as Khamenei served as Iran’s president before being selected as the supreme leader after the death of Khomeini in 1989.

There are other candidates for that position, though, including Khamenei’s own son, Mojtaba Khamenei. How Raisi’s own ambitions square with those of others is unclear, and it may be that Ali Khamenei plans to use Raisi as a stalking horse for his son.

“If Raisi is ‘elected’ as Iran’s next president,” said Abdulla Mohtadi of the Iranian Komala Party, a Kurdish opposition group, “he will have two main policy objectives: suppressing popular protests like we saw in 2009 and 2019 and to pave the way for Mojtaba to be the next supreme leader. This is a task that Khamenei trusts him with.”

The horse-trading implicit in Raisi’s presidential bid, and what lies beyond, has many analysts suggesting that Iran’s religious revolutionary fervor may be dampening, or changing form, as many of the key players in the events of the 1970s and 1980s age and die away. 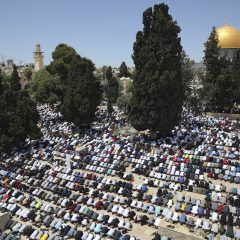 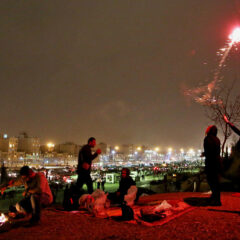 Opinion
The story of the Iranian new year, Nowruz, and why its themes of renewal and healing matter
Follow us on Facebook!
Submit your photos to RNS