(RNS) — For more than 30 years, Dr. R. Albert Mohler has been among the best known and most revered leaders in the Southern Baptist Convention, and when he chose to run for president of the country’s largest Protestant denomination, he was widely considered the favorite. But at their annual gathering this week, the 17,000 “messengers” in attendance declined to press the denominational laurels upon Mohler’s brow.

Mohler is the president of the Southern Baptist Theological Seminary in Louisville, Kentucky — the denomination’s flagship school and one of the largest seminaries in the world. He was appointed to lead in 1993 at the age of 33. Not long afterward, he would be the chief architect in the SBC’s revision of its confession of faith, a document known as the “Baptist Faith and Message.”

From his post at SBTS, he branded himself as a conservative political commentator and theological watchdog, monitoring America’s “moral decline” and adjudicating cultural debates from a “biblical worldview.” Mohler appeared regularly on cable news television, blogged relentlessly and was named “the reigning intellectual of the evangelical movement in the U.S.” by Time magazine.

The SBC presidency was expected to be the crowning achievement of this stellar career. But when results were announced from the podium at the Music City Center in Nashville, Tennessee, on Tuesday, Mohler had come in a distant third behind two lesser-known candidates, failing even to qualify for the runoff.

Mohler’s supporters were stunned. I, too, was shocked, but for a different reason: It’s not that Mohler lost, but that he didn’t see it coming. 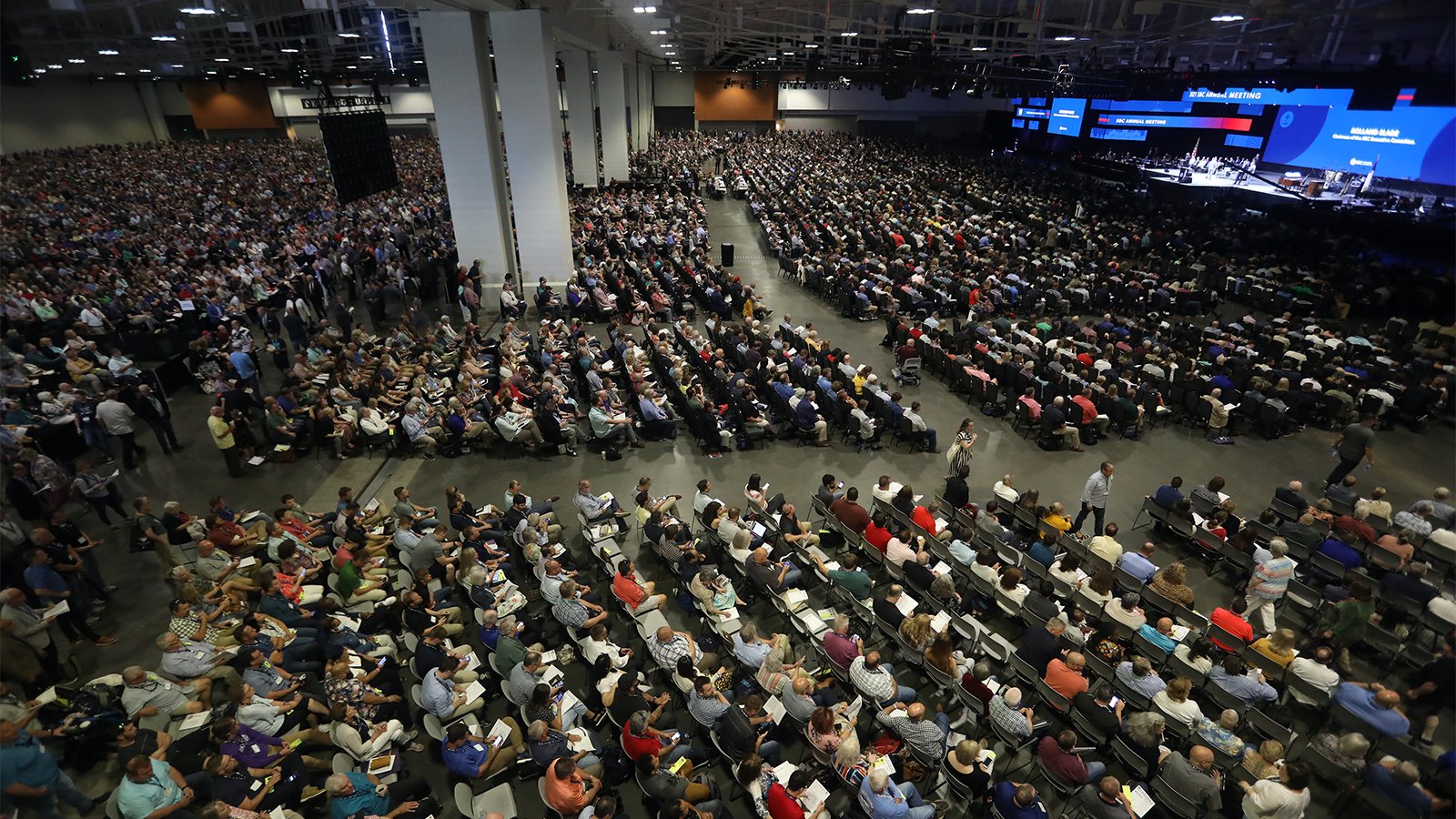 Having grown up in the home of a pastor and former SBC president, I’ve watched as the SBC’s mood, focus and issues of concern have come to align almost completely with the partisan political right. It has replaced the more moderate mainline denominations that have been known as “the Republican Party at prayer.”

I attended the denomination’s gathering in 1999 when the group rebuked President Bill Clinton for supporting LGBTQ equality. Four years later, I was present when they endorsed President George W. Bush’s war in Iraq. I was there when Southern Baptists staked a position in the so-called “war on Christmas” in 2008, and again when they called for “defunding and investigating Planned Parenthood” in 2017.

I assumed that Mohler was watching the Republicanization of the Southern Baptist Convention, but it’s clear now how badly he misread the moment. He failed to reckon with the militant populism that has exploded in his denomination.

Right now, Southern Baptists are as suspicious of denominational bureaucrats as they are of the political kind. They are not clamoring for the status quo, not hungering for “more of the same.” They aren’t looking for institutional aristocrats wearing three-piece suits with monogrammed sleeves and crested cufflinks to lead them into the future.

It was plain to see, but somehow Mohler missed it. He couldn’t read the room — a room he’s owned for a quarter century. The once-towering conservative intellectual, who fancied himself a culture watcher and marketed himself as a culture warrior, utterly failed to discern the “signs of the times” in the moment he most needed to.

In the end, Al Mohler’s worst enemy was Al Mohler. During the 2016 American presidential election, Mohler had been a vocal opponent of Donald Trump, calling him a “sexual predator” and “someone who is beneath the baseline level of human decency.” The seminary president even famously remarked that if he were to endorse Trump, he would have to apologize to Bill Clinton. Then, last April, Mohler suddenly flip-flopped and endorsed Donald Trump for president.

Some speculated that Mohler’s decision to endorse Trump was intended to shore up his right flank by winning over the ultraconservative Southern Baptists aligned with the Conservative Baptist Network. The flip-flop only weakened him at a time when the right demands purity and blind loyalty. Their candidate, a firmly Trumpist pastor named Mike Stone from Georgia, received more votes than the other three candidates on the first ballot.

Mohler had also alienated those who didn’t like the rightward direction the SBC was taking, largely by taking a hard line on race. In 2018, his seminary released a report detailing the school’s complicity in slavery, segregation and white supremacy since its inception — but the report abruptly stopped short of Mohler’s time there as a student, and later, as president. The report offered an apology for the past but included no plan for reconciliation.

When African American leaders asked Southern Seminary to rename campus buildings that had been named after slaveholders, Mohler told them no. Instead, he set up a scholarship fund that no one had asked for.

Last year, a video clip surfaced in which Mohler made comments defending slavery on biblical grounds to CNN’s Larry King. When confronted about them, he told RNS his previous comments were “stupid.”

In November, Mohler pressured the presidents of the five other Southern Baptist seminaries to sign a statement condemning critical race theory, an academic framework that understands racism to be deeply systemic. After the statement’s release, several prominent black Southern Baptist pastors such as Charlie Dates withdrew their churches from membership in the denomination.

“An exodus (of black pastors) could happen if Al Mohler is elected SBC president,” wrote Ed Stetzer, a public theologian.

Stetzer wasn’t wrong, but it is not only Black pastors who care about racial justice and diversity, which has become one of the biggest issues facing the Southern Baptist Convention. The denomination, founded on support for slavery and which opposed the civil rights movement, is still 85% white, but many young leaders desperately want to see the group diversify, and Mohler is on no one’s shortlist for an NAACP Image Award.

By contrast, Ed Litton, the soft-spoken pastor from Alabama who was elected SBC president, is widely known for his work on racial reconciliation.

So now, the 61-year-old Mohler must return to Southern’s genteel campus, like Churchill in exile, and ponder why the people to whom he gave his blood, sweat and tears have rejected him in what he thought would be his finest hour.