(RNS) — President Joe Biden signed legislation on Thursday (June 17) recognizing Juneteenth as a federal holiday, marking June 19 as a day to commemorate the end of slavery in the United States and be mindful of Black Americans’ struggles for freedom.

Celebrated for more than 100 years, though mostly in Black communities, and already an official holiday in seven states, Juneteenth marks the day in 1865 when enslaved Blacks in Galveston, Texas, first heard the news of the end of the Civil War and the outlawing of chattel slavery.

It is the first new federal holiday since Martin Luther King Jr. Day was designated in 1983.

The reaction to the Juneteenth holiday was at first blush mixed: While many expressed joy that a longstanding activist goal had been achieved, some critics said Juneteenth brought too much attention to America’s race differences; others said, in claiming Juneteenth as a holiday, leaders in Washington risked congratulating themselves for progress they still owed Black citizens.

Religion News Service talked to Theon Hill, an associate professor at Wheaton College who teaches rhetoric, race and social change in American culture and politics, about the new holiday and how holidays in general reflect our realities as well as our aspirations as a nation. This interview has been edited for length and clarity.

RELATED: How white churches can work for racial justice

Though it’s been celebrated for more than a century, the making of Juneteenth as a national holiday happened very quickly over the past two or three days. Why did this seem to gain momentum so quickly?

I think a lot of things happened rather quickly in the wake of the racial unrest surrounding the tragic deaths of individuals like Breonna Taylor, George Floyd and Ahmaud Arbery. What you saw was various corporations, various ecclesiastical institutions and, in this case, even governmental institutions seeking to shield themselves from criticism over racial insensitivity, racist histories or legacies. So on the one hand, yes, it seemed to come out of nowhere, but on the other hand, with what happened over the past year, it makes perfect sense we’re finally paying attention to Juneteenth.

The difference, though, is not that Black people are suddenly advocating for it — Black people have been interested in making Juneteenth a holiday for a long time. The difference in this moment is white people in the majority culture are paying attention to it.

How much have faith institutions been involved in the push for Juneteenth as a federal holiday? 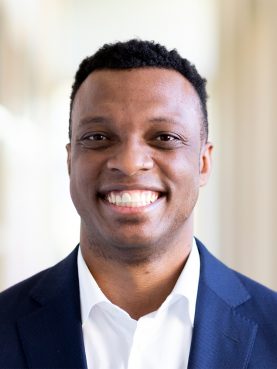 A certain segment of the Black church has been supportive of it. It’s not connected with any one denomination, but I think some of your larger Black denominations — the AME, National Baptist Convention, the Progressive National Baptists and Church of God in Christ — would be the most engaged in some of the politics of this.

How should we understand federal holidays or holidays in general as influences on American culture?

I think they offer great opportunity and also great pitfalls. The historian Jacquelyn Dowd Hall said remembrance is always a form of forgetting, and I think that’s a really important acknowledgment to make. In many ways, Juneteenth functions as a metaphor for the U.S. We are proclaiming liberty in 1863 in the Emancipation Proclamation, even while so many people are still languishing under the brutal legacy of chattel slavery. And if you look at it today, what’s going to be our temptation in celebrating Juneteenth? “Look at how far we’ve come,” even while we’ve still got children separated from their parents on the border. Even while we still have human trafficking rampant throughout the U.S., even while we have racial disparities in health, education, employment.

So there’s going to be an opportunity to celebrate, and to turn a blind eye to the very issues that lie at the heart of Juneteenth — the distance between our stated and practiced values.

On the great national conversation of Twitter, some people are saying a federal holiday just isn’t enough. There are some suspicions here.

You go back to when Martin Luther King Jr.’s birthday becomes a federal holiday. If you listen to the speech President Reagan gave at the time, he says King represents the dream of America — a society where it’s not the color of the skin, but the content of the character. This becomes a classic conservative move. It ushered in a colorblind ideology that ends up hurting Black people, brown people, racialized minorities. I think that’s the concern that raises eyebrows in this moment.

I think some people are seeing a trajectory. Celebrating the King holiday means we’re finally getting it as a nation. But then we get to the ’90s, and we get Rodney King, Black churches being bombed and destroyed in the South, and we ask, “Have we really changed?”

We get to the point where we realize making a holiday is cheap. The hard work of racial justice is much more difficult and requires a much deeper level of commitment. And our fear says, “Don’t give me a national holiday and expect it to be a substitute for racial justice.”

But certainly appointing national holidays are aspirational as much as they are celebratory.

What holidays also have the unique ability to do is to almost rewrite our history and romanticize it and sanitize it so we become cheerleaders for a pure America, an untarnished America. For many who are on the underside of our societies, that America that you’re celebrating never existed.

When, say, Lincoln’s birthday gets made a holiday, was that controversial?

In the South, people did have issues with Lincoln’s birthday as a national holiday because it still viewed the Civil War as the War of Northern Aggression. When I got to school down South, I discovered, “Oh, there’s a lot of people who do not like Abraham Lincoln.” You see a very different sense of history. By holding up Lincoln, we’re literally holding up values that some part of the nation feels does not represent them.

In the Black community, Lincoln is a character who clearly espoused racist ideology, as African American scholar Lerone Bennett dutifully documented. But the logical framework that operates in certain segments of the Black community says God is still working through Abraham Lincoln in the Emancipation Proclamation. By the time we get to the Second Inaugural, one of the most beautiful texts of presidents ever uttered, it’s thought that the hearts of some of our white brothers and sisters might be changing.

Have you sensed any reaction in the Black community that says, “Hey, this is ours. You can’t take it for your purposes?”

I was chatting with friends and someone cracked, “I feel like only Black people should get that day off.” But I think generally we’re very grateful for the nation to recognize and remember what happened to some of us. That the nation itself would remember this denial of liberty is going to be more meaningful than it’s going to be problematic.

How do you feel personally about the new holiday?

I’m grateful for the opportunity to commemorate Juneteenth. But I think it’s important to remember that it being a federal holiday doesn’t change my responsibility as someone who tries to maintain an active role in pursuing racial justice. It’s not like, “I can take a break now.” You’ve still got a criminal justice system that’s targeting Black and brown people. We still have work to do.