(RNS) — The American Humanist Association announced Thursday (July 1) that Dr. Anthony S. Fauci is its 2021 Humanist of the Year. Fauci is chief medical adviser to President Joe Biden and has been director of the National Institute of Allergy and Infectious Diseases at the U.S. National Institutes of Health since 1984. Fauci played a pivotal role in advocating for evidence-based solutions in the global fight against COVID-19.

Humanist of the Year is the highest honor awarded by the AHA and will be given to Fauci at the organization’s 80th annual conference on July 24-25. Previous recipients include Carl Sagan (1981), Kurt Vonnegut (1992) and Gloria Steinem (2012).

“Dr. Fauci embodies humanist values, including his steadfast commitment to science, his demonstrated empathy and compassion for others and his overall direct approach,” AHA Executive Director Roy Speckhardt told Religion News Service in an interview. “He has demonstrated how powerful science and human values can be in saving lives over the past year. If there was ever an appropriate humanist of the year, he is it.”

Speckhardt also hopes the award will provide another platform for Fauci to promote the need for vaccines across the U.S. and around the world.

While Speckhardt and others have applauded Fauci for his integrity, the scientist has also been criticized by GOP leaders for his seemingly inconsistent views around masking and for downplaying the possibility that the coronavirus originated in a lab. Fauci has dismissed these critiques as political. In a June 9 interview on MSNBC, he said that “attacks on me, quite frankly, are attacks on science.”

Since 1941, the AHA has worked to protect the rights of humanists, atheists and nontheistic Americans while advancing the humanist worldview. Humanists hold to a nontheistic philosophy with a high value on science and reason and are grounded in the belief that all humans have worth.

“Our tagline is ‘we’re good without a god,’” Speckhardt explained.

Although Fauci attended Jesuit schools (Regis High School in New York and College of the Holy Cross in Massachusetts) and once identified as a Roman Catholic, he now describes himself as a humanist. In a 2003 interview with Science Magazine, Fauci said: “Broadly and generically, I am not a regular church-attender. I have evolved into less a Roman Catholic religion person to someone who tries to keep a degree of spirituality about them. I look upon myself as a humanist. I have faith in the goodness of mankind.” 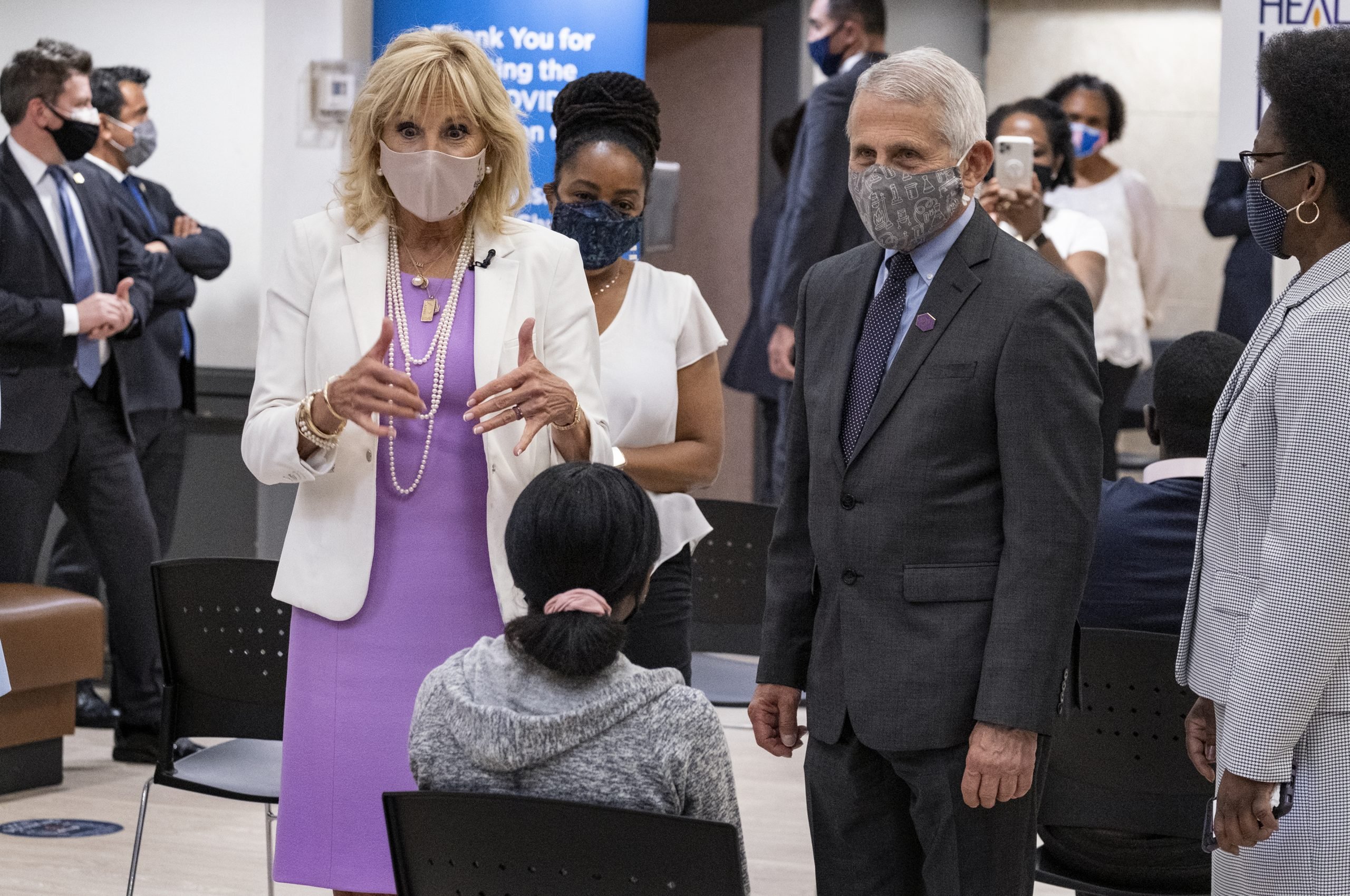 In a 2015 interview on C-SPAN, Fauci elaborated on his humanist worldview, saying that more than organized religion, he looked toward “the principles of humanity and goodness to mankind and doing the best that you can.”

“I think that there are a lot of things about organized religion that are unfortunate, and I tend to like to stay away from that and think more in terms of the principles that I learned from the Jesuits, from the Catholic religion, the principles that I run my life by. But the idea about the organization of religion is not something that I adhere to very much.”

The principles Fauci learned early on, he has said, informed his leadership as he served as medical adviser under seven presidents, starting with Ronald Regan in 1984. In addition to Fauci’s work on the White House coronavirus task force, he helped lead the U.S. responses to Ebola, Zika and anthrax. Prior to 2020, Fauci was most known for advocating for federal involvement in the HIV/AIDS crisis in the 1980s.

Humanist of the Year is the latest of many honors given to Fauci. On June 10, the Arnold P. Gold Foundation awarded him the National Humanism in Medicine Medal. He has also received the Presidential Medal of Freedom (2008), the National Medal of Science (2005) and the George M. Kober Medal of the Association of American Physicians (1988), among others. Fauci’s remarks will conclude the AHA’s conference, held virtually this year.

News
Why ‘sorcery’ was the fastest-growing search term on Bible Gateway in 2021
Follow us on Facebook!
Submit your photos to RNS