(RNS) — I may be the strongest supporter of getting vaccinated I know. I was double-jabbed as soon as I became eligible, and my wife and I insisted on the same for our eligible children. I’ve consistently made the case that the pro-life arguments against the vaccine are poor and highlighted the work of moral theologians and other pro-life scholars who agree.

Further, I beg anyone reading this who is not vaccinated to prayerfully consider getting vaccinated. Pope Francis is right, in my view, to say that it is a moral obligation, due in part to the duty you have to protect the lives of others — people like Aaron, one of my best friends growing up, who recently died of this terrible disease. His son, my godson, is now without his father. This kind of terrible pain is multiplying across the country as the Delta variant spreads.

But it doesn’t follow from this that one should support vaccine mandates — a topic about which there is tremendous confusion in Catholic circles at the moment. The Archdiocese of New York and the Diocese of San Diego, for instance, have instructed their priests not to grant religious exemptions for COVID-19 vaccines, even as the bishops of Colorado explicitly argue in favor of religious exemptions.

We need to get clear on what the teaching of the church is on these matters.

It is difficult to overstate how strongly Catholic teaching defends the freedom of conscience and the need for all humans to come to the truth without coercion. The authority of Vatican Council II upholds the primacy of conscience and notes that this is the space of  “the most secret core and sanctuary” of human beings — where God’s voice “echoes in his depths.” Human beings, according to the teaching of Vatican II, are not to be coerced in ways that are contrary to their conscience.

Though I think they are mistaken, there are understandable and coherent moral and religious arguments to refuse the vaccine. The National Catholic Bioethics Center lays out some of the possible arguments here. The pharmaceutical companies that have brought the current vaccines to market have used (either in their production or testing) the cloned cells of a baby who was killed via abortion. And they obviously did so without her consent.

The best pro-life thinkers around consider the connection to that grave evil too remote to make it immoral, but I can understand why someone might reasonably disagree. And that person has freedom of conscience and/or religious freedom such that the state and employers should make reasonable accommodations for them.

This is especially true for Catholic employers bound by the teaching of Vatican II. No one should be forced to choose between working to put food on the table and violating their conscience in this way.

Church authorities should make it clear that Catholics, unless they have a medical reason to refuse it, have a moral obligation to take the vaccine. But they should also stop short of supporting mandates and coercing people to violate their sincerely held beliefs.

And the pro-life concerns at stake here are not just anti-abortion. They also involve racial justice.

Potential vaccines almost always require several years of trials to be formally approved by the government in order to gather scientific data on their effects beyond the short term. The lightning speed with which the current vaccines were approved was only possible through a special process called emergency use authorization. While we know an incredible amount about the vaccines’ effects over the last several months, we of course don’t know anything about what their effects are going to be two or three years down the road, much less what may happen in the longer term.

Though I strongly support their availability and use in the current emergency of the pandemic, these are by definition still experimental.

And in light of their experimental nature, it is by no means surprising that many Black Americans appear to be vaccine hesitant. The reasons for this are complex and interwoven, and lack of access still plays a significant role. But a major part of the story was recently articulated by the Black mayor of Boston, Kim Janey, who drew attention to “our shared history.”

The history she is referencing includes a horrific legacy of explicit racism in medicine, including forced medical experiments on Blacks without consent, but also the failure in some instances to test or consider the effect of medicines on Black patients. That legacy, still deeply embedded in U.S. medicine, means that many Black people are deeply distrustful of medical authorities.

The church should support the fundamental rights of those with these kinds of hesitations by opposing vaccine mandates and getting on the side of reasonable accommodations.

But we should also join Mayor Janey in continuing the work of increasing equitable vaccine access — especially when it comes to forming strong partnerships with local community groups who are on the ground ramping up vaccination rates. And here it is especially important to make churches the center of these kinds of efforts.

We should also make persuasive appeals to as many people as we possibly can — which is the thought I want to end this column with.

For anyone who is vaccine-hesitant, especially when it comes to ethical concerns from a pro-life perspective, please contact me via my website and I will do my best to answer your questions. But please know that, though I hope to convince you to protect yourself and others by taking the vaccine, I will also defend the sanctuary of your conscience and insist that you are not coerced. 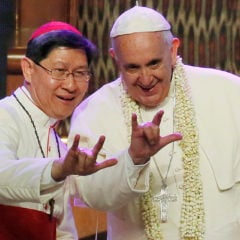 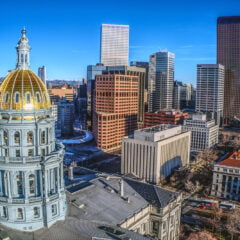 News
San Diego Bishop McElroy named by Pope Francis as a cardinal
Follow us on Facebook!
Submit your photos to RNS