(RNS) — Cosmetic giant L’Oréal USA is partnering with the Anti-Defamation League to promote awareness and understanding in schools in the United States about the Holocaust, L’Oréal announced on Tuesday (Sept. 28).

The program will be patterned on ADL’s work with the University of Southern California’s Shoah Foundation and Israel’s World Holocaust Remembrance Center, Yad Vashemon, which organizes anti-hate initiatives for students through a nonprofit organization called Echoes & Reflections.

“Echoes & Reflections has a network of thousands of committed Holocaust educators with whom it has worked directly, who will be a primary audience for participation,” said an ADL spokesperson. “As well, we will seek to partner with ADL’s significant network of more than 1,600 engaged schools through its No Place for Hate program.”

The resources, which will be rolled out over the next three years, are directed both toward students and professional development for the teachers who will oversee the new activities, the spokesperson added. The curriculum provides digital testimonials and personal narratives as well as access to primary sources to foster a better understanding of the history of the Holocaust. “Selection” of Hungarian Jews on the ramp at Auschwitz-II (Birkenau), in Nazi-occupied Poland, during the Holocaust in May/June 1944. Jews were sent either to work or to the gas chamber. The photograph is part of the collection known as the Auschwitz Album/Creative Commons

Antisemitic incidents have been increasing over the past few years. In a June poll taken by the ADL, 60% of Jews reported witnessing behavior or comments they considered to be antisemitic. Young people are increasingly encountering extremist antisemitic and anti-Muslim content on the social media app TikTok, according to a recent analysis by London-based extremism-tracking nonprofit the Institute for Strategic Dialogue.

The ADL, based in New York, also announced that it will bestow its Courage Against Hate Award to Jean-Paul Agon, CEO and chairman of L’Oréal Group. The award will be presented on Nov. 7 during ADL’s Never Is Now summit on antisemitism and hate.

The founders of L’Oréal have been tied to Nazi sympathizers in France, and in 2004, the company was accused by a German Jewish family of profiting from the Nazis’ confiscation of the family’s property. The founding family is now a minority owner of the company, which owns The Body Shop, Maybelline New York, CeraVe, Redken as well as Shiseido’s Carida and Decléor and NYX Cosmetics. 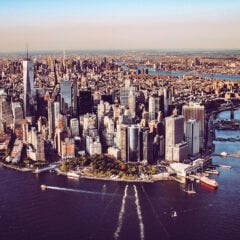