Saved By the City returns for season two! So grab your leopard print blazer, roll down your windows and get ready to be all up in your feels. It’s been 30 years since Amy Grant released Heart in Motion – the chart-topping album that marked the musician’s crossover from contemporary Christian artist to mainstream pop icon. Katelyn and Roxy catch up with the artist at her Nashville farm and talk to their childhood icon about living life in the public eye — through all its ups and downs.

The hosts also reflect on the expectations put on women — especially Christian women — who have achieved fame. And how the pressure to live their lives on display places even our most beloved women stars at the mercy of the mob.

Several songs from Amy Grant’s Heart in Motion are featured on the episode. 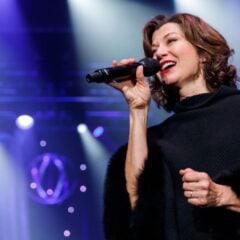 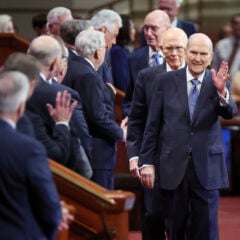 Flunking Sainthood
Mormons are insulated from some dangers of celebrity culture — but not all
Follow us on Facebook!
Submit your photos to RNS