(RNS) — While evangelicals are the group most often criticized for equating American identity with adherence to Christianity, white progressive Christians have work to do to address their own Christian nationalism, experts said at an ecumenical gathering this week.

“It’s very easy to look at (Donald) Trump, to look at Trump’s followers, to look at Jan. 6 and say, ‘This is white nationalism. This is bad,’” Miguel De La Torre, professor of social ethics and Latinx studies at Iliff School of Theology, said during the Christian Unity Gathering of the National Council of Churches on Tuesday (Oct. 12). “Liberal Christians are just as complicit with white nationalism that the Trumpites were that we saw on Jan. 6.”

De La Torre, author of “Decolonizing Christianity,” was one of several speakers on a panel examining Christian nationalism at the two-day virtual gathering. Clergy, scholars and authors said religious leaders had to answer for their relative silence and lack of action after insurrectionists stormed the U.S. Capitol.

“When we saw that insurrection, and we saw the cross and a hangman’s noose side by side, there should have been a huge hue and cry throughout the country, throughout the nation by Christian leaders,” said the Rev. Obery Hendricks, a visiting scholar at Columbia University and author of “Christians Against Christianity: How Right-Wing Evangelicals are Destroying Our Nation and Our Faith.” “What we should see is a coordinated response by Christian leaders to counteract this Christian blasphemy.”

Amanda Tyler, executive director of the Baptist Joint Committee, told the gathering that Christian nationalism is not only exemplified in the insurrection or the massacres at South Carolina’s Mother Emanuel African Methodist Episcopal Church and Pennsylvania’s Tree of Life synagogue.

“Those are awful and violent deadly examples, and we need to draw attention to them, but we can’t stop there,” she said. “We can’t distance ourselves and say, ‘Well, we’re not like that.’ Instead, I think, it behooves us to really look at what Christian nationalism looks like and have those tough conversations within our congregations.”

Spurred by the events of Jan. 6, the Baptist Joint Committee for Religious Liberty worked with Vote Common Good to publish a free three-session adult study curriculum that defines Christian nationalism as the merger of Christianity with American identity. In 2019, the BJC organized a largely liberal-leaning group of Christian thinkers and leaders to put out a declaration called “Christians Against Christian Nationalism.” 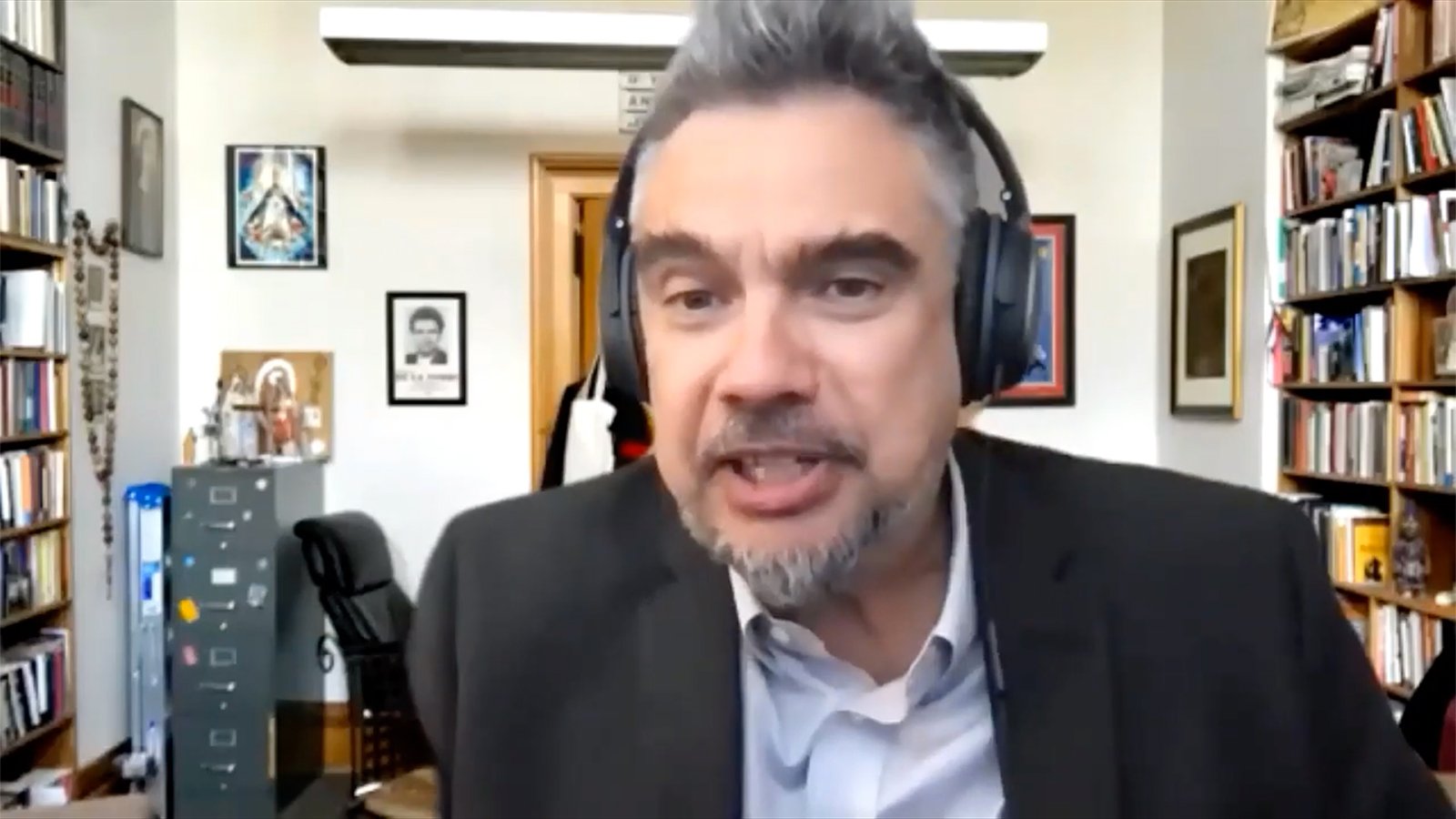 Miguel De La Torre participates in a panel devoted to Christian nationalism during the Christian Unity Gathering of the National Council of Churches on Oct. 12, 2021. Video screen grab

De La Torre said he has found that some progressives do not recognize their racist ways.

“I have found liberal Christians to be at times more racist,” he said, citing some who have been dismissive of people of color or their communities. “And yet they don’t know they’re racist because, after all, they are liberals.”

The Rev. Jim Bear Jacobs, co-director for racial justice and community engagement for the Minnesota Council of Churches, said he agreed with De La Torre’s warning that some progressives don’t recognize the influence of white supremacy.

“Being in these realms of white progressive Christian spaces is exhausting, for Black and Indigenous people and other people of color,” he said. “And in very real terms, it’s much easier to navigate the conservative spaces because at least there, the racism is overt.”

The discussion came as new research from Public Religion Research Institute found that 52% of white evangelical Protestants agreed with the statement “God intended America to be a new promised land where European Christians could create a society that could be an example to the rest of the world.”

“I was truly shocked,” said Yale University sociologist Philip Gorski, despite his studies of the issue. “It’s not only alive but growing, in particular as it begins to meld with forms of white supremacism and white nationalism that used to be very much on the margins of American politics.”

The PRRI study found that 34% of white mainline Protestants and 37% of white Catholics — and 12% of white religiously unaffiliated people — agreed with the “promised land” statement.

A participant in the NCC session asked how to “lovingly disentangle Christian nationalism” from white people like himself who may not recognize the influence of this ideology on their Christian faith.

Hendricks recommended going back to the Bible and talking about its teachings, such as the Gospel of Luke, which speaks of preaching to the poor and setting free the oppressed.

“It is so important to go back to basics and proclaim what we understand the call of the gospel to be — to build a loving and just and healthy society and world for all people,” he said.

De La Torre and Jacobs suggested that NCC members need to focus on the viewpoints of Black, Indigenous and people of color communities to challenge their assumptions and broaden their perspectives.

“They need to start buying books written by biblical scholars of color, queer scholars, feminist scholars, and read those texts to learn how to read the Bible, through the eyes of the marginalized of the earth,” De La Torre said. “Not through a continuous reading of German biblical scholars who basically just reinforces Eurocentric thought and Eurocentric philosophy.”