(RNS) — The media was expecting fireworks this week, as the American Catholic bishops debated their highly anticipated document on the Eucharist, which some in the church hoped would recommend denying Communion to pro-choice Catholic politicians such as President Joe Biden.

The bishops managed, however, to make their fall meeting of the U.S. Conference of Catholic Bishops in Baltimore an exercise in boredom. I have been attending meetings of the bishops since about 1980, and none has so much felt like watching paint dry.

The bishops accomplished this by holding much of the four-day meeting behind closed doors. All of Monday and Thursday were in executive session as well as part of Tuesday. Traditionally, the bishops took only one afternoon for executive session.

The controversy the media was expecting was also dealt with long before the bishops arrived in Baltimore. The original brief given to the ad hoc drafting committee appointed by the USCCB president, Archbishop Jose Gomez of Los Angeles, was to deal with the then-newly elected Catholic president. But when progressive bishops objected, the drafting of the document was handed over to the bishops’ Committee on Doctrine, chaired by Bishop Kevin Rhoades of Fort Wayne-South Bend.

This move was also likely influenced by Pope Francis, who clearly signaled he did not want the bishops using the Eucharist as a political weapon.

The 30-page document Rhoades’ committee produced duly avoided political controversy and focused on traditional teaching about the Eucharist. During the executive session, the USCCB’s leaders encouraged the bishops to avoid a divisive debate and approve the more pacific document.

Few people will read this document now that it has been approved almost unanimously by the bishops after only about a half-hour of discussion. Like the meeting, the document is boring. Much of it will be unintelligible to Catholics who lack a seminary education. This document will not deepen anyone’s understanding of the Eucharist, nor will it bring the faithful back to church. 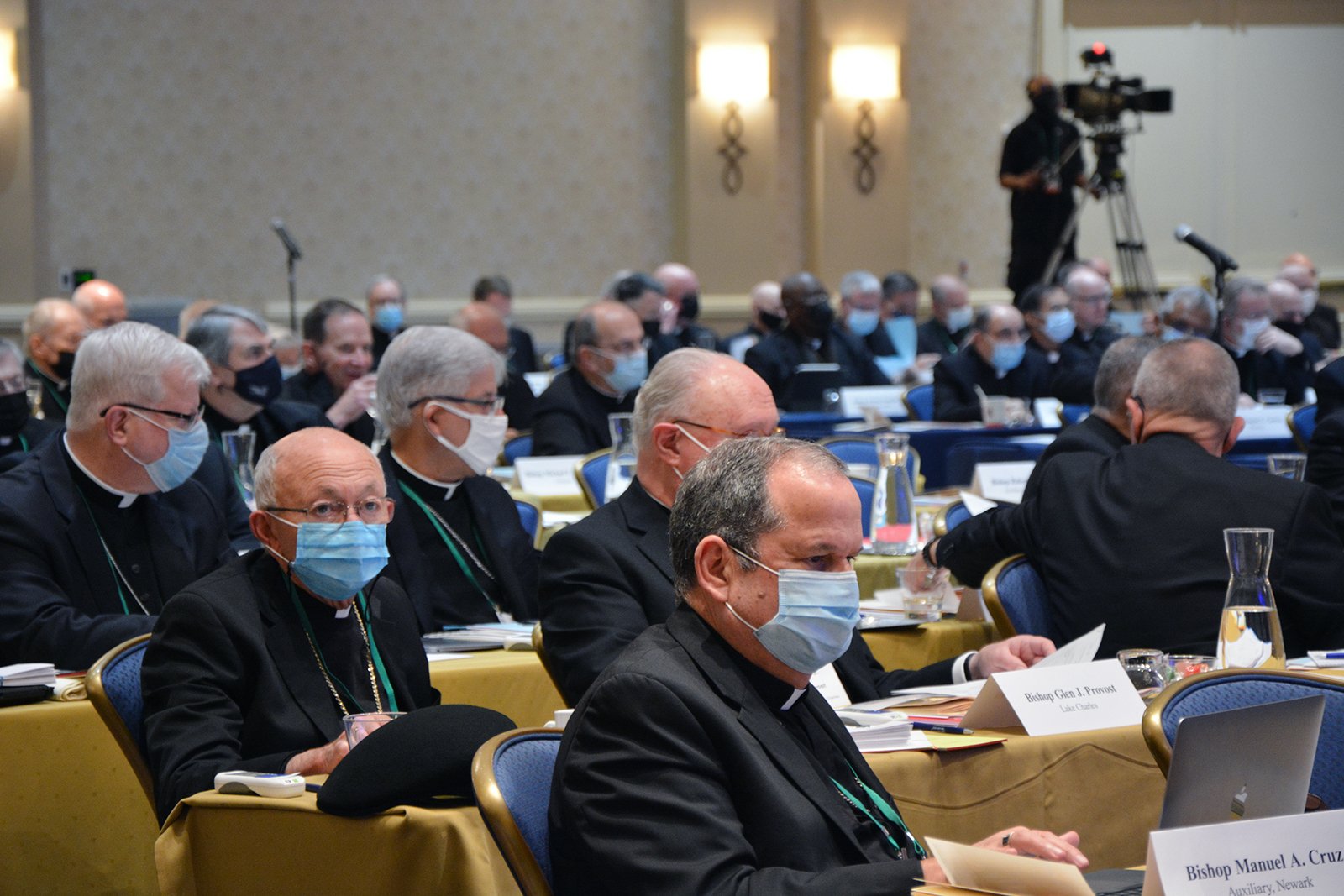 Once the document was dispatched, all that remained of the meeting were sessions such as one spent watching a video on Book VI of the Code of Canon Law, which was recently promulgated by Pope Francis. Audible groans could be heard when the bishops learned that part two of the video was on the agenda for the following day.

Why the bishops could not have watched this video in the comfort of their homes is a mystery right up there with transubstantiation. The video lecture was given by Cardinal Charles Scicluna of Malta, whom I deeply respect and admire for his work rooting out abuse in the church, but even Homer nods. And the bishops did nod; it was a miracle they were not snoring.

Time was spent discussing whether the home city of St. Teresa should be spelled Calcutta or Kolkata, the latter being preferred by Indian government. The bishops settled on Calcutta because that is the spelling used by the Vatican. (My bet is that as soon as the liturgical books are printed, the Vatican will get around to updating its spelling.)

There was even a debate about capitalization in Spanish in the title of one document, “Ritual para la Iniciación cristiana de adultos.” One bishop wanted “cristiana” capitalized, but the staff explained that Spanish grammar, unlike English, requires “cristiana” be lowercase.

It says something when the high point of the meeting was an address on synodality by the papal nuncio to the United States, Archbishop Christophe Pierre. In his talk, he used the word “listen” 35 times. Was he trying to tell the bishops something?

All of this would be humorous except when you consider all the topics the bishops could have been discussing.

Critical church issues like the near disappearance of priestly and religious vocations were not discussed. The decline in church attendance was mentioned during the discussion of the Eucharist document, but no one believes that document will reverse the trend.

The church and the world are on fire, but you would not know it watching the bishops’ meeting. Signs of the Times
Catholic bishops got exactly what they wanted in congressional budget agreement
Follow us on Facebook!
Submit your photos to RNS