NAIROBI, Kenya (RNS) — When some African church pastors ordered their followers to eat grass or gulp petrol or even drink poison-laced water, their congregations have obeyed the instructions, thinking the practices would bring them closer to God.

Many other pastors take their wellness advice a notch higher, claiming to heal conditions such as disability and barrenness and diseases such as HIV and AIDS, and, more recently, coronavirus. It’s not unheard of for pastors to hold their congregations spellbound as they promise to bring the dead back to life.

In recent years the All Africa Conference of Churches, an umbrella group for several Protestant denominations on the continent, has moved to combat theological claims that harm Christians, holding a series of symposiums to educate clergy and unify their churches against faith healing and other practices.

“All these pronunciations, fake testimonies and things like these are really destructive. They are not life-giving, but life frustrating,” said the Rev. Fidon Mwombeki, a Tanzanian Lutheran pastor who is the general secretary of the AACC.

Based in Nairobi, the AACC is the continent’s largest association of Protestant, Anglican, Orthodox and Indigenous churches and has a presence in 42 countries. It brings together churches, national councils of churches, theological and lay training institutions and other Christian organizations. 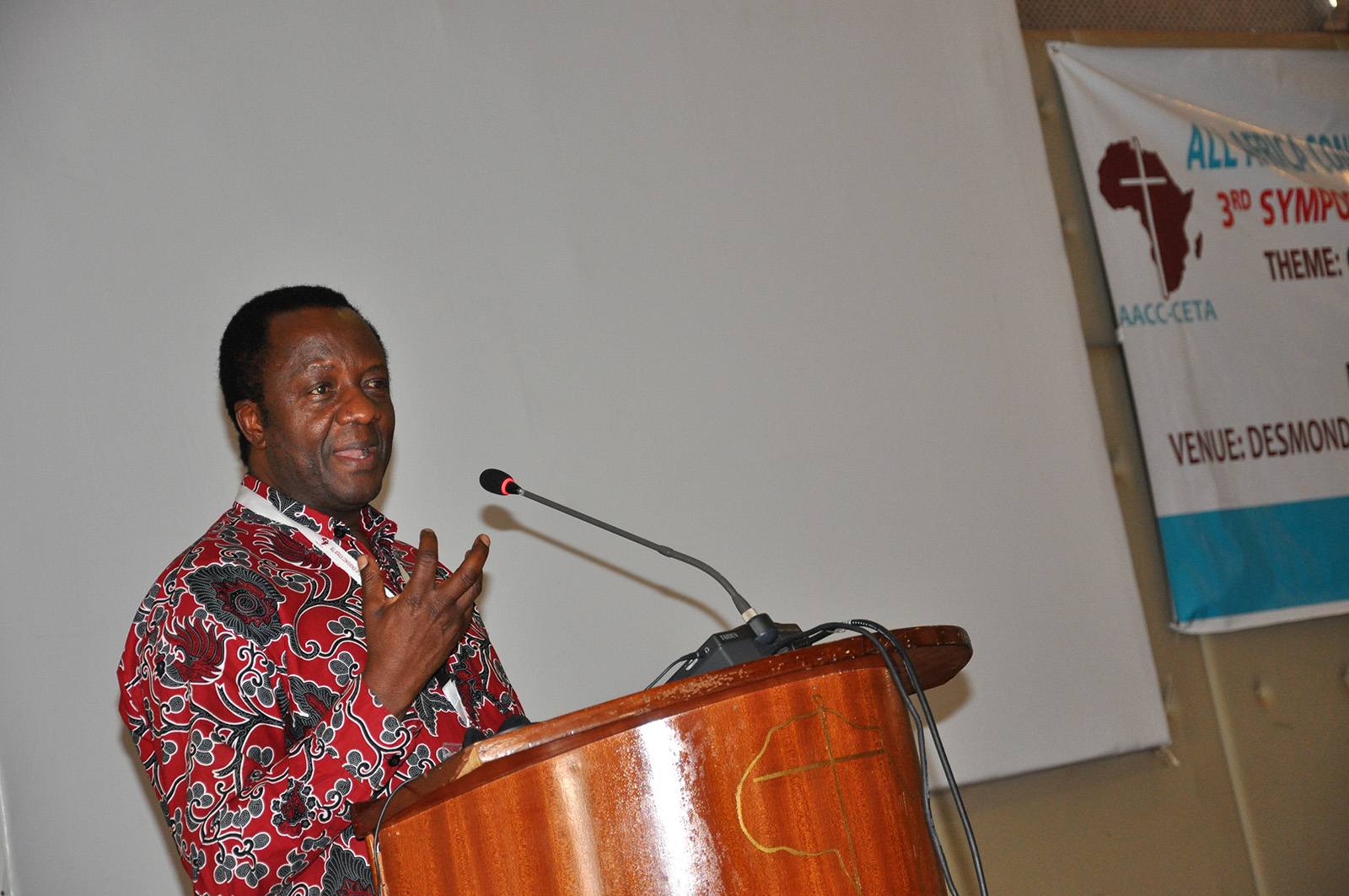 The Rev. Fidom Mwombeki, a Tanzanian Lutheran pastor who is the general secretary of the All Africa Conference of Churches, speaks at the closing of the 3rd Symposium on misleading Theologies in Nairobi, Kenya, on Nov. 24, 2021. RNS photo by Fredrick Nzwili

Since 2019, the group has organized three symposiums in which theologians, clerics and lay Christians have met to explore the subject of misinformation. Some of the themes tackled in the prior conferences include power and authority, wealth and poverty, government regulation of religious organizations, and health and healing.

“If we don’t pay attention, (misleading theologies) will undermine human dignity and put the lives of people at stake. You see in some churches the minister sending people out to eat grass. This is unacceptable,” said the Rev. Bosela Eale of the Democratic Republic of the Congo, AACC’s director of theology, interfaith relations and leadership, at the most recent Nov. 22-24 symposium, held in Nairobi.

The theologians are warning against dangerous teachings and practices, such as: the prosperity gospel; sexual abuses in demonic exorcism and blessing for fertility; the use of toxic substances and liquids in religious rites; and demanding huge sums of money for prayers and pastoral services, among others.

Religious observers say many of the worst abuses of theology come in faith healing.

The Rev. Simangaliso Kumalo, an associate professor of religion and governance at the University of KwaZulu-Natal-Pietermaritzburg, warns that the popular belief that Jesus cures every sickness poses challenges for managing epidemics, pointing to Pentecostal churches that have, he said, spiritualized COVID-19.

“For them, the corona is not a mere virus,” Kumalo told the conference. Pastors preach that, “because members of Pentecostal churches are children of God, the virus would not infect them, or if it does, they would be healed by Jesus, the physician.” 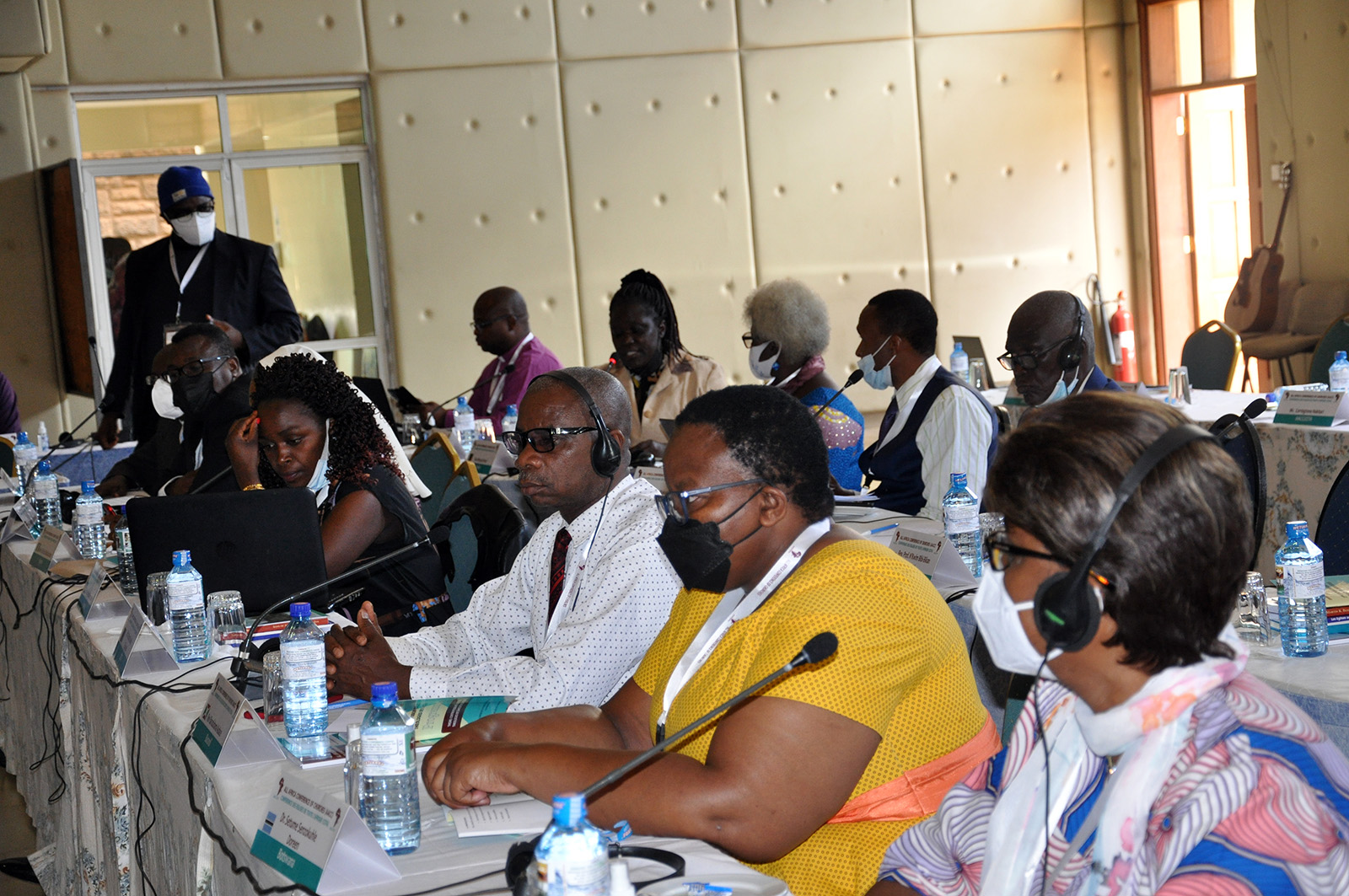 Participants at the 3rd Symposium on Misleading Theologies sit in a session on Nov. 22, 2021, in Nairobi, Kenya. RNS photo by Fredrick Nzwili

He highlighted conspiracy theories that say viruses such as COVID-19 are God’s punishment to disobedient humanity.

Monica Nambaba, an official at the Africa Christian Health Associations Platform, said spurious teachings about health have hurt Africans in the past. “Some people with conditions such as HIV have died after religious leaders told them to stop medication after attending healing prayers,” she said.

Pastors should instead be conscious of their power to sway people’s attitudes about health measures. “If the religious leaders can use their platforms to correct this, it will go a long way in helping the communities,” Nambaba said.

According to Veronica Ngum Ndi, a disability and development professional from Cameroon, people with disabilities are particularly vulnerable to faith healing attempts. Telling a person with a permanent disability that God will one day allow them to walk again is destructive, she said, and commanding them to drop their crutches because they have been cured, as some pastors do, can only worsen their problems. “Some have been injured badly in the process,” said Ndi.

At the same time, some of the church leaders and theologians at the symposium advocated for a reconsideration of African traditional healing practices, many of which have been suppressed or lost in the continent’s missionary era.

“We are referring to those aspects that make traditional healing practices beneficial. These aspects must be recovered because they are not incompatible with the gospel,” said the Rev. Herve Djilo Kuate, a pastor in the Evangelical Church of Cameroon.