Pearl Harbor happened 13 years before I was born, almost to the day.

In an odd, eerie way, had it not been for Pearl Harbor, I would never have been born.

Flashback. It is the anniversary of Pearl Harbor, sometime in the late 1960s or early 1970s. I am already a young teenager. I see my mother, dabbing her eyes with a tissue.

She had only two words for me. “Pearl Harbor.”

My mother told me a story I had not known, but one I have never forgotten.

The boyfriend who died in the attack.

“I might have married him,” she said to me.

My parents married in 1951 — a full decade after Pearl Harbor — and had a wonderful marriage of more than 34 years.

But, still, Dec. 7 brought up that memory for her — of the love she lost at Pearl Harbor.

In our lives, there are any number of things that happen to us, and that cause us to change direction — and we can never know what life would have been like had they not happened.

I have the story of Joseph in mind. The braggart, Joseph, seeks his brothers. A certain man tells him he had heard they were pasturing their flocks in Dothan.

Joseph finds his brothers, and they strip him of his coat. They sell him into slavery. He winds up in Egypt. He restructures the Egyptian economy and saves his own family from famine, causing them to wind up there — and their descendants to later become enslaved there, before emerging during the Exodus.

Which is why we have Passover.

Which is how Jewish history happened.

Had Joseph not found his brothers, he would have returned to his father, Jacob, and said: “The guys? Haven’t seen them. Oh, well.”

Which would have resulted in a shorter Book of Genesis. And no Book of Exodus.

Had he not enlisted, and had he not gone to Pearl Harbor, my mother might have married him.

And I would not have been born.

One last thing about Pearl Harbor. An aerial view of the USS Arizona Memorial with a U.S. Navy tour boat, USS Arizona Memorial Detachment, moored at the pier as visitors disembark to visit and pay their respects to the sailors and Marines who lost their lives during the attack on Pearl Harbor on Dec. 7, 1941. Photo by PH3(AW/SW) Jayme Pastoric, U.S. Navy/DoD/Creative Commons

On Dec. 6, 1941, the USS Arizona took on a full load of nearly 1.5 million gallons of fuel. The next day, it was hit — and since that fateful day, it continues to leak fuel — up to 9 quarts of oil into the harbor each day.

This is how memory works. Memory and memories have a way of continuing to leak into the waters of our lives.

It never really runs out.

For years, there have been massive efforts to identify all of the casualties from Dec. 7, 1941.

That work — discovering the identities of the dead and informing their relatives — is holy work, kavod ha-met, honoring the dead.

But, there are still 33 bodies from the attack that cannot be identified.

The military now says it can no longer extend this sacred project.

Because, yes: It is a mitzvah to identify the dead and to reach out to their relatives.

And, yes: Sometimes we cannot complete the work we have started — holy as it might be.

And, yes: I wonder if my late mother’s late boyfriend has living relatives and whether they were ever contacted.

Because, in each of us, there is the wreckage of something — and that wreckage might not leak oil, but it leaks something.

The leak is somewhere deep in our soul. 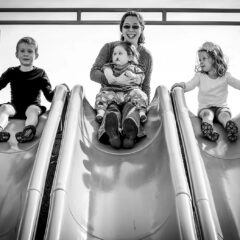