According to my latest L.L. Bean catalogue, “The Joy is in the Giving.” But according to Ralph Waldo Emerson, “We wish to be self-sustained. We do not quite forgive a giver. The hand that feeds us is in some danger of being bitten.”

Emerson, the 19th-century poet and philosopher, worried not only about microaggressions against recipients, but also against the giver.

For the expectation of gratitude is mean, and is continually punished by the total insensibility of the obliged person. It is a great happiness to get off without injury and heart-burning from one who has had the ill-luck to be served by you. It is a very onerous business, this of being served, and the debtor naturally wishes to give you a slap. A golden text for these gentlemen is that which I so admire in the Buddhist, who never thanks, and who says, “Do not flatter your benefactors.”

And then there’s gift-giving as macroaggression.

The great French sociologist Marcel Mauss laid out this notion nearly a century ago in his “Essay on the Gift.” In Mauss’ broad, comparative view, society-wide gift exchange is an economic means of establishing social hierarchies.

“To give is to show one’s superiority, to show that one is something more and higher,” wrote Mauss. “To accept without returning or repaying more is to face subordination, to become a client and subservient.”

RELATED: Buddhist monks have reversed roles in Thailand – now they are the ones donating goods to others

Vassalage through non-reciprocal gift-giving doesn’t apply only to the likes of peoples studied by anthropologists or to the pre-capitalist world known to historians. The rich in Mauss’ day, as in our own, new gilded age effect their social superiority through philanthropy.

Anyone who works at a private college or university knows how it works. The wealthy alumni whose gifts are endlessly solicited are the patrons; the rest of us are the clients. As overseer of a modest endowment my late parents made to a small liberal arts college, I can testify to the difference in status.

But what about charity, which is enjoined by our great religious traditions? 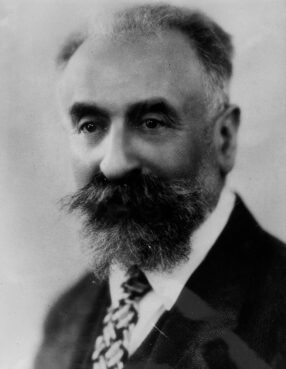 Mauss points out that the original meaning of the word for alms in Hebrew and Arabic (tzedakah, zakat) is justice. Charity, in other words, is justice for the poor.

But for the rich, generosity is also dangerous to those on the receiving end. It “wounds him who receives, and our whole moral effort is directed toward suppressing the unconscious harmful patronage of the rich almoner.”

Here, Mauss, the recipient of a good Jewish education, may have been thinking of Maimonides, who (in line with earlier Jewish thought) emphasized the importance of giving anonymously.

Not that Mauss entirely disdained gift-giving and the way it can serve to bind societies together through relationships of reciprocity. But he was deeply distrustful of the social subordination that great disparities of wealth bring about.

For that reason he very much approved of the social welfare policies that were coming into play in Western Europe in the early 20th century. A critic of economic theory that looked at employment solely in terms of supply and demand, Mauss saw workers as providing — giving — their labor to the community at large as well as to their bosses.

And thus, he believed, more is owed to them than simply their wages. In return for their labor, the state needs to provide them with “a certain security … against unemployment, sickness, old age and death.”

RELATED: Build Back Better or quit? Time to choose

But here, too, recipients may be less than grateful to the giver. The adage of a few years ago, “Tell the government to keep its hands off my Medicare,” is a good case in point. Or consider Obamacare, which became popular only after the giver left office.

We are currently in a similar situation, as President Biden drifts lower in the polls even as his presidency supplies benefits that the American public says it wants. If you want to build back better, it seems, you have to expect that having your hand bitten is the likely result.