(RNS) — The Sunday after Christmas is the feast of the Holy Family in the Catholic Church calendar. As a Catholic priest, unmarried and without children, I’m as challenged as many of my colleagues are when preaching about family. Every time I have to give a homily on the topic, I recall the old joke about the priest who finished preaching on the joys of marriage only to hear an old Irish woman mutter on her way out of church, “I wish I knew as little about it as he does.”

When Cardinal Alfonso López Trujillo was appointed president of the Pontifical Council for the Family, his only qualification was that he had a mother and a father.

On Holy Family Sunday, the priest is allowed to pick from several Scripture passages. One is from Paul’s letter to the Colossians. The passage wisely ends just before the verse that reads: “Wives, be subordinate to your husbands, as is proper in the Lord.”

Clergy used to wax eloquent about St. Paul’s instructions, but today it can outrage both women and men.

In 1974, my first year as a priest, I used to have penitents read from the coming Sunday Scriptures for their penance after confession. That summer, I got the readings mixed up and sent everyone (men, women, kids) out of the confessional to read those instructions.

As I was waiting in the sacristy to help with Communion during the Saturday vigil Mass, I heard the homilist say, “I wouldn’t touch that second reading with a 10-foot pole.” That is when I knew I was in trouble and would have to preach on the passage.

In actuality, it wasn’t Paul’s instructions to wives that would have caused a stir. It was, after all, the common understanding of the day. What he said to husbands did have the power to shock: “Husbands, love your wives, and avoid any bitterness toward them.”

In the letter to the Ephesians, Paul goes further, telling husbands, “Love your wives as Christ loved the church.”

Remember, Christ gave his life for the church, the Christian community: Paul is making clear here that Christianity demanded more of husbands than did the society of his time. He also tells men, “Fathers, do not provoke your children, so they may not become discouraged.”

When Paul breaks with the common thinking of his age, we need to take him very seriously. When he simply repeats what his contemporaries are saying, what he says has less weight. Thus his instruction, “Love your wives” is much more authoritative than “Be subordinate to your husbands.” 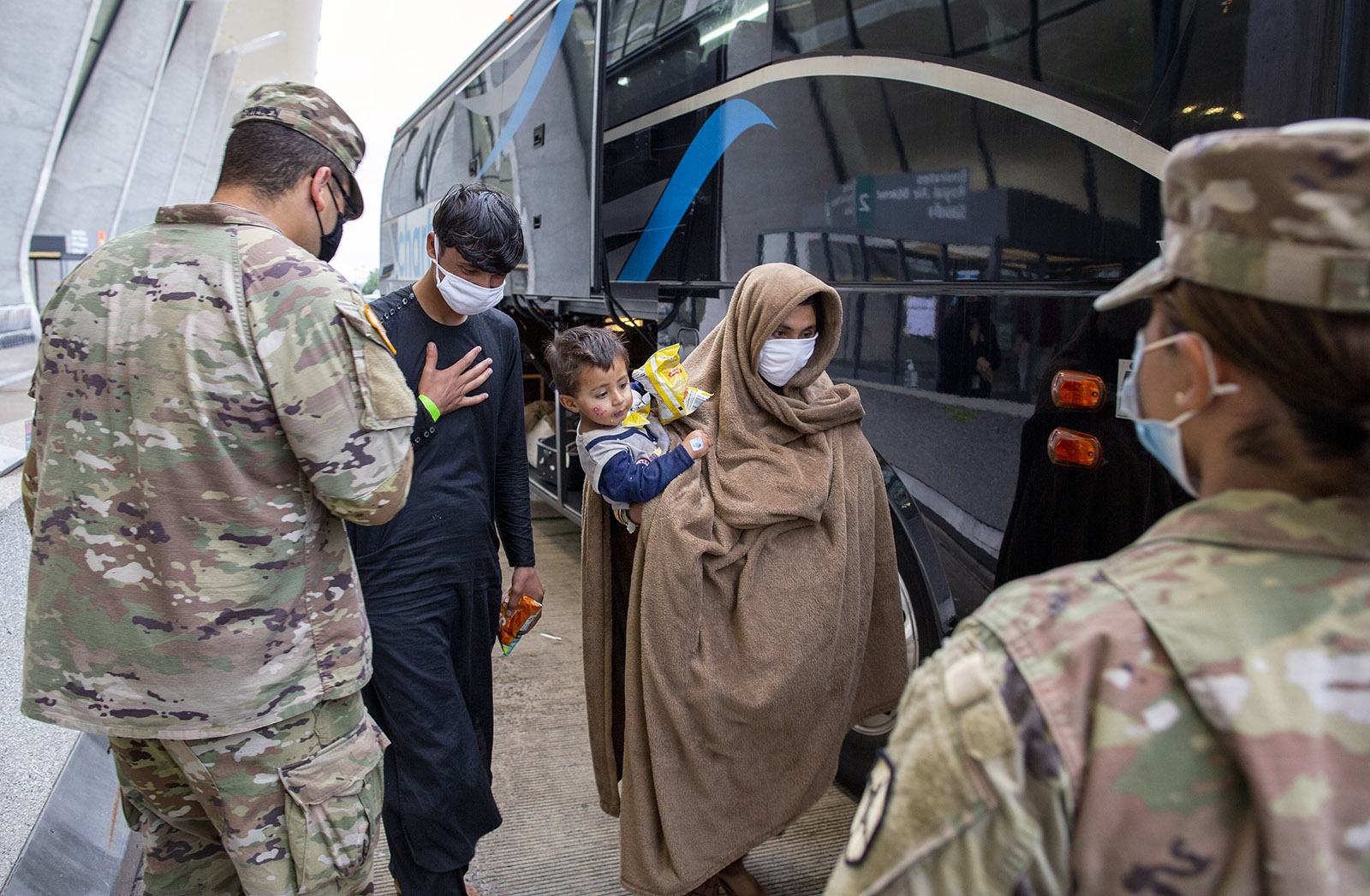 On Holy Family Sunday, the Gospel reading can be from Matthew’s account of the flight into Egypt, which helps us focus on threats to families.

Many preachers proclaim that gay marriage is the greatest threat to family life today. But the Holy Family was not threatened by the sex lives of their neighbors. They were threatened by political persecution and repression. They became political refugees in Egypt because King Herod was trying to kill them.

At the end of 2020, there were 82.4 million forcibly displaced people in the world, according to the UN High Commissioner for Refugees (UNHCR), of which more than a quarter are refugees. That is a lot of families.

We should welcome them even if they are not documented. When the angel appeared to Joseph, he did not say, go to the Egyptian embassy and get in line for a visa. Rather, the angel said, “Rise, take the child and his mother, (and) flee to Egypt. …”

If the Holy Family had come to our country in this fashion, Jesus would have been subject to deportation at any point in his life — even if he got good grades, got a job, lived a productive life and had his own children who would be American citizens.

The real threats to family life tend to be economic and political troubles, not the lifestyles of people we don’t like.

Unless President Biden’s Build Back Better proposal passes, 3 million children will return to poverty next month when the child tax credit expires.

While Christmas is a time for children, it also has some serious lessons for adults. It tells us to see the Holy Family in the refugees and immigrants in our midst. It reminds us that the message of Jesus is about justice and love, especially for the poor and oppressed.