When I entered the Jesuit novitiate right out of high school in 1962, my novice director would not let me fast because I weighed 135 pounds. He wanted healthy novices, plus he feared being attacked by visiting mothers if their sons lost weight.

My thin physique had nothing to do with asceticism and all to do with good genes. I still weigh only 148 and can eat anything and not gain weight. My mother joked that I had a tapeworm.

But this year, I have decided to pay attention to what I eat during Lent. I am going vegetarian. Technically, going vegetarian would be classified under “abstinence” — abstaining of meat altogether, rather than “fasting,” eating less.

I used to make fun of vegetarians. I remember sarcastically asking one, “Don’t vegetables have rights?”

I have changed my tune for two reasons.

First, my reading about global warming has convinced me that eating less meat, especially less beef, is essential for protecting the environment. Meat production causes deforestation when forests are converted into pastures for cattle or into land to raise crops that are fed to cattle, pigs and chickens. We need these forests more than ever to absorb the carbon dioxide we are putting into the air.

RELATED: Have a digital Lent to get through the pandemic

Cattle are also a major source of methane, which is a potent greenhouse gas that can cause more global warming per volume than CO2. Programs feeding seaweed to cattle have been shown to reduce methane emissions, but such measures are still at the experimental stage.

I know I should follow such a diet all year round; the spirit is willing, but the flesh is too tasty. I will commit myself to Lent and see how it goes.

Second, when the disciples failed to cast out a devil, Jesus told them that some spirits can only be cast out through prayer and fasting. When I see humanity’s inability to deal with global warming, war, genocide, starvation, pandemics, refugees and injustice, I believe that it is time to try prayer and fasting.

Pope Francis has asked us to pray for peace in Ukraine on Ash Wednesday, a day of mandatory fast and abstinence in the Catholic Church. I intend to expand that into a Lent of praying for peace, justice and ecological healing.

For prayer during Lent, I always recommend meditating on the Scripture readings for daily Mass, which are a wonderful sampling of sacred texts. They are the original catechism of the church. When most people were illiterate, bishops would gather catechumens in their cathedrals each day during Lent and explain the Scripture readings to them in preparation for their baptisms at the Easter Vigil.

The readings are available through various apps. Try out iBreviary, or simply go to the website of the U.S. Conference of Catholic Bishops. I have Alexa read them to me at night before bed and in the morning while I am waking up. 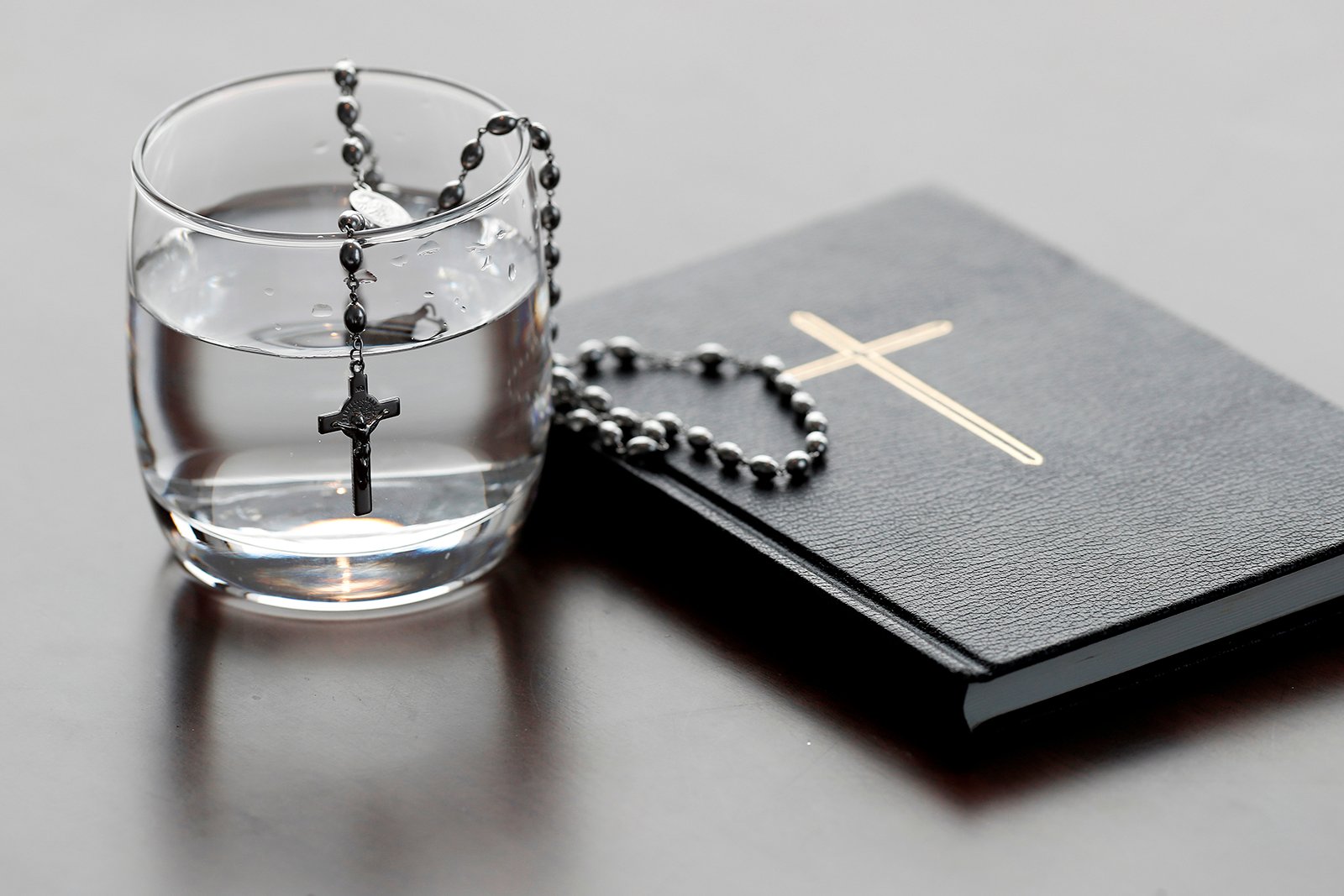 Lent is a period of fasting and reflection for many Chistians. (Photo by Pascal Deloche/Godong/Universal Images Group via Getty Images)

This year, I am also recommending an old Catholic practice, the rosary. I never got much out of saying the rosary; I always found myself distracted.

Recently, I have gotten more out of the practice because I direct my prayer to my distractions. Last week, for example, I prayed for Pope Emeritus Benedict XVI before and after writing my column about him. Since I am a news junkie, I have also found it helpful while saying the rosary to direct my prayer toward the news I have been following that day, whether it is Ukraine, the climate crisis, economic uncertainty, Washington politics or conflict within the church.

When I was younger, I thought I could help fix all these problems. I still should try, but now I recognize that some demons are only cast out by prayer and fasting.