(RNS) — When the Cathedral Church of St. Mark in Salt Lake City hosted dialogues last year on the Episcopal Church’s Sacred Ground curriculum, wrestling with issues of race and white privilege in the United States, it didn’t entirely resonate for Daniela Lee.

Lee, a student at Bexley Seabury Seminary at the University of Chicago, had been born and raised in Romania. What she needed to reckon with, she said, was her country’s history of antisemitism.

So Lee picked up a copy of the book “Jesus Wasn’t Killed by the Jews: Reflections for Christians in Lent,” edited by Jon M. Sweeney, and organized a series of conversations about it at the church.

“There’s just no easy fix to centuries and centuries of antisemitism,” Lee said.

Lent, a season of fasting and contemplation observed by many liturgical denominations, culminates in Holy Week, when Christians remember Jesus’ last days and crucifixion before celebrating his resurrection on Easter Sunday. There is a long history of Christians interpreting the week’s Scripture readings as blaming Jewish people for the death of Jesus, a belief that has often been at the root of violence against Jewish communities.

“You can’t deny that the church has misunderstood the message of Good Friday and engaged in the very thing that they’re shown not to do. So there’s a reckoning that’s taking place,” said the Very Rev. Tyler B. Doherty, dean and rector of St. Mark’s.

RELATED: Why parts of Good Friday worship have been controversial (COMMENTARY)

The Lenten conversations at St. Mark’s are happening within a broader reevaluation by the Episcopal Church as it mulls changes to the Holy Week lectionary readings heard in its churches across the country — especially as world leaders have decried a resurgence of antisemitism.

In February, the Episcopal Church’s Prayer Book, Liturgy & Music Committee heard testimony online for a resolution to address the antisemitic impact of the lectionary readings for Holy Week. The committee will consider the resolution at the denomination’s General Convention, scheduled for this summer in Baltimore. 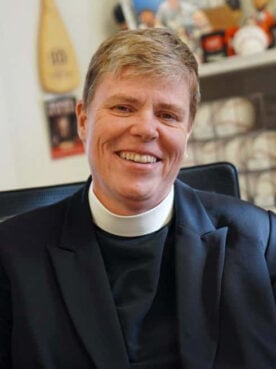 The resolution started in and was approved by the Episcopal Diocese of Washington, where it was submitted by the Rev. Michele Morgan and members of her congregation at St. Mark’s Episcopal Church in Washington, D.C.

Morgan pointed to recent statistics showing an uptick in antisemitism in the United States, including antisemitic symbols and sentiments captured during the insurrection at the U.S. Capitol. Words matter, she said.

“When we hear this in the holiest of our times, does it change the way that we view our siblings?” Morgan said.

The resolution, which if approved by the committee could then be voted on by the General Convention, would direct the Episcopal Church’s Standing Commission on Liturgy and Music to recommend revisions to the lectionary readings for Holy Week to “remedy passages that use language that has been interpreted as antisemitic while maintaining the meaning and intent of the original Greek texts,” it reads. It also would encourage the Episcopal Church to advocate for other denominations using the Revised Common Lectionary to consider similar changes.

Concern that some of the liturgies and familiar Gospel passages read each year during Holy Week — and particularly on Good Friday, when Christians remember Jesus’ crucifixion and death — can be interpreted as antisemitic or anti-Jewish isn’t new.

An organization called Opus sacerdotale Amici Israel pushed the Vatican to make changes to the Catholic Church’s Good Friday liturgy — which described Jewish people as “perfidious” — as far back as 1928, according to Rabbi Abraham Skorka’s foreword to “Jesus Wasn’t Killed by the Jews.”

“The problem gets raised by parishioners and priests every year, and I know this because they write to me,” said Amy-Jill Levine, Rabbi Stanley M. Kessler Distinguished Professor of New Testament and Jewish Studies at Hartford International University for Religion and Peace. Levine, who is Jewish, was a witness at the February hearing and noted the most egregious text pointed out in the resolution is the reading for Good Friday from the 18th and 19th chapters of the Gospel of John.

John’s Gospel merges different Jewish groups — Pharisees, high priests, the people — into “the Jews,” Levine explained. That leads to passages like John 18:36, rendered in the New Revised Standard Version of the Bible used by many Episcopalians: “Jesus answered, ‘My kingdom is not from this world. If my kingdom were from this world, my followers would be fighting to keep me from being handed over to the Jews. But as it is, my kingdom is not from here.'”

Rather than debate whether the text is antisemitic, Levine told Religion News Service in an email, “I think it best that Christians acknowledge the text has been interpreted in that way, and then do something to prevent such impressions.”

At the hearing, she suggested the denomination consider not only changing its Scripture readings for Holy Week, but for the entire liturgical year. She’s encountered readings during the season of Lent that she said “undercut the value of Torah” and readings during the season of Easter, which stretches 50 days beyond the holiday, in which the Apostle Peter, who was Jewish, writes to his Jewish readers, “You killed the Author of life.”

Another witness suggested changing the word rendered “Jew” in many translations of John’s Gospel, including the NRSV, to “Judean.”

Others have encouraged denominations to create guidelines for clergy to help them unpack the context of the readings in sermons, bulletins and newsletters. This is something the Episcopal Church already has done: The General Convention, which convenes every three years, directed the Standing Commission on Liturgy and Music to do this at every denominational meeting between 2006 and 2015.

But guidelines don’t work, Levine said. People don’t always read newsletters. And changing “Jews” to “Judeans” erases Jewish people from the New Testament — neo-Nazis and KKK members do that, too, she said.

“Changing the lectionary is the wisest move; it is also the most complicated given that lectionaries unite churches across the globe,” she said. “However, if we can move flags and statues from public display to museums, then perhaps the time has come to move certain lectionary readings from liturgical proclamation to Bible studies.” 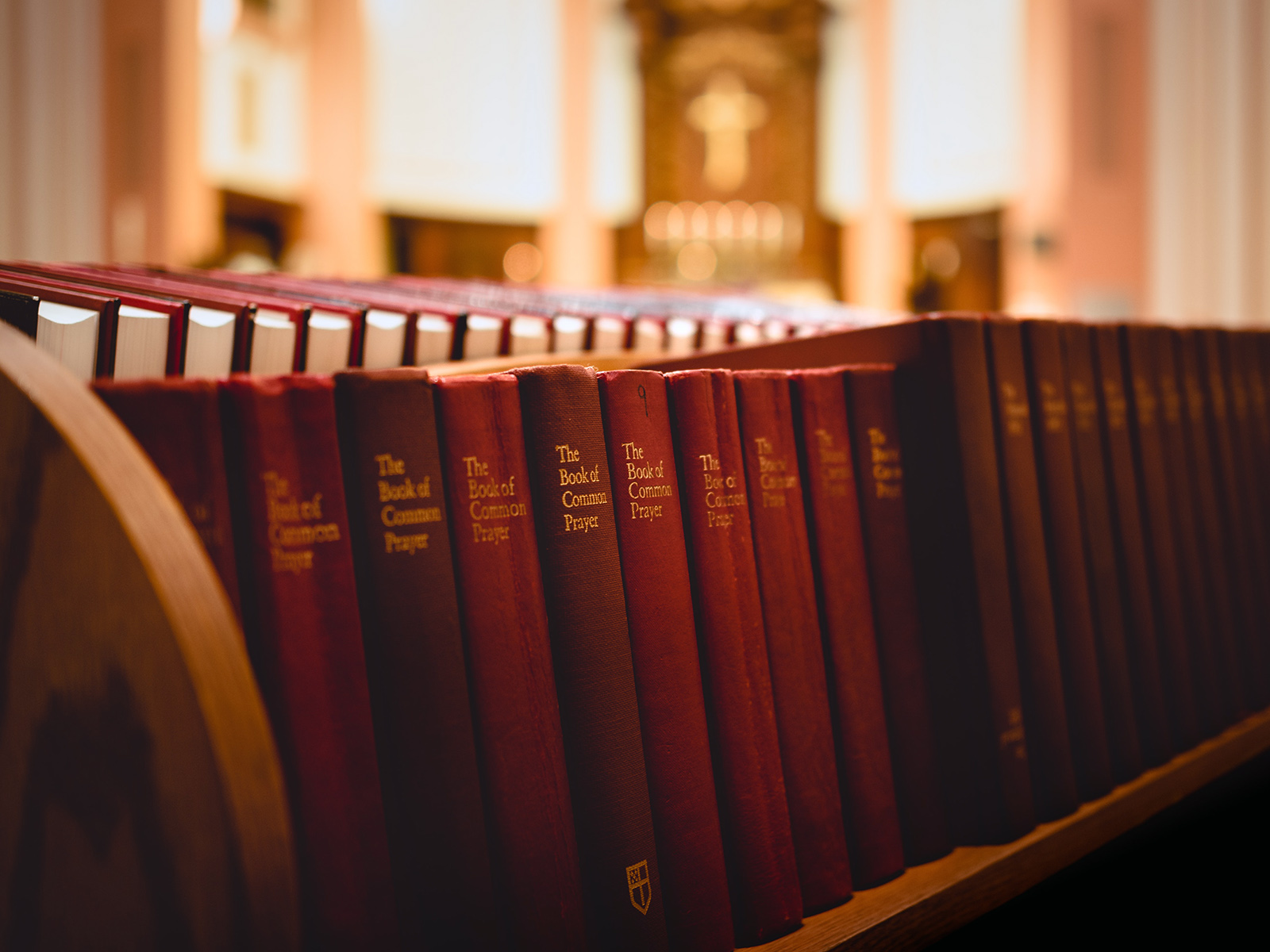 In the meantime, at least one Episcopal diocese has approved the trial use of an alternate Good Friday liturgy.

“I think Good Friday is actually a moment where we want to be especially careful about how we talk about the Jewish people,” said the Rev. Daniel Joslyn-Siemiatkoski, who helped create the liturgy.

The liturgy still includes readings from the Gospel of John but substitutes “Judeans” for “Jews” (Joslyn-Siemiatkoski affirmed Levine’s concern about this change, but argued there’s a difference between doing so during one historically problematic church service and doing so in an entire translation of the Bible). It also adds a prayer affirming the Jewish people’s “eternal covenant with the Lord” and repenting of the harm Christians have done to Jews.

For the Episcopal Church as a whole, though, Joslyn-Siemiatkoski acknowledged it’s not that easy. Change doesn’t come that quickly to the mainline denomination.

Neither St. Mark’s — in Salt Lake City and in Washington, D.C. — will be among the churches using the alternate liturgy for Good Friday this week.

The lectionary, after all, still calls for the readings from John’s Gospel.

Doherty will do what he’s always done: unpack the readings in his sermon, explaining that Good Friday is about recognizing one’s own complicity in the crucifixion, not “making it someone else’s problem.” That is its own crucifixion, he said.

Morgan draws the line at saying the words “for fear of the Jews” aloud, though she said it still will appear in the readings printed in the church bulletin.

“Until General Convention gives us new appointed lectionaries, I think people need to see what it is, but I think that they get to hear something else, and, in that space, I think that’s when the questioning starts happening,” she said.