(RNS) — Time for a confession: I have always had a thing for the British monarchy. It goes back to my childhood, when at some point (geek alert, folks) I might have actually memorized the order of the English kings and queens. I had a fascination with the Anglo-Saxon and Viking periods, as well.

So, yes, I have binge-watched “The Crown” on Netflix. OK — twice.

I disliked Edward VIII/David/the Duke of Windsor, less for his abandonment of his royal responsibilities than for his pro-Nazi sympathies.

I was moved by Prince Philip’s decades-later reunion with his mother, Princess Alice of Battenberg. Congenitally deaf, thought to be mentally deficient, she founded a convent in Greece. She saved Jewish children in Greece during the Shoah, was recognized by Yad VaShem as one of the Righteous of the Nations and is buried in Jerusalem. I was equally sad that this aspect of her life got rather short shrift in the series.

I also discerned a pattern. In each generation, there was one person in the family who stepped out and rebelled against royal expectations.

A generation after the Duke of Windsor, it was Princess Margaret.

A generation later, it was Prince Andrew (of Jeffrey Epstein infamy) and the late Princess Diana.

In the current generation, it is definitely Harry and Meghan.

It turns out that the Windsors are just like many of our own families, with secrets, scandals and embarrassments, seemingly unable to escape the patterns of the past.

Let’s talk about the Jews and queens — and I am not referring to the New York City outer borough of my birth.

Every Friday evening, as Shabbat begins, we greet a queen — the Sabbath Queen.

That is, if we are singing the hymn “Ha-chamah Mei-Rosh.” The words of the immortal Jewish poet, Bialik, in its most accurate translation: “The sun on the tree tops no longer is seen. Come let us welcome the Sabbath, our Queen…”

The medieval Jewish mystics imagined Shabbat as a queen. Or, perhaps she was a kallah, a bride, as in the hymn, “Lecha Dodi.” Whatever her precise persona, Shabbat enters time as the manifestation of the Shekhinah, the feminine presence of God.

There is certainly a difference between the two images. Anyone can kiss the bride at a wedding. With a queen, however, there are rules and protocols: how to approach her, what to call her, and the like.

As it is with Shabbat: simultaneously, a source of delight and intimacy, but also rules and regulations. 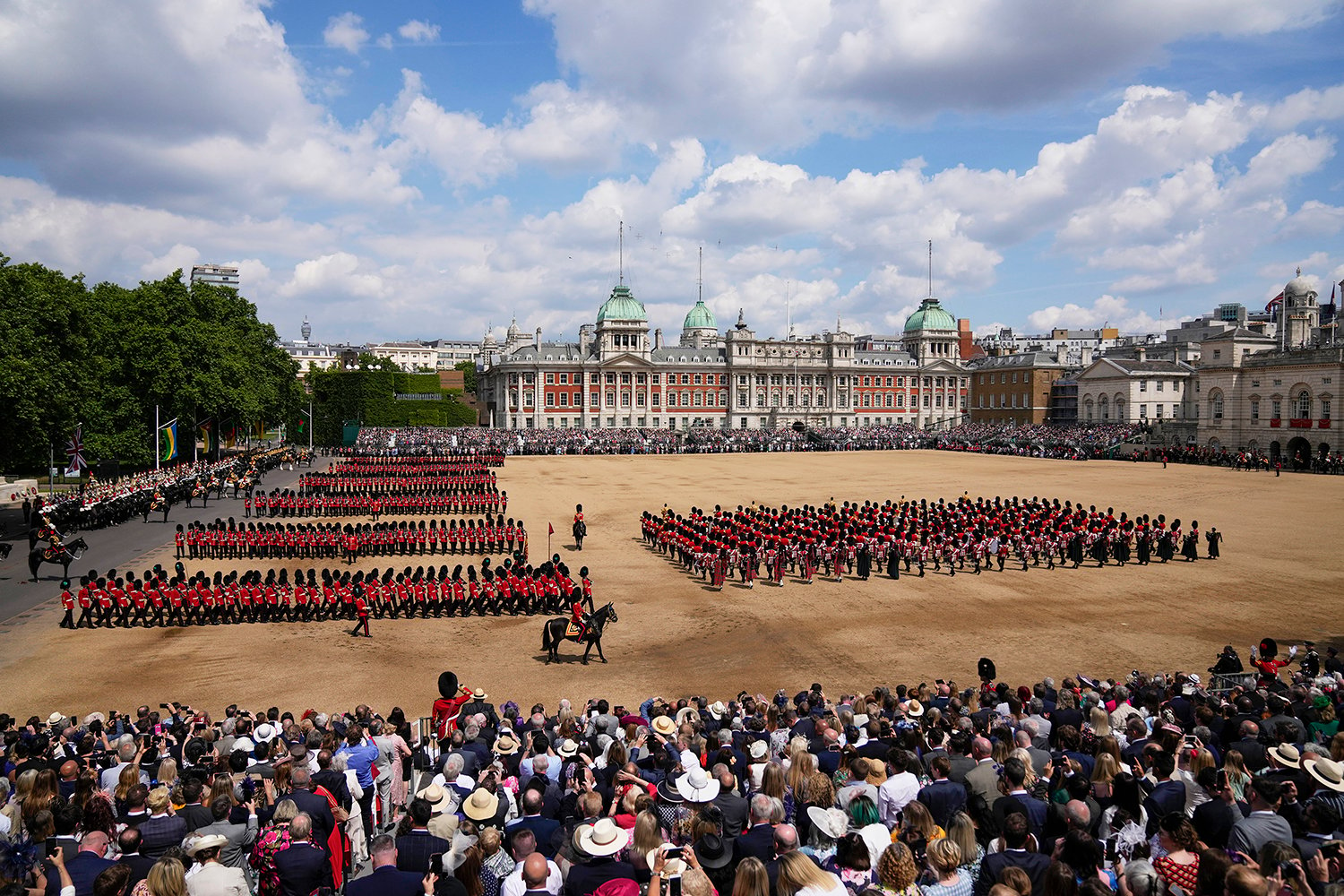 The Queen’s guards march during the Trooping the Color parade at Horse Guards, London, Thursday, June 2, 2022, on the first of four days of celebrations to mark the Platinum Jubilee. The events over a long holiday weekend in the U.K. are meant to celebrate the monarch’s 70 years of service. (AP Photo/Matt Dunham)

In honor of Queen Elizabeth’s 70th anniversary on the throne, I rewatched “The Queen,” starring Helen Mirren, for which she won the Academy Award for best actress.

It is about the aftermath of the death of Princess Diana in that infamous automobile accident in Paris.

The English people are grieving terribly. In their grief, they no longer want the traditional stiff upper lip of the monarchy. There are many who are not even so sure that they want the monarchy. They want the queen to grieve with them over this terrible loss. They want her to express ordinary human feelings — even if those feelings are laced with appropriate ambivalence about the broken relationship that preceded Diana’s unhappy and untimely death.

That is the theological message of “The Queen.” Just as the British people wanted a sovereign who would feel their pain, we Jews want a heavenly sovereign, if you will, who will feel our pain as well. We no longer want a distant God; we want a God who is revealed to us in intimacy.

True, on the Days of Awe we want a God who is simultaneously Avinu and Malcheinu, father and king (though the Hebrew is decreasingly translated; in many liturgies, it is simply Avinu Malcheinu).

But, most of the time, I sense that Jews want something else from God. Not the distant regal God, but the close personal God. It is the God who is revealed in the tenderness of our weak and fragile moments. Not God the distant ruler; but rather the God who knows us and who cares about us.

In short, the British citizens wanted a queen who was not distant but who understood their personal pain over the loss of Diana.

In the months that followed the death of Diana, the British monarchy came under increased criticism. Many sensed the monarchy was simply becoming too expensive to maintain, with others suggesting that the very idea of monarchy had become obsolete.

At that time, Philip (who turned cringeworthy remarks into a royal trademark) quipped something like this: If they (the British people) don’t want us anymore, then we will simply leave.

Which is sort of like God. A midrash portrays God saying: If the people of Israel are My witnesses, I am God. If not, then it is almost as if I am not God.

So, too: The relationship between a monarch and her followers is simply that — a relationship. If the followers no longer want to be followers, then the monarch ceases to be.

People and nations do not lightly cast off their most precious, unifying symbols. That is what the monarchy has been for the United Kingdom.

I wish Her Majesty good health.

And, to His Highness, Prince Charles — I wish the gift of patience.