Those reforms included setting up a “Ministry Check” website to track abusive pastors, church employees and volunteers and appointing a task force dedicated to implementing systems to address abuse and serving as a resource to Southern Baptists in responding to abuse allegations and caring for abuse survivors.

That abuse reform implementation task force will also look into creating a fund to assist survivors and setting up a “permanent committee or entity” to address abuse.

The vote on reform came after an impassioned presentation by North Carolina pastor Bruce Frank, who chaired the SBC’s sexual abuse task force over the past year.

“The time for action has come,” added Frank, who described dealing with abuse as a “gospel issue.”

The sexual abuse task force oversaw the investigation into how SBC leaders have responded to sexual abuse in recent decades. Last month, a report from Guidepost Solutions, which conducted the investigation, found that Southern Baptist leaders had spent years mistreating abuse survivors, mishandling allegations of abuse and trying to protect the institution at all costs. 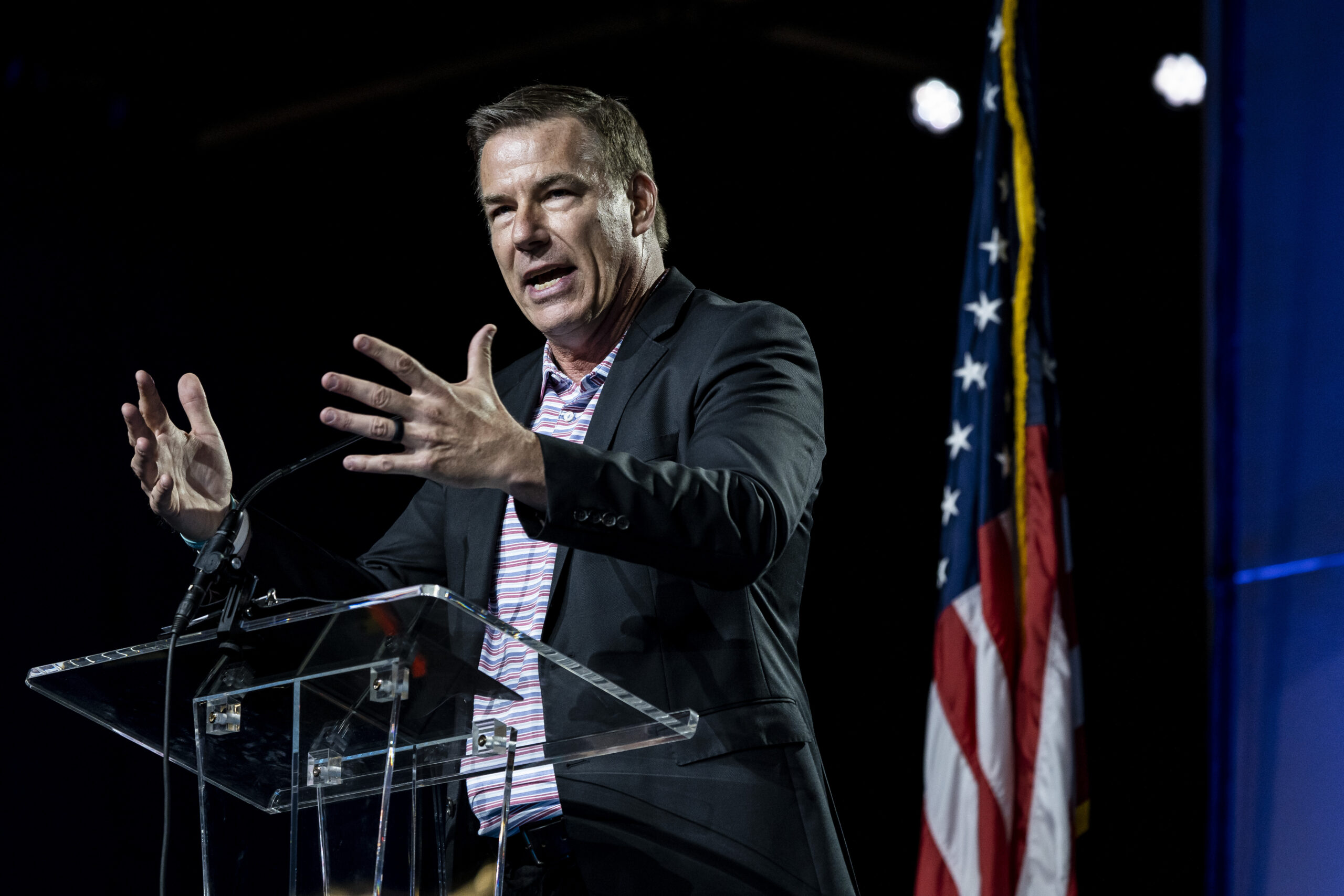 In response to that report, the task force proposed a set of recommendations to address abuse.

The funding is already in place for those reforms.

Frank said that at first, he was angry at SBC leaders who mistreated abuse survivors. Then, he said, he realized he had been an SBC pastor for 30 years and never acted to address abuse.

SLIDESHOW: Opening Day at the SBC annual meeting in Anaheim

“All of that happened on our watch,” he said.

But the task force recommendations were also met with spirited debate.

Mark Coppenger, a messenger from Redemption City Church in Franklin, Tennessee, dismissed the findings of the Guidepost investigation and said the SBC did not have a major problem with abuse. He also compared a major investigation on abuse in the SBC by the Houston Chronicle to The New York Times’ 1619 report, which he also dismissed. Another messenger suggested scrapping the report, saying Guidepost had “polluted” the committee. That messenger was angered by a recent pro-LGBTQ social media post by Guidepost.

Frank said that the issue at hand is not what Guidepost thinks of LGBTQ issues. “The issue is what do Southern Baptists think of sexual abuse. That is the issue.”

After further debate, messengers voted on reforms and approved them.

The vote came toward the end of the first day of the annual two-day Southern Baptist Convention meeting, much of which was focused on the massive report and the proposed recommendations.

The opening moments of the convention were verbally and visually different from in the past. Stacked next to the Tuesday “Daily Bulletin” listing the items of business for the day was a black-and-white document titled “SBC Sexual Abuse Task Force Frequently Asked Questions.” Before the meeting officially got underway, Executive Committee Chairman Rolland Slade read Scripture that pleaded for a “clean heart” and led a prayer seeking divine intervention.

Outgoing President Ed Litton called for compassion as members reckoned with the “gut-punching reality” revealed by the investigation.

Beyond being aware of a “watching world,” Litton said, they must seek the model of Jesus and not turn away from those who are in need of care.

“We can’t say we are the greatest mission-sending agency in the world when we have a heart that lacks his compassion and a vision that lacks his vision for the world,” said Litton, an Alabama pastor, in his presidential address. “Let us be careful how we treat one another. This is our credibility to a lost world.”

Litton also noted, prior to his address, that abuse survivors — those most affected by the results of the investigation — were also watching, many of them in the 7,800-member audience at the meeting.

“We have guests with us and many of them have suffered much,” he said, his opening words translated into Spanish by SBC Second Vice President Ramon Medina. “We honor them and we honor their pain and suffering. We thank those survivors for being with us today.” 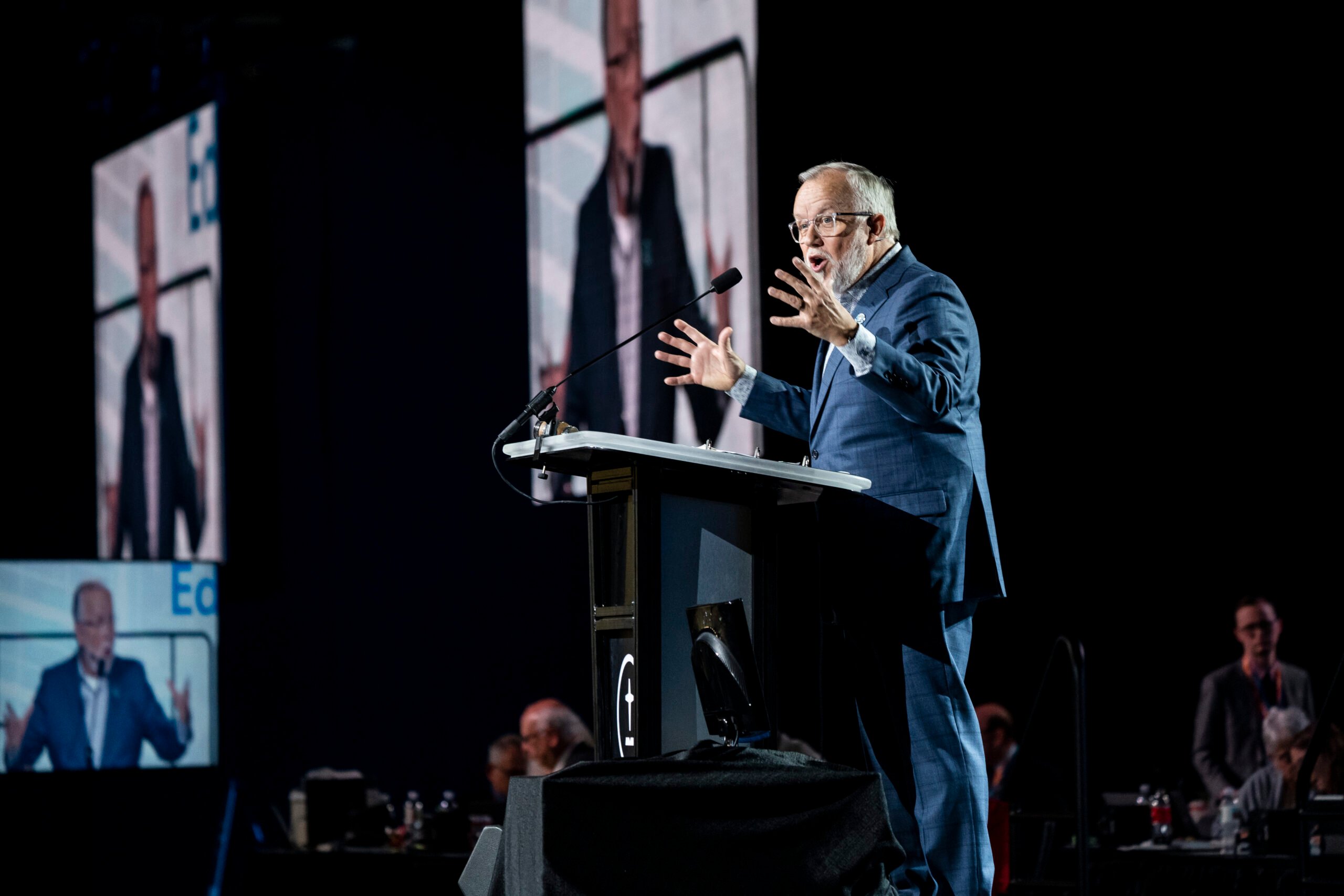 In the first report from an SBC entity, D. Hance Dilbeck Jr., president and CEO of GuideStone Financial Resources, the denomination’s organization that handles retirement and insurance plans, said his staff was “saddened” by the sexual abuse report.

“We’re committed to doing all we can to support our churches as we care for victims and respond properly to this report,” he said. “We’re grateful for the work of the task force. I want you as Southern Baptists to know that within GuideStone, we continually review our policies and procedures to ensure all our employees are free to work in an environment free from harassment, sexual abuse. We have zero tolerance policy or harassment in the workplace.”

The first hours of the meeting also included opportunities for messengers, or delegates, to come to microphones and introduce possible actions by the denomination. A year after the 2021 messengers took unexpected action to question and investigate the Executive Committee’s handling of sexual abuse claims, additional requests were made to review and seek greater transparency and accountability of other entities of the denomination.

The first day was expected to feature the election of a new president to succeed Litton, who opted not to pursue a traditional second one-year term. Three candidates were known ahead of the meeting — Florida pastor Tom Ascol, Texas pastor Bart Barber and missionary professor Robin Hadaway. A fourth candidate, Georgia pastor Frank Cox, was announced Tuesday.

On Tuesday afternoon, Ascol and Barber were in a runoff for the presidential role. 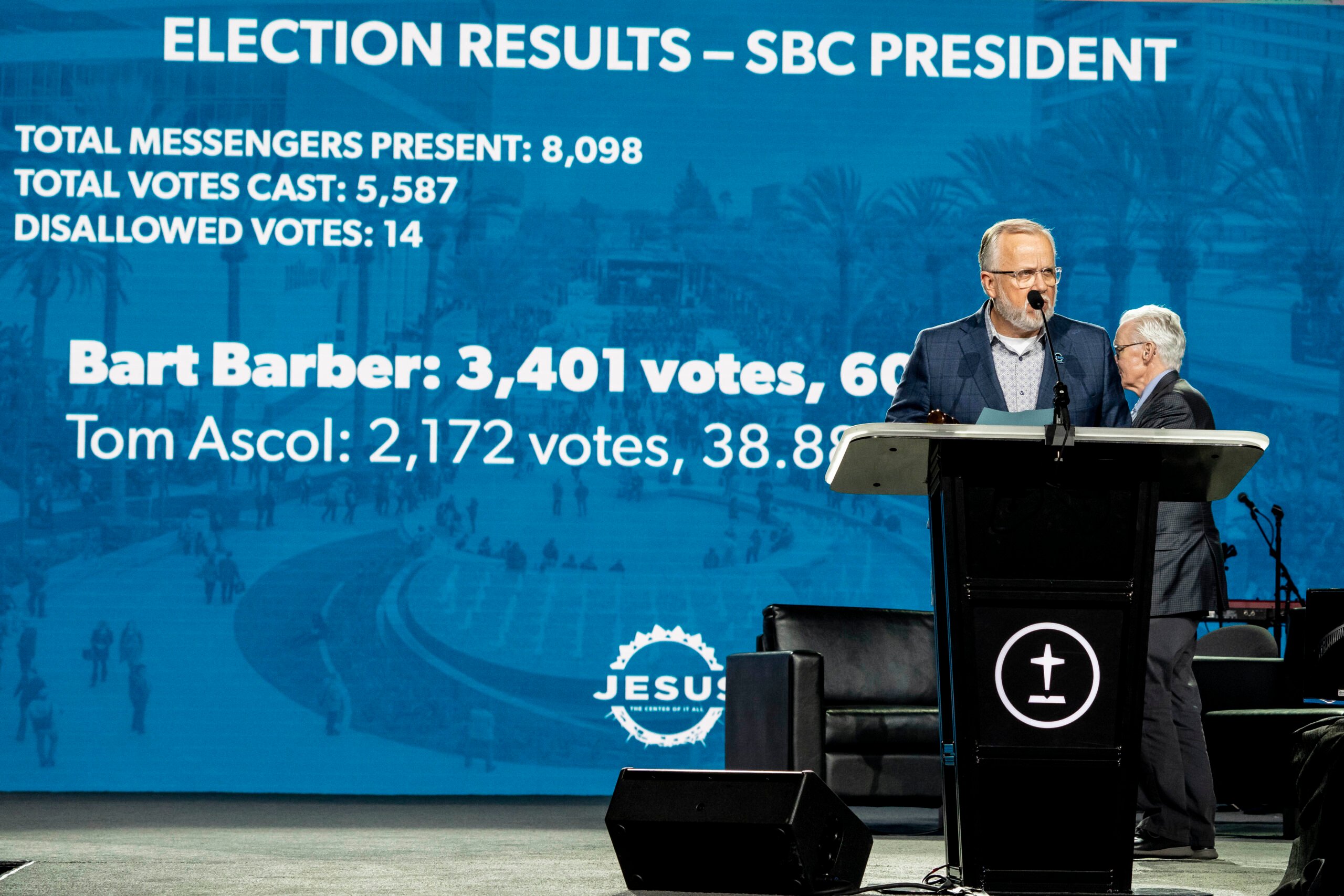 They also condemned the historic coerced assimilation of Native American peoples into mandatory boarding schools and said “we stand against forced conversions and distorted missiological practices as contrary to our distinctive beliefs as Baptists in religious liberty and soul-freedom.”

A messenger successfully added to that statement that Baptists “remain committed to the evangelization of Native American peoples calling them to freely repent of their sins and believe in Jesus for salvation, even as morally neutral aspects of their culture are preserved and celebrated.”