VATICAN CITY (RNS) — Pope Francis issued a new document on Wednesday (June 29) aimed at promoting the “rediscovery” of the Catholic Church’s Eucharistic liturgy celebrated at Mass to protect it from ideological influences.

“With this letter I simply want to invite the whole Church to rediscover, to safeguard, and to live the truth and power of the Christian celebration,” Francis wrote, without it being “spoiled by a superficial and foreshortened understanding of its value or, worse yet,” he added, “exploited in service of some ideological vision, no matter what the hue.”

The document, titled “Desiderio Desideravi,” a Latin phrase meaning “Ardently Desire,” also pushes back against proponents of the Old Latin Mass, or Tridentine Rite, which was swapped in favor of the vernacular Mass instituted by the 1963-65 Second Vatican Council.

A year ago, Francis reintroduced the restrictions on celebrating the Old Latin Mass, which had been allowed by his predecessor Pope Benedict XVI in 2007. Unlike that document, which was aimed at bishops and priests, “Desiderio Desideravi” is addressed to all the Catholic faithful.

The beauty of the liturgy, Francis wrote, is not about “the search for a ritual aesthetic” that focuses on “a careful exterior observance of a rite” or “a scrupulous observance of the rubrics.” Nor does the pontiff wish for the Catholic Mass to be reduced to “a careless banality” or “ignorant superficiality.”

Akin to an artistic performance, the liturgy must be rehearsed and carefully prepared, the pope wrote, so that faithful may participate in wonder at the sacrament in which, Catholics believe, the bread and wine are transformed into the body and blood of Jesus.

“But even if the quality and the proper action of the celebration were guaranteed, that would not be enough to make our participation full,” the document states.

Some conservative prelates and lay people have championed the pre-Vatican II Latin rite to express dissent against Francis, who they believe is furthering secularization in the church. Proponents of the old rite claim that the incense-filled and shimmering-gold celebrations function as a pull toward the divine, dismissing today’s liturgy as too austere.

“If the reform has eliminated that vague ‘sense of mystery,’ then more than a cause for accusations, it is to its credit,” Francis wrote. “Beauty, just like truth, always engenders wonder, and when these are referred to the mystery of God, they lead to adoration.” 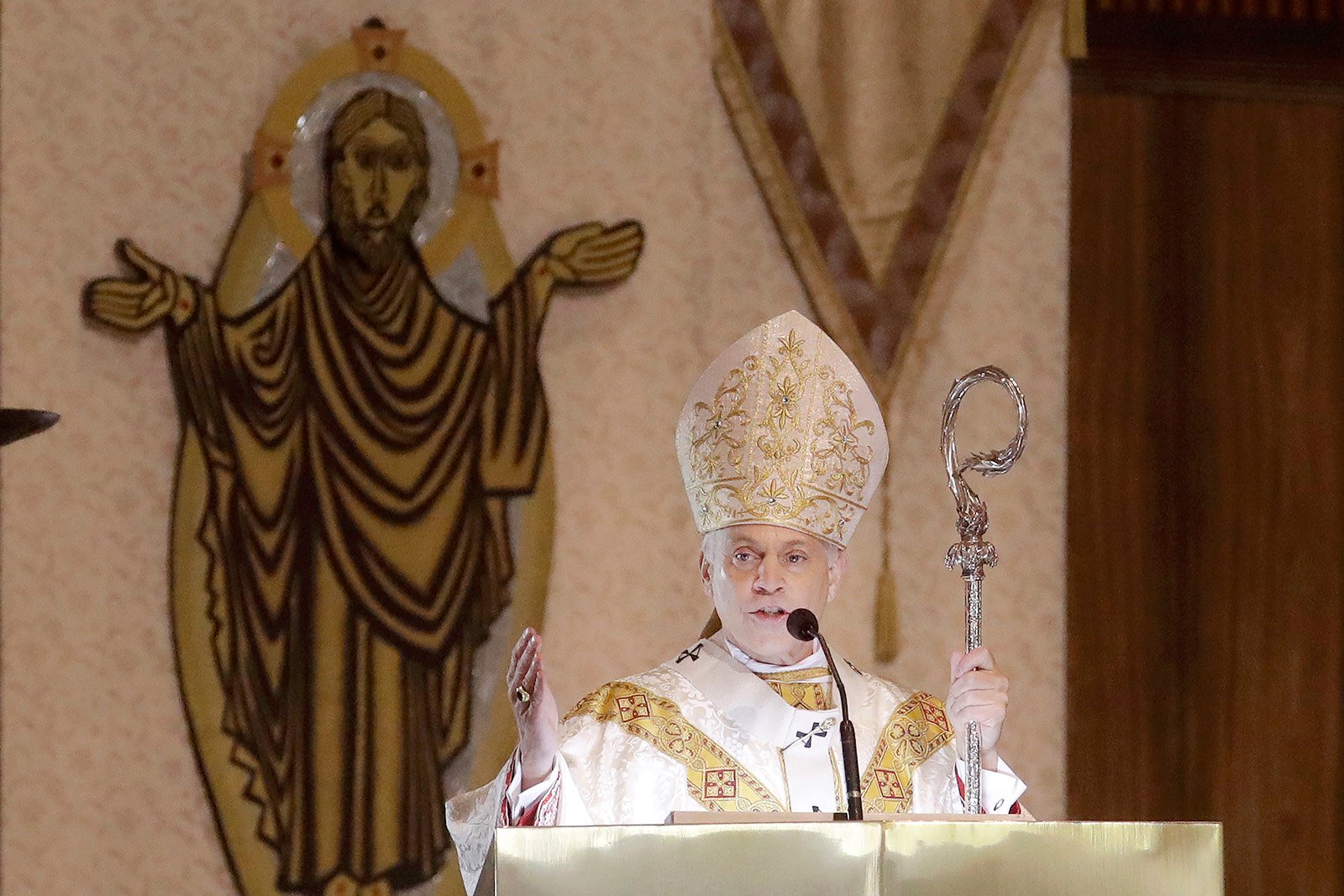 The new document appeared just as several prominent conservative cardinals and bishops attended a conference on Catholic liturgy at St. Patrick’s Seminary in the Archdiocese of San Francisco, whose leader, Archbishop Salvatore Cordileone, has been at odds with Francis’ policy of giving Communion to Catholic politicians who support abortion rights.

Participants at the June 28-July 1 meeting, titled “Sacred Liturgy,” include Cardinal Robert Sarah, a retired West African prelate who until last year headed the Vatican’s liturgy department, and Cardinal George Pell, an Australian who stepped down as the Vatican’s financial reform czar in 2020 to successfully defend himself against sexual abuse charges. Both have been critics of Francis.

The document released Wednesday directly addresses the factionalism over the Latin Mass. “Behind the battles concerning rite, in the end, are hidden differing views of the church,” wrote Andrea Tornielli, the head of the Vatican communications department, in an article accompanying the document.

Francis himself voices dismay in “Desiderio Desideravi” at the pushback that Vatican II still meets today. As pope he has cautiously but determinedly opened the church and the Eucharist to divorced and remarried couples, people who have had abortions and, most recently, politicians who support abortion rights.

“The world still does not know it, but everyone is invited to the supper of the wedding of the Lamb,” the pope said in the document, alluding to a passage in the New Testament’s Book of Revelation. “To be admitted to the feast all that is required is the wedding garment of faith which comes from the hearing of his Word.” 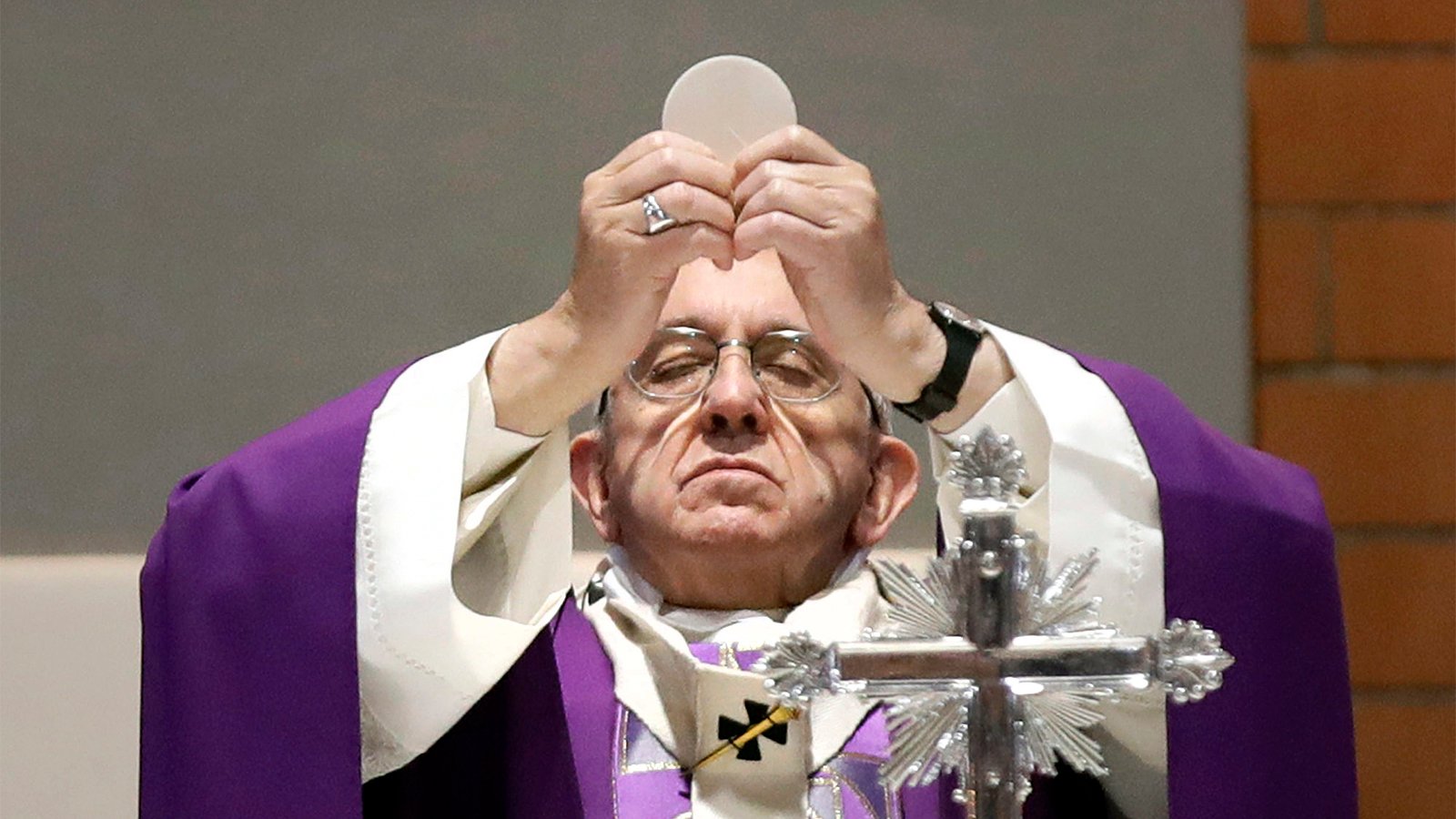 Francis underlined that the liturgy “has nothing to do with an ascetical moralism.” The phrase “ardently desire” is itself a quote from the Gospel of Luke describing Jesus’ wish to share Passover, one of the bases for the Mass, with his apostles.

The pope also offered some cautionary words for priests who put themselves at the center of the liturgy, cautioning them against “a heightened personalism of the celebrating style which at times expresses a poorly concealed mania to be the center of attention.”

This is especially the case when Masses are celebrated online, the pope wrote, a phenomenon that has grown in popularity since the onset of the pandemic.

RELATED: In defiance of US bishops, Nancy Pelosi receives Communion at the Vatican

The liturgy is about placing “the other” first, the pope wrote, and while it has been studied by scholars, Francis wrote, it should be offered “in an accessible way, so that each one of the faithful might grow in a knowledge of the theological sense of the Liturgy.”

The pope also reminded his readers that the Second Vatican Council moved with the full authority of the church. “We cannot go back to that ritual form which the Council fathers (…) felt the need to reform, approving, under the guidance of the Holy Spirit and following their conscience as pastors, the principles from which was born the reform,” Pope Francis concluded.

“Let us abandon our polemics to listen together to what the Spirit is saying to the Church. Let us safeguard our communion. Let us continue to be astonished at the beauty of the Liturgy,” he added.

RELATED: What has the demise of Roe v. Wade cost the Catholic Church?