STOCKTON, Calif. (RNS) — A joyous celebration honoring Our Lady of Guadalupe was well underway at Misión Latina Luterana last December when the Rev. Megan Rohrer, then-bishop of the Sierra Pacific Synod, announced to the Latino congregation that its pastor, the Rev. Nelson Rabell-González, had been fired.

After a few moments of confused chaos, the parishioners walked out, carrying their statue of the Virgin of Guadalupe with them. “The Virgin goes toward the front!” a woman advised as they left the sanctuary.

Rohrer — who had made history months before by being elected the first transgender bishop in the Evangelical Lutheran Church in America, the United States’ largest Lutheran denomination— stood by and watched the congregants leave. One parishioner asked the bishop, “Do you know what you’re doing?”

“We’re a community under the same faith,” another woman said. “If they don’t respect this special day, what else can we expect?” the woman was heard saying in live video of the service.

RELATED: Why the largest US Lutheran denomination apologized to a Latino congregation

Eight months later, the 100 or so members of Misión Latina Luterana — now renamed Iglesia Luterana Santa María Peregrina — find themselves at the center of a racial reckoning in the ELCA, one of the nation’s least diverse denominations. 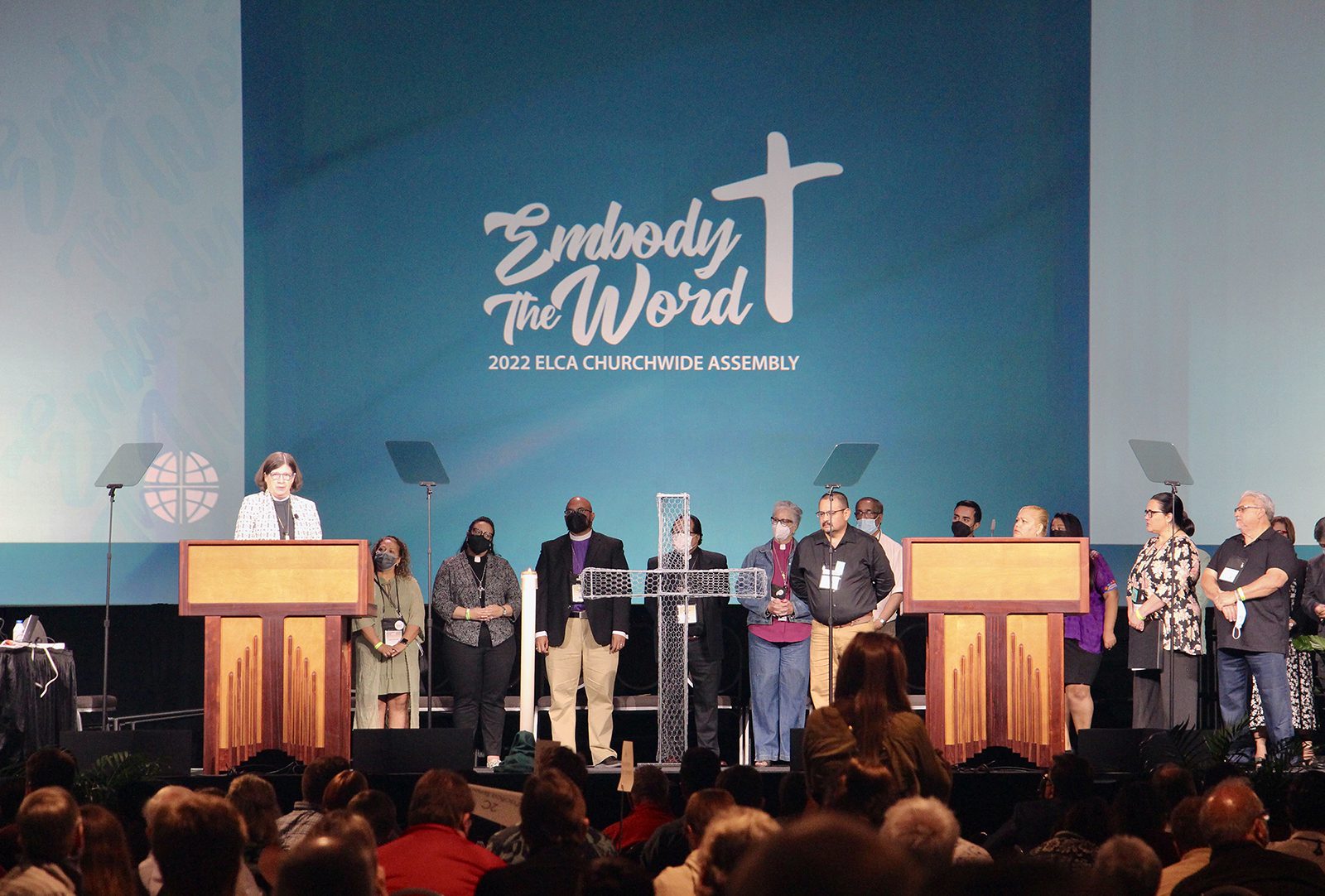 Rohrer’s insensitivity in choosing to remove Rabell-González on Our Lady of Guadalupe’s feast day — a high point of Mexican Christianity — followed by the ham-handed handling of the aftermath by denominational leaders, “exposed the depth of systemic racism that we wrestle with as a church and in society,” said ELCA Presiding Bishop Elizabeth Eaton in an apology delivered Tuesday (Aug. 9) at the denomination’s triennial meeting in Columbus, Ohio.

Leaders of the denomination, which is 96% white, say they’re striving toward “becoming a multiethnic and multicultural church” as they grapple with the disruption.

What was truly demeaning, congregants told Religion News Service in a visit to the church last month, is that they were never taken into account. If church leaders truly felt their pastor posed a threat, why weren’t they properly informed about anything?

And though the congregation walked out after Rohrer’s announcement on Dec. 12, its members say they were the ones who were eventually abandoned. With Rabell-González’s firing, the congregation lost its funding and support from the denomination. 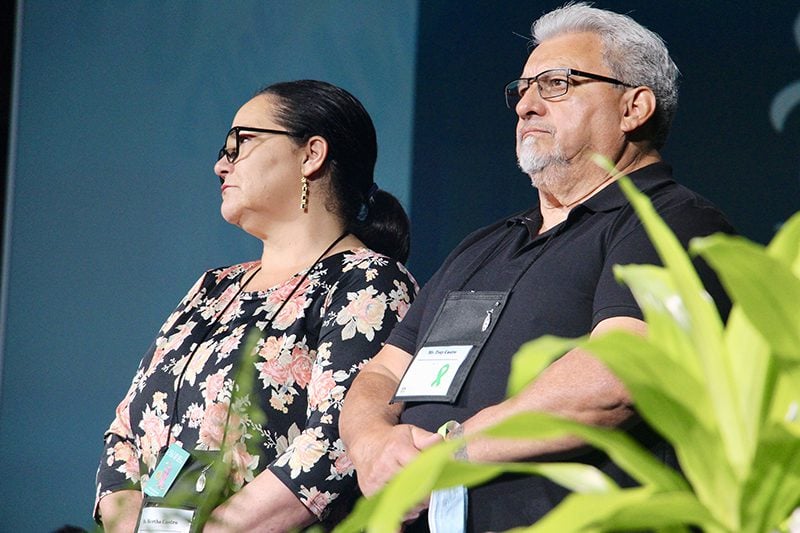 “They kicked us out of the church that day and they forgot about us,” Bertha Castro, of Iglesia Luterana Santa María Peregrina, told RNS in late July. “They left us with no one.”

Rohrer, who has since resigned as bishop, fired Rabell-González after receiving “continual communications of verbal harassment and retaliatory actions” by the pastor, which he has denied. “The severity of the situation required immediate action to safeguard the Latinx community,” according to the statement from the Sierra Pacific Synod.

Now, Bishop Claire Burkat, who has stepped in as interim bishop of the Sierra Pacific Synod, has promised the congregation an investigation into the circumstances of Rabell-González’s removal and an opportunity for the pastor to publicly address the complaints against him. The congregation will also participate in the investigation.

Rabell-González is asking to be reinstated to the ELCA roster “after a thorough and just investigation has been completed.”

Many members of Iglesia Luterana Santa María Peregrina have been with Rabell-González since about 2019, when he led another church in the nearby city of Lodi.

Jovita Torres began driving from her home in Stockton to Lodi for services about two years ago, after years of worshipping at a Roman Catholic Church that she and her husband didn’t find fulfilling. She recalled a time when she tried to organize outreach efforts at the parish to benefit victims of an earthquake in Morelos, Mexico, only to be scolded by the priest as “opportunistic.”

“We thought we were a part of the church,” she said.

Carlos Navarro, another congregant, made finding a new neighborhood parish a main goal after moving to Stockton from Oakland, where his Catholic parish was “very united.” He hoped to find something similar. Instead, he was dismayed when he said many of the area Christian churches he visited would immediately ask him for money.

His wife heard about Rabell-González’s congregation. “When I entered their church, everyone received me. Welcome, they said.” 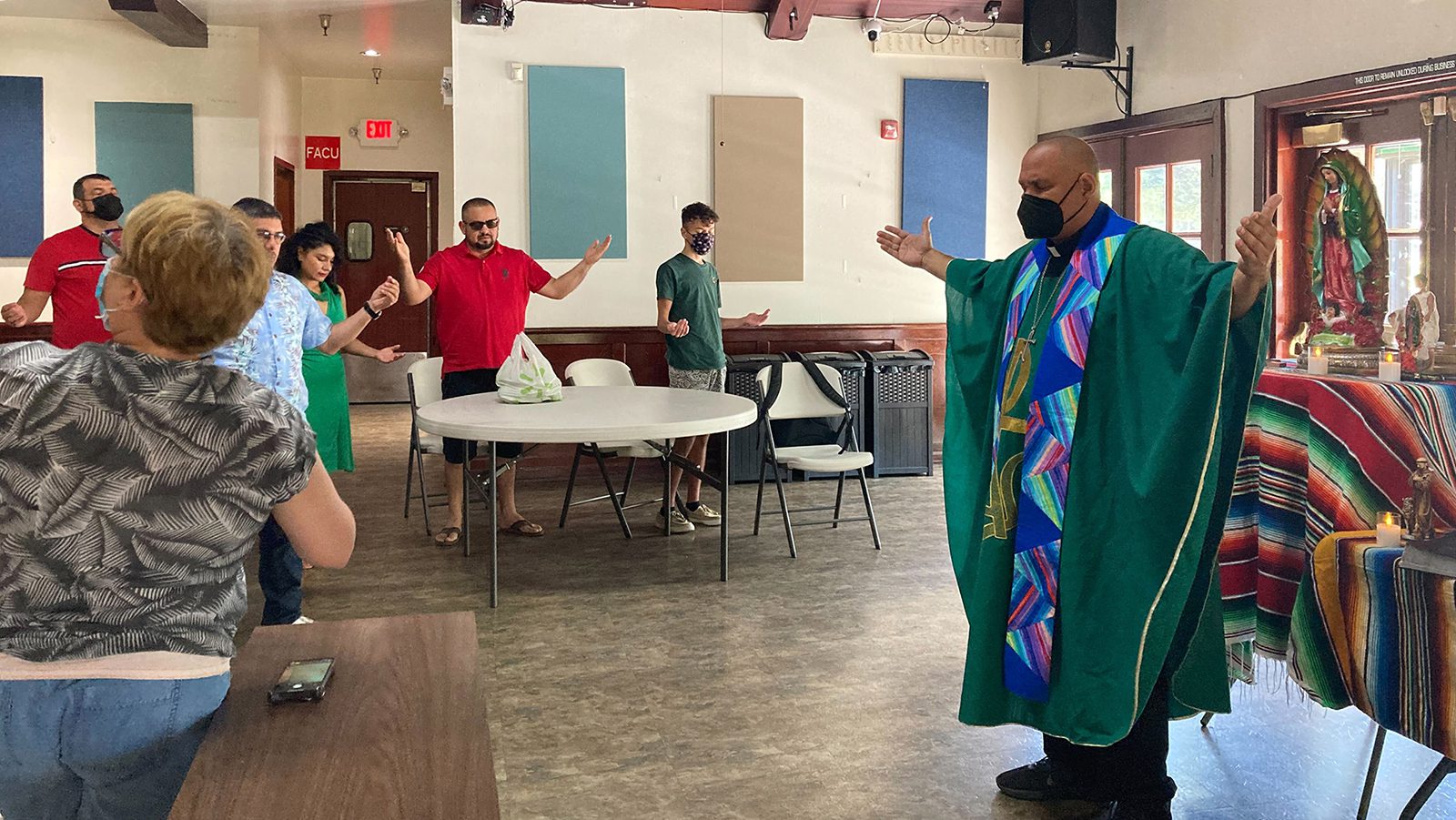 On a recent Sunday in late July, dozens of the church’s members attended a noon service in a meeting room at the First Congregational Church in Stockton. A small statue of Our Virgin of Guadalupe was placed prominently. Tamales and doughnuts were on hand.

At the service, Rabell-González focused on the Lord’s Prayer and challenged parishioners to not center themselves and their needs when they’re praying.

“When you’re crying for justice, for equality, for health, for economic prosperity, for the bread of every day, don’t forget to ask for your brothers and sisters, for other countries in the world,” Rabell-González said.

“It’s important to connect yourself to the rest of the world,” he said.

As Rabell-González petitioned for prayers, congregants prayed for immigrants and migrant workers, for peace in Ukraine and Central America. Rabell-González’s wife asked that they pray for “justice within the church of God.”

“We understand that, although God is the center of the church, its leaders are humans and they make mistakes,” she said. 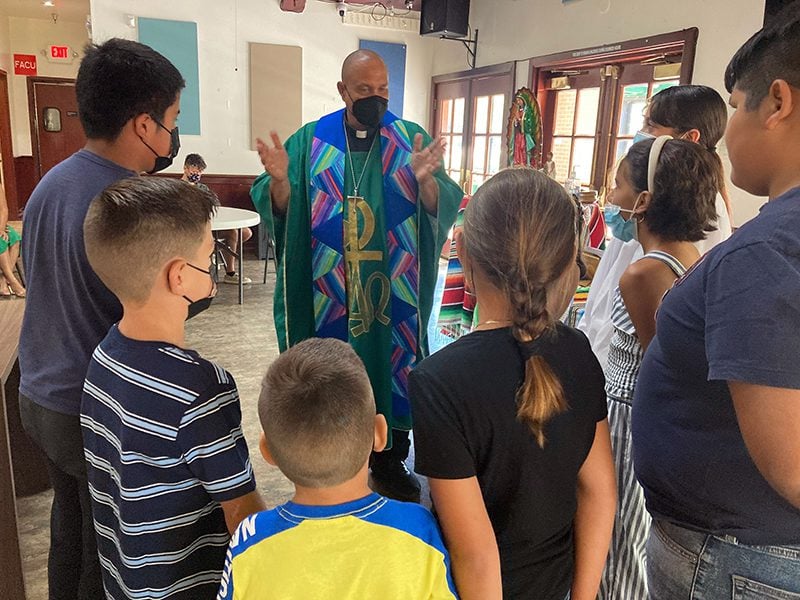