(RNS) — The U.S. Supreme Court ruled this summer in favor of a high school coach who had been fired after his prayers at the 50-yard line after games had become a spectacle. Does this decision mean that prayer in public schools will become common across the country?

The ruling certainly raised alarms among those who see this case, Kennedy v. Bremerton School District, as a reversal of decades of case law that forbade school employees from leading schoolchildren in prayer. Courts had feared that such activities put undue pressure on the students to conform to a faith endorsed by a government employee.

The Court’s June 27 decision instead ruled that Coach Joe Kennedy’s freedom of speech and freedom of religion were unconstitutionally restricted by the Bremerton, Washington, school district, even though the district provided him a place to pray in private.

Kennedy “initially prayed alone on the 50-yard line at the end of games,” according to The Associated Press. “Students started joining him, and over time he began to deliver a short, inspirational talk with religious references. Kennedy did that for years and also led students in locker room prayers. The school district learned what he was doing in 2015 and asked him to stop out of concerns the district could be sued for violating students’ religious freedom rights.”

The school district was correct. Allowing teachers or coaches to lead students in prayer has long been seen as an endorsement of a particular religious view. It is not farfetched to believe that some students and athletes would feel coerced to participate to stay on the good side of a person who can determine their future by giving them good grades or allowing them to play.

The case was greeted with hymns of praise, on the other hand, by the U.S. Catholic bishops, who had supported Kennedy. This is surprising granted the history of Catholicism in this country.

When Catholic immigrants began flooding into this country at the end of the 19th century, they found public schools using Protestant prayers and the King James Bible. This was anathema to Catholics and was one of the reasons the bishops created the Catholic school system.

As a result, Catholics (along with Jews) cheered when the Supreme Court forbade teacher-led praying in public schools. No longer would Catholic and Jewish children be forced to pray Protestant prayers or read the Protestant Bible.

Now, however, in a case of hierarchical amnesia, the bishops supported Kennedy and cheered when he won his case. “The freedom to pray is essential to the moral duty all people possess toward the truth,” Cardinal Timothy Dolan of New York said. “The Court’s decision to prevent the forced expulsion of voluntary prayer from public life is a major victory for all Americans who wish to discover and live the truth.”

Citing religious freedom, the bishops have also been waging war against those who want to deny government aid to Catholic schools, hospitals and other institutions. They have defended the right of Catholic doctors and nurses to refuse to perform treatments considered immoral by the Catholic Church.

The bishops might see defending prayer as a victory for religious liberty, but have they forgotten the Catholic students in public schools who might be coerced by such prayer?

Do the Catholic bishops no longer fear that Catholic students will be forced to recite or listen to prayers that are out of sync with Catholic theology?

Certainly, throughout the South and in other rural areas, prayers will be recited that are contrary to Catholic theology. Catholic children will absorb Protestant ideas concerning the Bible, the rapture, faith versus works and the need to be born again. Just as important will be the absence of any reference to the sacraments, the saints or the Trinity. 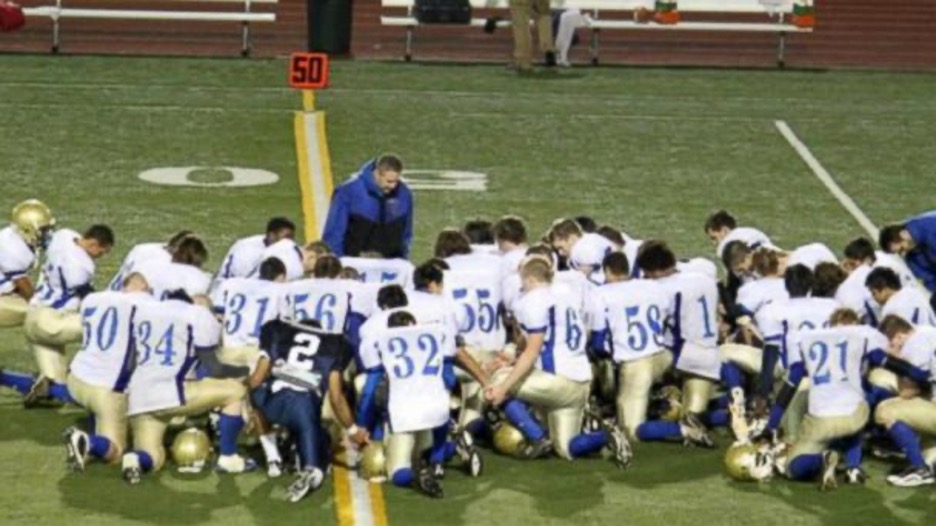 We’re used to contradictions in these church-state battles. Most Republicans, for instance, cheered the court’s ruling in Kennedy, including those who don’t trust teachers to teach about race or gender, but apparently trust them to lead students in prayer.

When carefully read, however, the decision written by Justice Neil M. Gorsuch may be the most confounding part of the case. It may not turn out to be as bad as opponents believe, or as good as supporters would like.

Gorsuch argues that the coach’s prayer after a game was a private action. “He offered his prayers quietly while his students were otherwise occupied,” Gorsuch wrote. In her dissenting opinion, however, Justice Sonia Sotomayor included photos showing a large group of players surrounding the coach as he prayed.

While Sotomayor may have been right at one time, The Associated Press reports that the coach “stopped leading students in prayer in the locker room and on the field but wanted to continue kneeling and praying on the field himself after games.” The school “asked him not to do so while still ‘on duty’ as a coach after the games,” even offering to let him pray on the field after the stadium emptied.

“When he continued, the school put him on paid leave,” reports AP. “The head coach of the varsity team later recommended he not be rehired because, among other things, he failed to follow district policy.”

Thus, Gorsuch writes, “The contested exercise here does not involve leading prayers with the team; the District disciplined Mr. Kennedy only for his decision to persist in praying quietly without his students after three games in October 2015.”

Still, Gorsuch’s opinion, even if construed narrowly, is naïve and unworkable.

If a high school football coach, who is often a more important public figure than the principal, is allowed to publicly pray immediately after a game before the grounds are cleared of students, is this a private act?

And if students join the coach in prayer, can the school then stop it? If not, we are right back to students being led in prayer by a school employee who would be exerting undue pressure on the students to join him in prayer.

In addition, although the court’s ruling may be narrow, can we rely on school districts and lower courts to interpret the court’s decision strictly, or will they open up prayer beyond private prayer without students?

The amicus curiae brief presented by the U.S. bishops surprisingly downplays fears about students being intimidated into joining the coach in prayer.

“The most Respondent can point to is that some players chose to join his prayers because they ‘feared’ they ‘otherwise wouldn’t get to play as much,’ or because they didn’t want to feel ‘separate’ from the rest of the team,” said the bishops’ brief. “But neither an unsubstantiated fear of reprisal nor peer pressure amounts to the type of penalty necessary to establish the coercion that the Establishment Clause has historically prohibited.”

Such reasoning reflects celibates who are out of touch with high school students who need good grades to get into the college of their choice or need exposure on the playing field to get the sports scholarship needed to pay their college tuition.

The bishops, who are normally paranoid about protecting religious freedom, appear unconcerned about potential threats to the religious freedom of Catholic students in public schools. This betrayal would cause their 19th-century predecessors to turn over in their graves.

RELATED: Why the Supreme Court’s football decision is a game-changer on school prayer

Gorsuch’s opinion, with its lack of clarity, opens a Pandora’s box that will lead school districts and courts to interpret the decision in different ways. If it is OK, according to Gorsuch, for a coach to offer “his prayers quietly while his students were otherwise occupied,” can a school district fire a coach if he prays aloud or when the students are not otherwise occupied?

In other words, is this decision a one-off protecting private, personal prayer, or is it the camel’s nose for more public prayer in public schools?

We won’t know the answer to these questions until new cases work their way through the judicial system and up to the Supreme Court. If the facts of a future case are as Sotomayor describes them (a coach or teacher leading students in prayer), where will Gorsuch land, protecting the adult’s religious freedom or the students’?