A spokesman for the SBC Executive Committee’s lawyers said that the committee “has received a subpoena. No individuals have been subpoenaed at this point.”

Southern Baptist leaders pledged to cooperate fully with investigators, who will be looking into several SBC entities, according to a statement released by the SBC Friday (Aug. 12).

“Individually and collectively each SBC entity is resolved to fully and completely cooperate with the investigation,” said the SBC statement. “While we continue to grieve and lament past mistakes related to sexual abuse, current leaders across the SBC have demonstrated a firm conviction to address those issues of the past and are implementing measures to ensure they are never repeated in the future.”

The statement was signed by Southern Baptist Theological Seminary President Al Mohler and other seminary presidents; the Executive Committee; the Ethics and Religious Liberty Commission; leaders of the SBC’s International Mission Board and North American Mission Board; along with executives at Lifeway, the SBC’s publishing arm; the Women’s Missionary Union; and GuideStone, which handles retirement and insurance benefits for churches.

At their annual meeting in June, Southern Baptists approved a series of reforms to address abuse, including setting up a website to track abusive pastors. Barber recently named a nine-member task force charged with implementing those reforms. 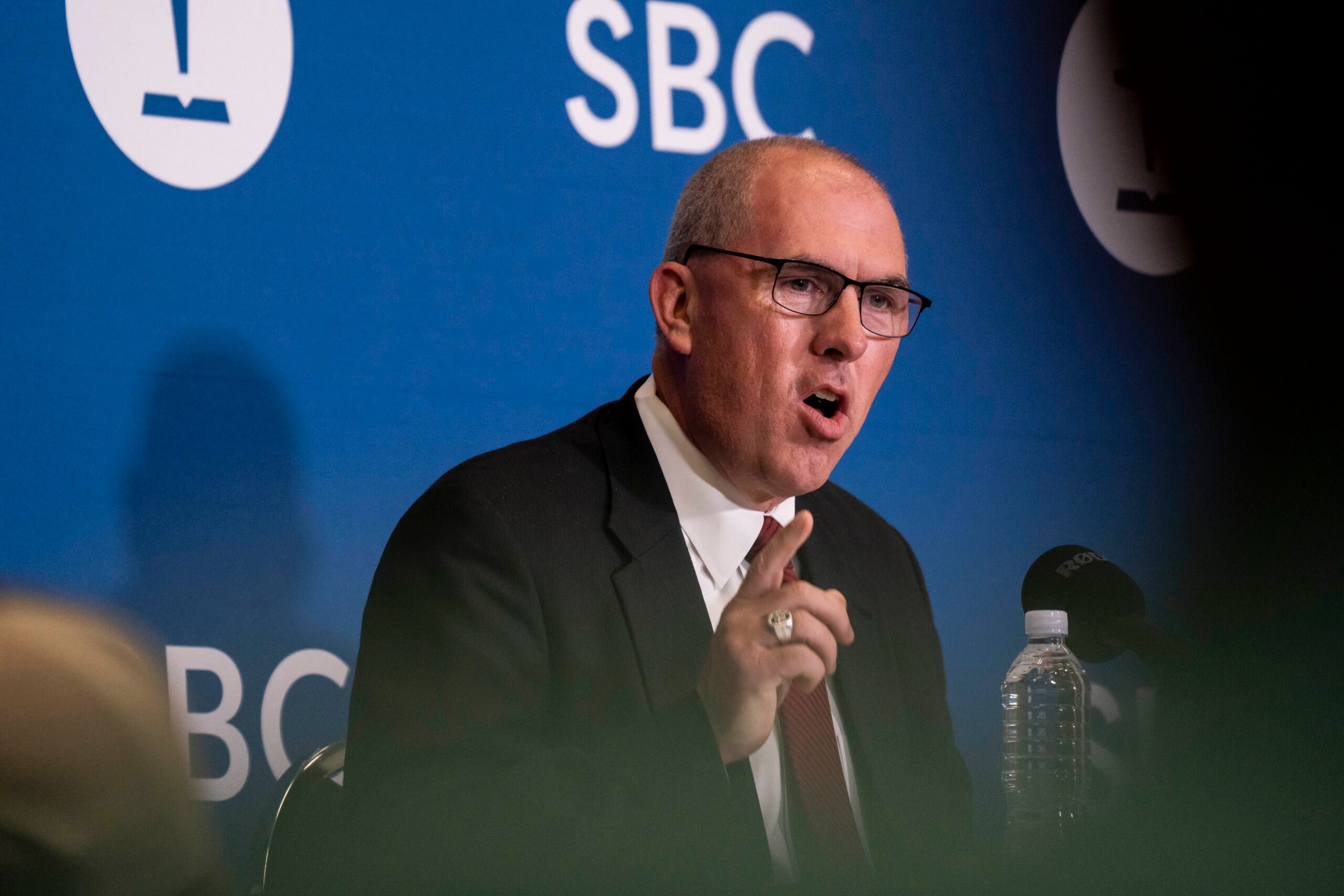 Southern Baptists have been divided for decades over how to deal with the issue of abuse, with top leaders saying there was little the denomination could do to address the issues, as all of its churches are autonomous. Following a 2019 Houston Chronicle investigation that found hundreds of cases of abuse, Southern Baptists issued a public lament, set up a program to train churches to care for abuse survivors and set up a process to disaffiliate with churches that mishandled abuse.

In 2021, Southern Baptists approved an investigation into how the denomination’s Executive Committee had responded to abuse. A group of SBC leaders, including high-ranking members of the committee, attempted to limit the scope of the investigation and to control any public disclosures but eventually lost the battle under pressure from rank-and-file members of the convention.

The ensuing investigation led to a May 2022 report from Guidepost Solutions, which found Southern Baptist leaders mistreated abuse survivors for decades, often portraying them as enemies of the church, and downplayed the number of abuse cases in local congregations. Many Baptists alleged these attempts were aimed at protecting the institution from liability.

“In service of this goal, survivors and others who reported abuse were ignored, disbelieved, or met with the constant refrain that the SBC could take no action due to its polity regarding church autonomy — even if it meant that convicted molesters continued in ministry with no notice or warning to their current church or congregation,” investigators wrote.

Investigators also found former SBC President Johnny Hunt had been credibly accused of sexually abusing another pastor’s wife. Hunt first denied that allegation, then later said that the encounter had been consensual.

In their statement, Southern Baptist leaders pointed to the Guidepost investigation as a sign they want to address the issue of abuse in a serious manner.

“Our commitment to cooperate with the Department of Justice is born from our demonstrated commitment to transparently address the scourge of sexual abuse,” it said.

Bruce Franks, who chaired a previous SBC abuse task force charged with facilitating the Guidepost Solutions investigation, said he had not received a subpoena about an investigation. Neither had Lifeway nor the ERLC.

The Department of Justice’s Middle District of Tennessee office did not respond to a request for comment.

In 2018, the attorney general of Pennsylvania released a report detailing more than 1,000 cases of abuse in Roman Catholic dioceses. Other states have also investigated clergy sex abuse.