(RNS) — Several summers ago, my younger son and I went to Berlin. For me, the most meaningful experience of my time in that city was the morning we visited the campus of Humboldt University. That was the location of the infamous book burnings by the Nazis in 1933.

We spent a few moments at the memorial for those burnt books, meditating silently on the meaning of intellectual repression, mindful of Heinrich Heine’s eerily prescient warning in 1820: “Where they burn books, they will ultimately burn people as well.”

We then moved on. We strolled to the site of the Rosenstrasse protest. That was where, in the winter of 1943, a group of non-Jewish women protested the arrests of their Jewish husbands. Their protests were successful; the men were released.

Then, close to that site, we encountered a sculpture — of a man sitting on a bench, blithely looking away, averting his gaze from what is going on around him. 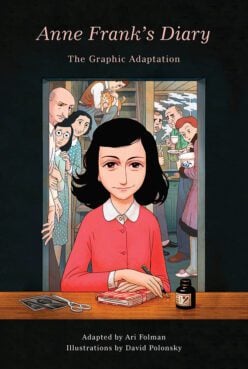 These memories crashed into my soul this week, with the news that the Keller Independent School District in suburban Fort Worth, Texas, has ordered its librarians to remove a graphic novel adaptation of “The Diary of Anne Frank” from their shelves and digital libraries, along with the Bible and dozens of other books that were challenged by parents last year.

OK, I can understand removing the Bible. Sons sexually violating a father; a patriarch selling his wife into temporary sexual slavery in order to get a few camels; that same patriarch having sexual relations with the “help” in order to father a child; a man offering his daughters to an unruly mob for sexual abuse; the aforementioned patriarch almost killing his own son; a man having sex with his daughter-in-law, thinking that it had been a prostitute (that would be Judah, our ancestor and namesake!); the attempted seduction of a Hebrew man …

That’s just the Book of Genesis. And, to think: For the last 45 years, I have been earning my living teaching this text — to children!

What could I have been thinking?!

But, Anne Frank? What could possibly have been the problem?

The graphic novel makes explicit what readers of the original diary might have missed — that Anne had lesbian fantasies and desires.

So, for those of you who happen to live in the Keller school district, here it is:

But I had these feelings even before my period … I remember particularly one time when I spent the night at Jacque’s.

“Um … Jacque … could we show each other our breasts?”

“As proof of our friendship.”

If only she had known of my terrible desire to kiss her … I must admit, every time I see a female nude, I go into ecstasy. If only I had a girlfriend!

This is an accurate restatement of Anne’s entry in the “original” diary, dated January 5, 1944; it might have been expunged in some earlier versions. This, notwithstanding her simultaneous attraction to her annex-mate, Peter.

The censorious acts of this school district in Texas offend me. They should offend all people who believe in intellectual freedom. Let it not be lost on us that this happened days after the attempted assassination of Salman Rushdie, whose books also contain “forbidden” ideas.

For this has been the right wing’s playbook all along. This has been their strategy. They have started with small and local offices — with library boards and school boards — contenting themselves with the stifling of young minds and their imaginations.

They might have been content to see Anne Frank as one of the great tragic, moral heroines of our time.

But, that she might have been a lesbian or bisexual, this was far too much for them. 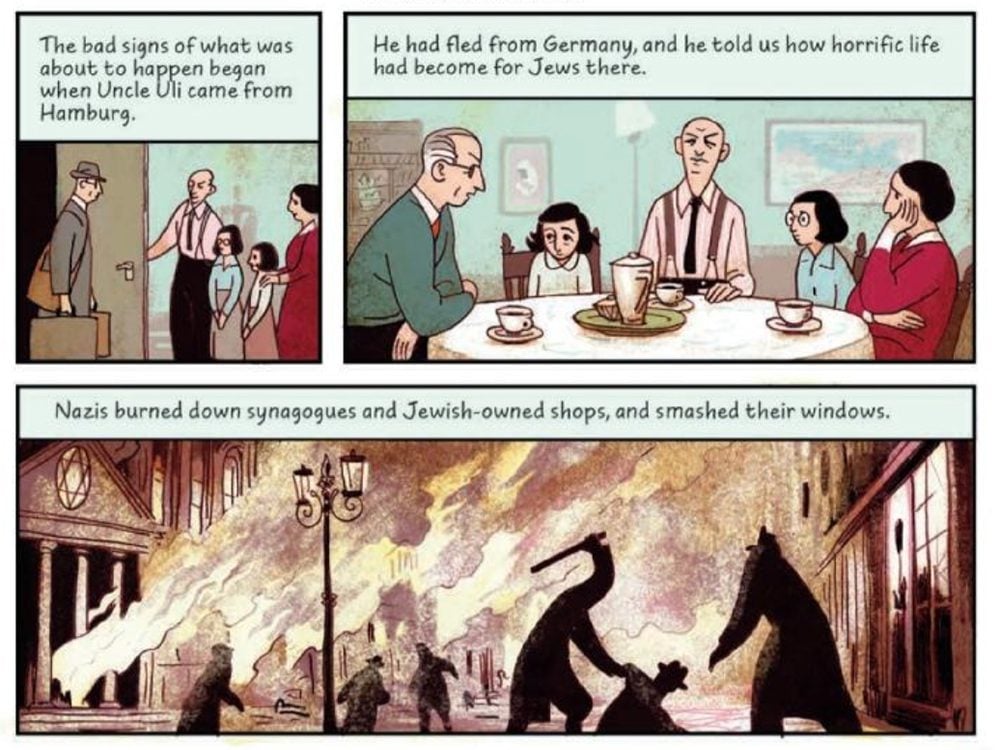 An excerpt from “Anne Frank’s Diary: The Graphic Adaptation.” Illustrations by David Polonsky

As for me, as a rabbi and educator of teens, I can tell you this.

Several years ago, at a different synagogue, my confirmation class read that graphic adaptation of Anne Frank’s diary. They came to that passage in the text, that revealed Anne’s desires.

We spent a lot of time talking about that. The students found that aspect of her life to be not salacious, but interesting. It made her more human. One girl included that aspect of our learning in her confirmation speech to the congregation.

For Jewish kids, the story of Anne Frank contributes to their sense of Jewish pride and solidarity.

For non-Jewish kids, it is a story of heroism. Years ago, I heard a Vietnamese refugee talk about how the story of Anne Frank had given her strength when her family was in dire straits, victimized by pirates in the China Sea.

Imagine, then, how the revelation of Anne’s private desires might inspire and strengthen LGBTQ kids who are looking for role models. In fact, that has been the case, as this article will make clear.

Back to that statue in Berlin.

But the other choice is a much more powerful choice — and that is the choice of activism, of screaming in the face of those who would destroy the intellectual and spiritual lives of our young people — all in the name of some imagined purity.

If the combined forces of anti-intellectualism, small-mindedness and intolerance want to continue their culture war, then let’s have it.

I will be in the front lines on the other side.

Oh, and another thing.

I am so done with being polite about this.