(RNS) — More than four decades after sexual abuse claims against a Catholic priest first made national headlines, spurring accusations, lawsuits, a series of newspaper investigations and billions in settlements, the U.S. Department of Justice is investigating a religious group’s handling of sexual crimes by clergy and church staff.

This time, the Southern Baptist Convention is under investigation, according to a statement released Friday (Aug. 12) by leaders of the nation’s largest Protestant denomination.

News of the investigation came months after the release of a report from the investigative firm Guidepost Solutions that found SBC leaders had mistreated abuse survivors and mishandled abuse claims for decades.

The question is: Why the SBC, and why now?

“If I were still in law enforcement, I’d want to take a hard look at the report myself and see if there is anything of potential value to prosecutors in terms of bringing criminal charges against an offender, or if there is anything that law enforcement needs to do to in order to prevent a crime,” said Kathleen McChesney, a former FBI agent who served as executive director of the Office of Child Protection for the U.S. Conference of Catholic Bishops. The DOJ generally gets involved only when a federal crime may have occurred, often when victims are transported across state lines as part of an illegal act.

While it has been rare for the FBI or other department investigators to look into religious groups’ activities, the DOJ is currently investigating the Archdiocese of New Orleans to determine whether abusive Catholic priests took children across state lines, The Associated Press reported in June.

“The issue has always been determining what is the federal crime,” Peter G. Strasser, the former U.S. attorney in New Orleans, told AP earlier this year. Strasser, according to AP, “declined to bring charges in 2018 after the archdiocese published a list of 57 ‘credibly accused’ clergy.”

But the DOJ may have decided to become more proactive in the wake of the USA Gymnastics scandal involving Dr. Larry Nassar, a former team doctor, who was eventually arrested and sentenced to up to 175 years in prison for abusing more than 150 women and girls. In 2021, a Justice Department report found the FBI “mishandled allegations of sexual abuse of athletes” by Nassar. 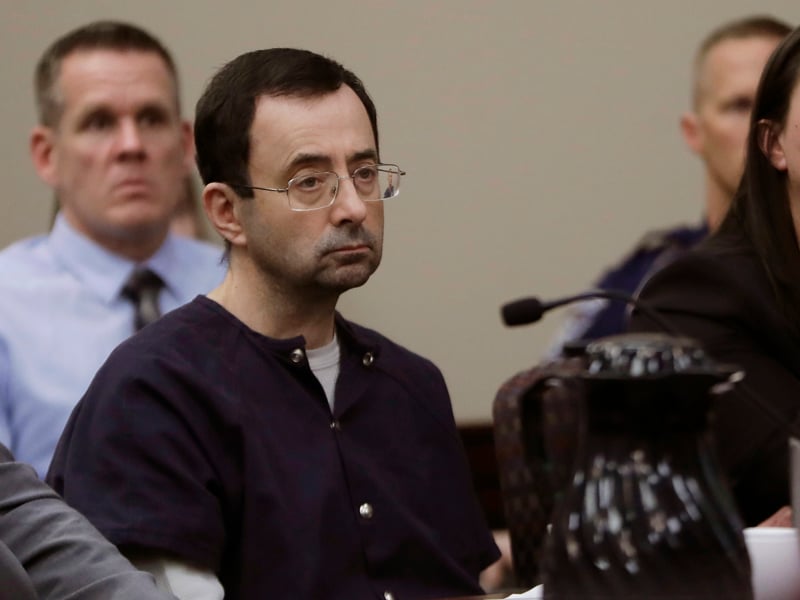 Larry Nassar sits during his sentencing hearing, Jan. 24, 2018, in Lansing, Michigan. The former sports doctor who admitted molesting some of the nation’s top gymnasts for years was sentenced to up to 175 years in prison as the judge declared: “I just signed your death warrant.” The sentence capped a remarkable seven-day hearing in which scores of Nassar’s victims were able to confront him in the Michigan courtroom. (AP Photo/Carlos Osorio)

“The report noted that according to civil court filings, about 70 women and girls were victimized by Nassar between the time when the FBI was first told of the allegations, and when Michigan officials arrested him on the basis of separate information,” The Washington Post reported last year.

McChesney said the #MeToo movement has also made investigating sexual assault and domestic violence more of a priority than in the past. Federal law enforcement is in a different place than in the early 2000s, she noted, when The Boston Globe, The Boston Phoenix and other outlets revealed the extent of sexual abuse in the Catholic Church in Massachusetts.

At the time, the FBI was focused on responding to the 9/11 terrorist attacks. And federal officials were rarely investigating crimes related to the Mann Act, which criminalized sex trafficking across state lines, said McChesney.

“Federal law enforcement was not focused on anything really but terrorism at that point,” she said. “While abuse cases weren’t ignored, they were not really on the radar until the last decade.”

She also said that the statute of limitations often made it difficult to prosecute sexual abuse or to file civil lawsuits.

“The whole landscape has changed over the past two decades,” she said, pointing to Pennsylvania Attorney General Josh Shapiro’s investigation that turned up more than 300 cases of clergy sexual abuse in the state’s Catholic parishes over the past 70 years. 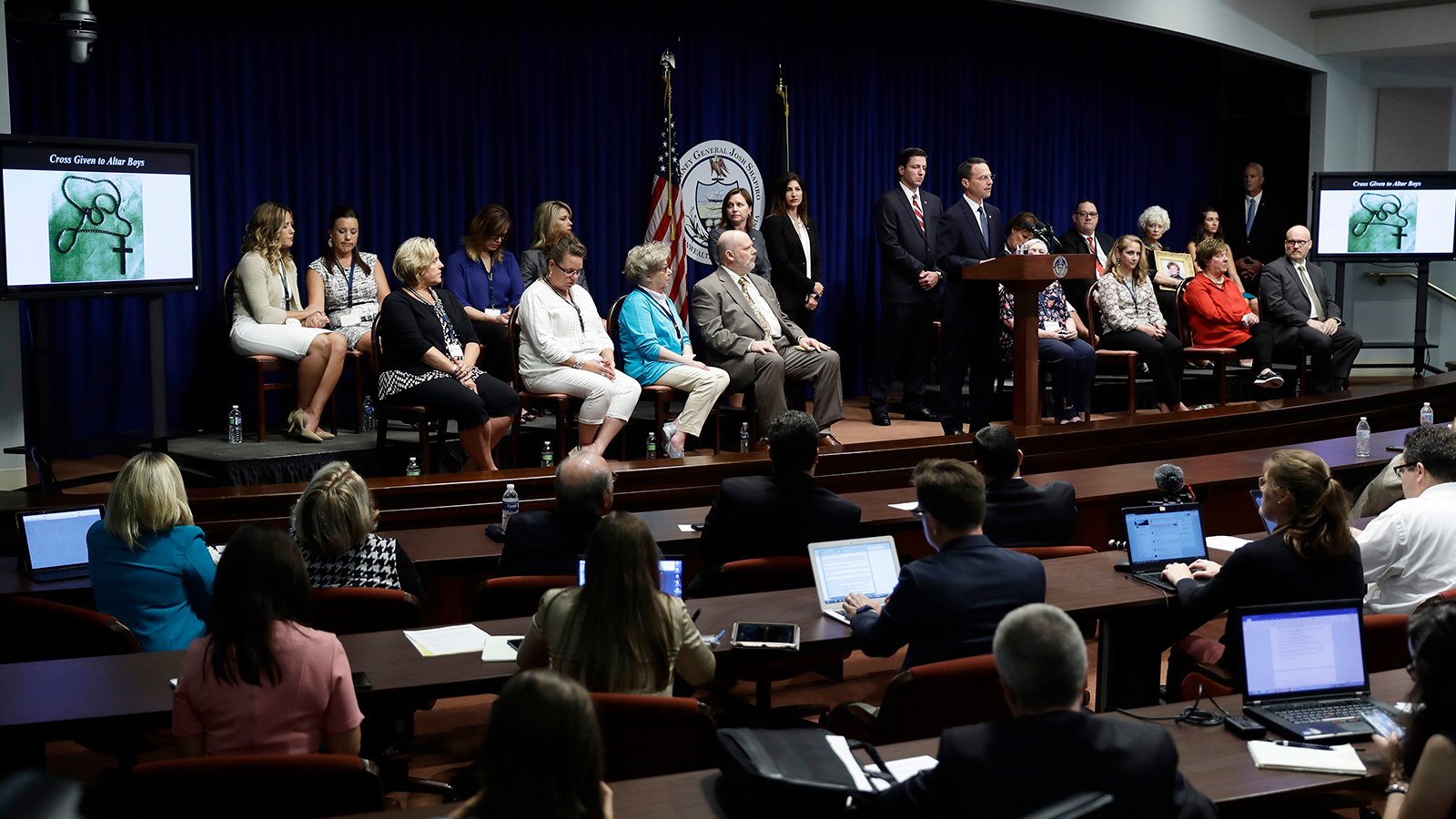 Pennsylvania Attorney General Josh Shapiro speaks during a news conference at the state Capitol in Harrisburg, Pennsylvania, on Aug. 14, 2018. A Pennsylvania grand jury investigation of clergy sexual abuse identified more than 1,000 child victims. The grand jury report says that number comes from records in six Roman Catholic dioceses. The people seated onstage were some of those affected by the clergy abuse. (AP Photo/Matt Rourke)

When federal investigators target churches or religious figures, McChesney said, other issues, such as fraud or discrimination, have normally been involved.

In 2016, the Department of Justice won religious discrimination convictions against local government officials in Colorado City, Arizona, and Hildale, Utah, who had ties to the FLDS. Those leaders were accused of discriminating against non-FLDS residents. A year later, FLDS church leader Lyle Jeffs was convicted after a federal indictment for food stamp fraud.