(RNS) — It was at the end of a religious service in the first 10 days of Muharram, some of the holiest days of the year for Shia Muslims, that news broke about the series of killings of Muslim men in Albuquerque — three in the space of two weeks. Initially suspected to be anti-Muslim violence, it was now believed that the suspect under arrest was acting on Shiaphobia — discrimination against members of the Shia sect of Islam.

My wife, my daughters and I are Shia Muslims. We, like many members of my community, are worried about what this attack means for us and our children. We are a community that has long been isolated and targeted, and these killings confirm that Shiaphobia is alive and active.

Shia Muslims make up a minority within the larger Muslim American community, which itself is only about 1% of the U.S. population. Following a different lineage of successors to the Prophet Muhammad than the majority Sunni Muslims, we are a minority as well among the global Muslim community, amounting to about 10% of Muslims worldwide.

RELATED: The world’s largest Muslim pilgrimage site? Not Mecca, but the Shiite shrine in Karbala

It is difficult enough being Muslim in the United States. But my family and other Shia Muslims feel isolation, vulnerability and further loneliness in a world where we often struggle to find a sense of belonging. Our distinct theology, jurisprudence and ethical frameworks are assumed to be incorrect by the masses, contributing to a dehumanization of my community. In many places, our religious and cultural narrative has virtually been erased.

At New York University, where I’m a professor of Islamic law and ethics, my students who know my religious identity have questioned my legitimacy and scholarship, particularly in classroom discussions where I asked them to see beyond what they have been taught about a religion of close to 2 billion people. Shia Muslims have long been seen as “the other” when it comes to discourse around Islam, and this alienation has repercussions.

As the stories came out of Albuquerque, it turned out that these dangerous forces led to this violence. Authorities say the suspect, who had a history of domestic violence charges against his family and harbored Shiaphobia, targeted men in the community who were Shias or perceived to be Shias.

As a freshman in college, I was asked to leave the Muslim prayer space on my university campus by my Muslim peers because I am Shia. I spent the next two and a half years of my collegiate career praying alone in a stairwell of the library. When I share my experience with young Shia Muslims, hundreds of them say they have had similar experiences.

As a chaplain at New York University, I speak with Shia Muslim Americans daily, and everyone I know who identifies as Shia has experienced physical, verbal or (at the very least) casual anti-Shia microagression from privileged Muslims and others whose perception of Islam is shaped through negative media stereotypes. Reporting on political turmoil in Iraq and Iran, where Shia Muslims make up a majority, often lacks nuance about the geopolitics of the Middle East, instead caricaturing Shia Islam as “bad” or “evil.” This skewed orientalist understanding of Islam, coupled with the United States’ ties to Sunni majority countries that have long contributed to the genocide of their Shia communities, has allowed for a perception that Shias are “less Muslim” or “less human” than others.

The tragic episode in Albuquerque must be a rallying cry to create avenues that allow Americans of all faiths and backgrounds to appreciate the important differences in religious practice and expression, their subtleties as well as the headlines. As we have conversations about diversity and inclusivity, it is vital for us to acknowledge that religion is a salient element of identity for millions of people in the United States. We must learn to utilize our differences as a source of strength and growth.

Unfortunately, there are few models for combating anti-Shia rhetoric in this country. At the Islamic Center at NYU, my colleague Imam Khalid Latif, a Sunni Muslim leader, and I have sought to create a socially pluralistic space that embraces unity, but not uniformity. We strive to create an environment where Shia Muslims, Black Muslims and other minoritized people on our campus can freely express their religious identity and just “be” without any qualifying statements.

There is still so much more work to do, but it’s a step in the right direction, and in a world filled with so much darkness, a small incremental step has to count for something.

(Sheikh Faiyaz Jaffer is the associate chaplain at the Islamic Center at New York University and a professor of Islamic law and spirituality at NYU’s Wagner Graduate School of Public Service. Follow him on Instagram @faiyazjaffer. The views expressed in this commentary do not necessarily reflect those of Religion News Service.)

News
He planned to bomb a mosque. New film recounts how the plan took an unexpected turn. 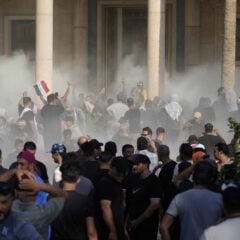 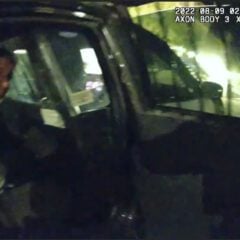